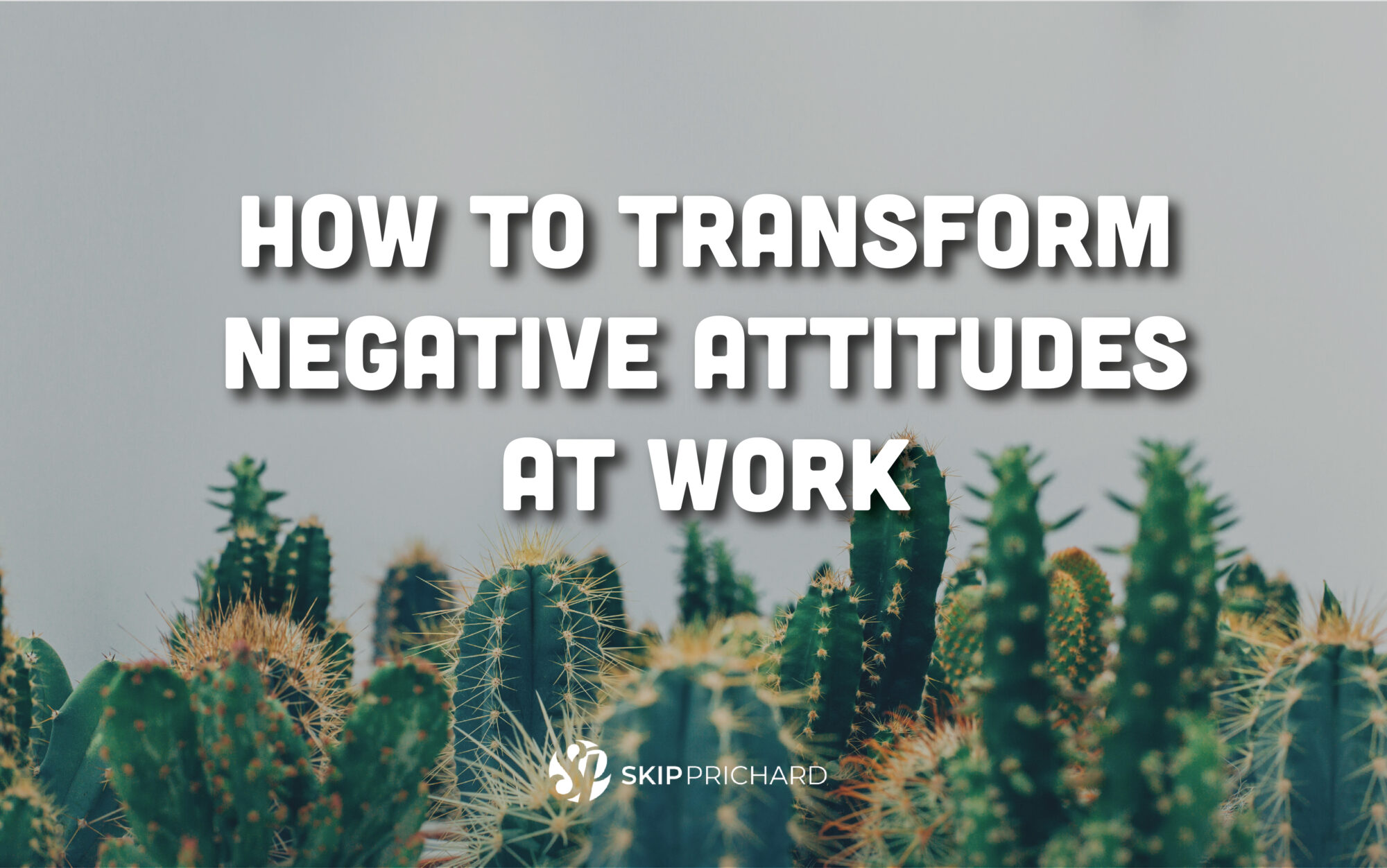 Learn how to escape the negativity trap.

Mark Twain famously said, “Don’t walk away from negative people… run!” But while that may be reasonable advice for our personal lives, it’s often not going to be possible at work, especially for leaders. We will encounter negative people on our teams; it’s just a fact.

The question for you is: will you manage those situations positively or negatively?

Many times, for those with an overwhelming negative attitude, the situation becomes a kind of self-fulfilling prophecy. I took over a team, years ago, who had a general attitude of, “This is impossible. There’s no way we can get this done. We’ve been set up for failure.” And, of course, with that attitude, they tended to fail more often.

“Negative people run the risk of being excluded, because others simply don’t want to be around them.” – Tammi Spayde

But the same can be said for how leaders treat people they perceive as being negative. As Tammi Spayde, one of my panelists in this week’s podcast pointed out, “Negative people risk being excluded because people don’t want to be around them.” That’s certainly true. But as managers and leaders, we often don’t have the luxury to avoid negative people. We have to deal with them… positively.

What does that mean? Our panel has some great advice that, I think, boils down to three main points:

1. Differentiate and navigate between negativity and criticism.

While the two can overlap, there are all kinds of legitimate reasons to be critical in business situations. We need people who can spot roadblocks ahead of time. But we also need to know how and when to share those comments. So, before lumping someone in with the “bad attitude” crowd, make sure that they’re not being helpfully critical, but maybe at the wrong time or in the wrong way.

“When dealing with negative people, setting healthy boundaries is necessary for yourself and them.” – Elyse Wampler

2. Have boundaries for yourself and your teams.

On our panel, Elyse Wampler pointed out that, personally, we need to have healthy boundaries that allow us to manage relationships with negative people. And Drew Bordas made the point that his department has a set of guidelines, such as “assume positive intent,” that tend to curtail negativity. What are those boundaries for you and your team?

“A negative mental barrier limits you and can become a self-fulfilling prophecy.” – Skip Prichard

One of my favorite authors and speakers, Jim Rohn, once said, “Turn frustration into fascination.” I think this can be a goal for you as a leader. Don’t write someone off because their negativity makes them harder to be around. Find out what’s up. Get “fascinated” about their situation. A small change in their work-life balance, a shift of tasks or timing, the chance for a stretch assignment, even a simple word of praise… you can empower yourself, as a leader, to help turn someone’s attitude around.

Find out how and why your team (or even you!) may be contributing to a negative environment. Then commit to flipping that around. This week’s expert podcast panel has some great ideas on how to get started. I hope you’ll listen in.