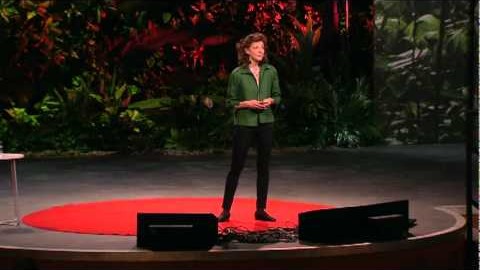 How do you know if you are being deceived?

Do you want to know when someone is lying to you?

“Lie spotters are armed with scientific knowledge on how to spot deception.” –Pamela Meyer

Pamela Meyer will help you spot a liar. She’s the author of Liespotting and a Certified Fraud Examiner.

Some interesting facts about lies:

Pamela tells one particular story that grabbed my attention. Koko, a gorilla, loved cats and was given a kitten. On one particularly destructive day, Koko managed to rip her sink right out of the wall. When asked about it, Koko signed to her humans that the kitten had done it. Amazing.

“The essence of lying is in deception, not words.” –John Ruskin

The Telltale Signs of a Lie

What are some telltale signs of a liar?

Meyer touches on some patterns of deception including verbal dodging and body language slips.

But lies are not only verbal; we can have body language slips. Meyer explains that liars:

And a cautionary note. Most of us may read the book or watch the video, but that likely doesn’t qualify us to know for “certain.” Be careful when making your own conclusions.

Still, it was a fascinating view into a world I knew little about. These signs are not proof of deception, per se, but she says to watch when you see clusters of them appearing together.

“In a time of universal deceit, telling the truth is a revolutionary act.” –George Orwell

Interested in learning more on how to spot a liar? Check out Meyer’s book Liespotting: Proven Techniques to Detect Deception.