How to Make Successful Connections in the New Global Era 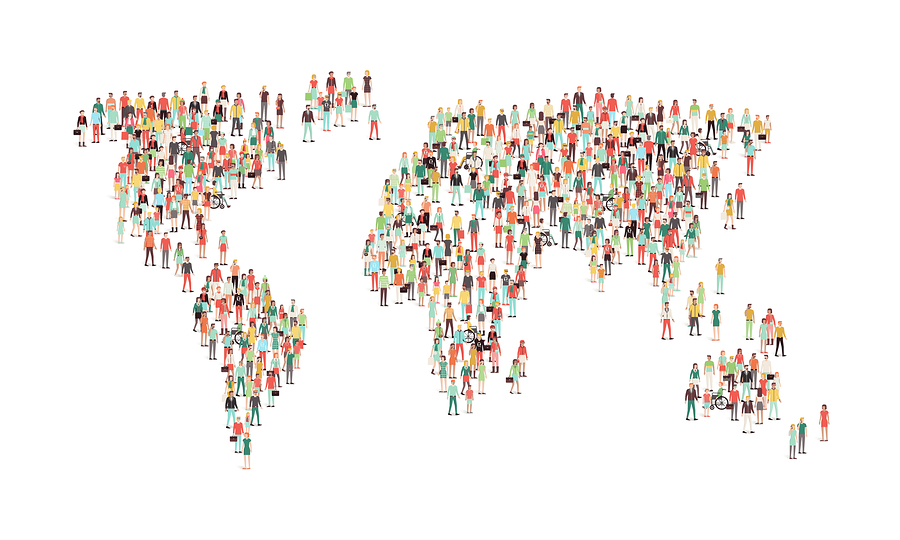 How to Make a Successful Culture Crossing

We live in an increasingly connected world. That much we all know. As a regular globetrotter, I know how easy it is to cross borders.

But it’s not always so easy to understand each other.

Often I see how a phrase in one language doesn’t translate to another. Try speaking on stage and using a gesture that is common in one country and see how it offends an audience in another. Technology and travel have moved faster than our understanding of cultural differences.

That’s why I loved reading strategic management consultant Michael Landers new book Culture Crossing: Discover the Key to Making Successful Connections in the new Global Era. It’s an extraordinary look into our differences. Michael provides insights into how we can create more effective interactions and thus achieve greater success in working with each other. I talked with him about his extensive work.

Leadership Tip: Be mindful of your own cultural programming when working with others.

Every time people from different cultures interact, a culture crossing occurs. When you get a culture connection, things go well, and the impact you have on each other matches your intentions. But there can also be a culture crash,  a phenomenon that occurs when someone from one culture unintentionally confuses, frustrates, or offends a person from another culture. Typically when these occur, people’s intentions are not in alignment with the impact they may be having on each other.

Would you share a high-profile example or two?  Some more recent culture crashes that come to mind include when Microsoft founder Bill Gates insulted the South Korean president by keeping one hand in his pocket while shaking her hand, a sign of disprespect in South Korea, or  when LeBron James inadvertently disrespected Princess Kate (and much of the U.K.) by slinging his arm around her for a photo op.

Recognize Your Own Cultural Programming

Can you share a few simple culture crash–minimizing techniques?

There is a three-step method that can apply in many situations that helps people to take some of the “cultural reflex” out of the equation and set themselves up for success.  It’s the same method I share with all my clients:

The methodology is widely applicable, whether the goal is to increase sales, build strategic partnerships lead people/teams, or maximize the potential of a diverse customer base.   The more you search through your cultural baggage and recognize your own cultural programming (Step 1), the easier it will become to put the next two steps into action. Getting to the bottom of your bag won’t happen overnight. I’ve been at it for several decades, and I still regularly discover new aspects of my cultural programming.

Acknowledge You’re in the Dark

Often some key mistakes are not immediately obvious. For instance, you share the example of Bill Gates getting a handshake wrong. He likely didn’t know until the next day’s headlines. Is there a way to recover?

When culture crashes happen, it is often a result of unconscious incompetence. More simply put: “You don’t know what you don’t know.” Acknowledging that you are in the dark is actually the first step to increasing your self-awareness and avoiding the kind of “crash” just described. It means you are ready to open your mind to things you may never have considered before.  If the crash has already happened and you need to recover, then communicating what played out in a respectful manner is a good best practice.

Why is it important to be culturally aware in the business world and within communities?

Most of us are barely aware of how profoundly our personas are affected by cultural programming—that is, until we encounter cultural code that is unfamiliar to us. Like our computers, our minds—our operating systems—may freeze up and crash. Instead of manifesting as a frozen keyboard or spinning rainbow of doom, a culture crash causes us to feel uncomfortable, perplexed and frustrated. We may shut down, explode with emotion or simply give up and walk away. Culture crashes like these can hinder success in every aspect of our lives in an era where so many of us live, work and play in multicultural communities

How does a leader benefit from having a global mindset?

From a leadership perspective, developing a global mindset is about moving from a place of unconscious incompetence to conscious competence, where you try and understand what you may not know. As a leader it’s vital, as big decisions are often made without considering the cultural implications.  This is increasingly becoming an issue as markets and organizations become more global in nature, and leaders aren’t always anticipating it.

“We are defined by being part of a global era in which cities and countries are more diverse than ever.” -Michael Landers

How does Culture Crossing help leaders and businesses adopt a global mindset?

What the book will do for leaders, businesses and individuals is make them aware of cultural programming. It will give them simple practical methodologies for avoiding culture crashes, and promoting cultural understanding, which amounts to increasing your cultural ROI.

What about the implications of globalization, social media, and technology? Are you seeing the world’s culture crashes happen less often as we communicate with people daily all over the world?  It’s an interesting phenomenon as everything from commerce to social networks are becoming increasingly connected, blurring borders and bringing people from around the globe closer together, setting the stage for more culture crossings than ever before, which inevitably leads to a greater possibility of more culture crashes.