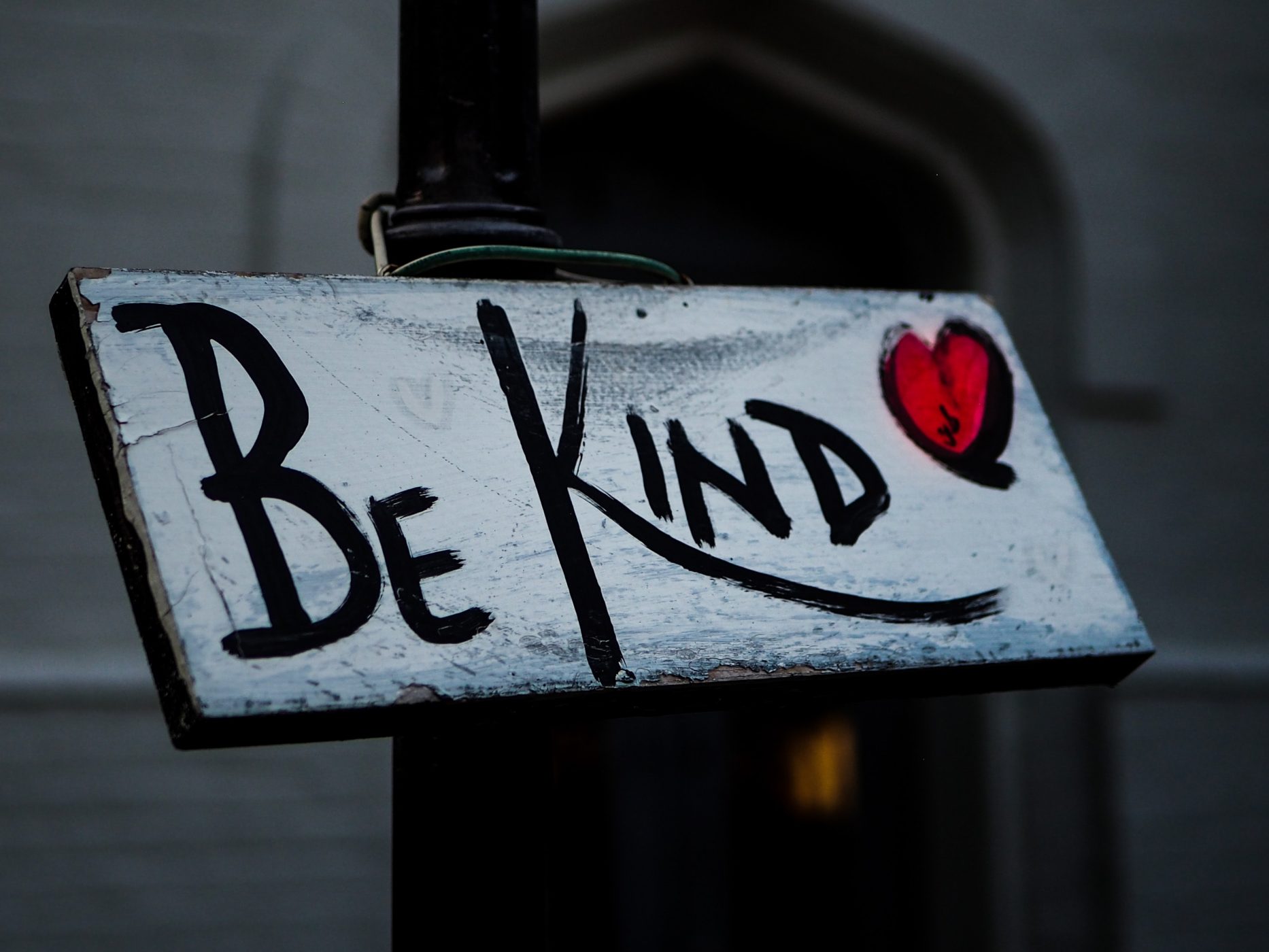 Do you believe success come more easily to those who are fair and decent or those who are Machiavellian and do whatever it takes to win?

David Bodanis shows a better path, one that starts with fairness and then mixed in with a good deal of human decency. Intrigued by his book, The Art of Fairness: the power of decency in a world turned mean, and its case studies and stories, I reached out to talk with him about his perspective.

“Wherever there is a human being, there is an opportunity for kindness.” -Lucius Annaeus Seneca

What is the Bodanis definition of fairness? 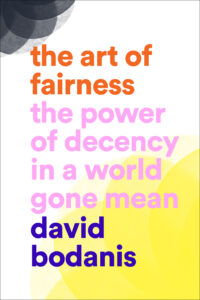 It really varies from place to place. In 1920s America, it was considered entirely ‘fair’ to have insider trading for those who were at the top: that was just one of the perks at the top. For example, when the great aviator Charles Lindbergh married the daughter of a Wall Street magnate, everyone accepted that of course he would be given secret inside information to help him get a jump in in his investments. Today of course that would be considered quite wrong. Similarly for the casual sexism of a generation ago, and much else that has changed over the years.

What this means is that most societies end up with a working understanding that’s pretty widely shared. In my book I talk about the justifiably disgraced Hollywood producer Harvey Weinstein, and the much-respected Game of Thrones producer Bernadette (Bernie) Caulfield. Both were successful in their fields, but he was known as a thug – lying and cheating and bullying (in addition to being a sexual predator) – while Caulfield was known as being the fairest of souls, yet also extremely capable in her field. Ozlem Tureci, the woman who was central to the BioNTech mRNA vaccine so successful against Covid was also known for being decent, fair, in everything that she did.

So there’s no need for an unarguable definition of ‘fair’. There’s no need even to insist that Caulfield or others like her are candidates for sainthood – to want to know ‘How can I succeed in a way that’s more like Caulfield or Tureci, and less like Harvey Weinstein?’

If I were trying to be more specific, I’d have to tie it in with the golden rule. Nobody likes being fired, for example, but if we step back and think, ‘You know, in a similar setting I’d have fired someone who performed the way I did,’ which then despite ourselves we kind of have to accept that it was fair.

Why do you think the world has become “mean”?

A whole bunch of factors have come together: there’s still resentment from the way some bankers got off way back in the 2008 crash; there have been politicians who have not quite tried to push the most considerate angels of our nature; there’s social media that lets loudmouths hide behind anonymity.

What does your research show about nice in the Durocher context of “nice guys finish last” or the belief you must be a jerk in order to succeed?

Great question, for this was right at the heart of my book – what I’d had in mind for a long time before starting. (As you’ll see in the reading guide at the end of the book, I also had a personal connection with Durocher!)

Durocher’s line is brutally honest about what most of us recognize, even if in polite Sunday School discussion, we certainly don’t want children to think the world’s like that. For in reality, if you are merely nice, constantly letting others do what they want, you will end up being walked over and crushed. In that sense he’s 100% right. The twist though is that this doesn’t mean the opposite is true: that only by being a complete jerk can a person succeed. On the contrary, although total jerks often will rise quickly – for bullying, lying etc. works! – they also build up such resentment, and also create such an unpleasant environment, that the very traits which brought them up will, very often, before long bring them down.

“What wisdom can you find that is greater than kindness?” Jean-Jacques Rousseau

What are the attributes of organizations that are successful?

This develops nicely from the previous point! What makes a jerk fail? Well, he or she terrifies everyone around them, so no one passes along honest information. The bully at the top is usually the last person to know what’s really going on in their organization. Similarly, the unpleasant person can force people to do things, but will only get resentment back; they can in the short term terrorize outsiders – but that means they’re not going to get many allies.

The more decent person – and indeed the more decent organization, does the opposite…and gets rewarded! (I.e., being decent is not just a constraint that holds you back.) No one’s terrorized, and so information flow is much better; much more to be honest. People are given the chance to show what they can do, and often reward that with gratitude. And since there’s not an attitude of constant fury or cynicism towards those outside the corporate boundaries, there’s a chance of fresh alliances, learning, etc.

There is one big provision though – one I’ve found cropping up in all my research. What I mentioned about the decent organization is true, but since there are always going to be a handful of people who’ll try to take advantage of you, you also need a good dose of street-smarts to make this work. Audits, supervision, etc. are all very crucial.

“Listen, without ego. Listen without fixation. Give, by letting others give. Defend, by not overdefending. Defend, by opening gateways.” -David Bodanis

Profound advice in a summary form struck me about a third of the way through your book:

-Give, by letting others give

What strikes you most from this list as the most helpful in a “mean” world?

All are good, but I’d say if someone could only count on one, that should be the first or third. Why? If you’re willing to put your ego to the side long enough to listen, then you’re probably going to be self-aware and respectful enough of what others can offer and be able to follow the other principles which so many top organizations succeed with.

And similarly for the third one, about letting others give: there too is an example of being self-aware and considerate.

The provision above though still holds. You can listen widely…but still at the end need to make a firm executive decision. And it’s really useful to be generous…but you still have to audit your teams just to be sure no timewasters work their way in, eager to ‘take’ and never give back.

Later in the book, you delve into Joseph Goebbels and Franklin D. Roosevelt. Tell us more about how you chose them as examples, and the lessons you learned.

When I started telling people about my early research for this book, a common response I received was: Okay, I get it. In specific, constrained settings like a hospital or an airplane cockpit or even in a large corporation – it might well be the case that decent people can win. That sort of makes sense because somewhere, in the background, the rule of law or an agreed consensus is floating about.

But what about international relations, and above all international warfare, where no rules at all can be guaranteed? There surely, one might think only the harshest, the most vicious, could prevail. Yet there too it’s been possible for decent sorts to prevail – and once again for all the reasons we’ve seen. Germany during WWII had a leadership that was proud of crushing all domestic opposition – which means there was no feedback, no constraints, when it took wildly counterproductive decisions (such as unilateral declaring war on the United States). It had no alliances built on anything more than temporary shared convenience, and its wild furies produced intense resentment – as in the intense partisan and resistance movements all across Europe. 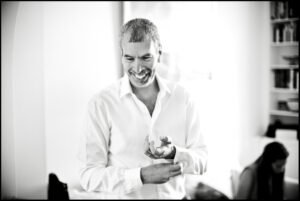 The US and UK, by contrast, though far from perfect, were much more in line with the principles of the book – and benefited from them! There was constant feedback to temper foolish decisions from the top; there was great creativity and ingenuity from workers and others allowed to contribute (and decently rewarded for it); freedom-living people everywhere joined in. (E.g. the Battle of Britain, 1940, wasn’t Britain’s RAF (Royal Air Force) standing alone with just British pilots against Germany. In the RAF there were Czechs and Poles and Canadians and Americans and many others: all drawn by the attractive ideal of a post-war world where decency would prevail, not fascism)

How to tell the story? On the US side I tried to decide between Marshall, Eisenhower and FDR, and chose FDR (though not without having first spent several months writing draft chapters on the others!). Any would have been able to carry the story well, but FDR really was an intriguing character because of the way he transformed himself from being an F. Scott Fitzgerald type of cold-hearted playboy, to a man who – although highly imperfect – had compassion at his heart.

On the German side, I didn’t want to tell Hitler story: it’s already very well known (plus it’s so extreme that many readers would think he’s an extreme monster, and I already know all I need to about such a human being). But Goebbels is slightly less well-known, plus his concern with new media had a nice resonance with today. And his own personal transformation – the Jewish girlfriend I talk about in the first of the chapters I have on him has so many similarities to FDR…except that FDR, in the end, chose the side of light; Goebbels the side of darkness.

How did writing this book change you?

It gave me the confidence when people said, ‘You know, in the real world you gotta be a jerk to get ahead,’ and instead to smile, and say, ‘Well, jerks can make it – no question. But you know? It’s not the only way.’

For more info, see The Art of Fairness: the power of decency in a world turned mean.