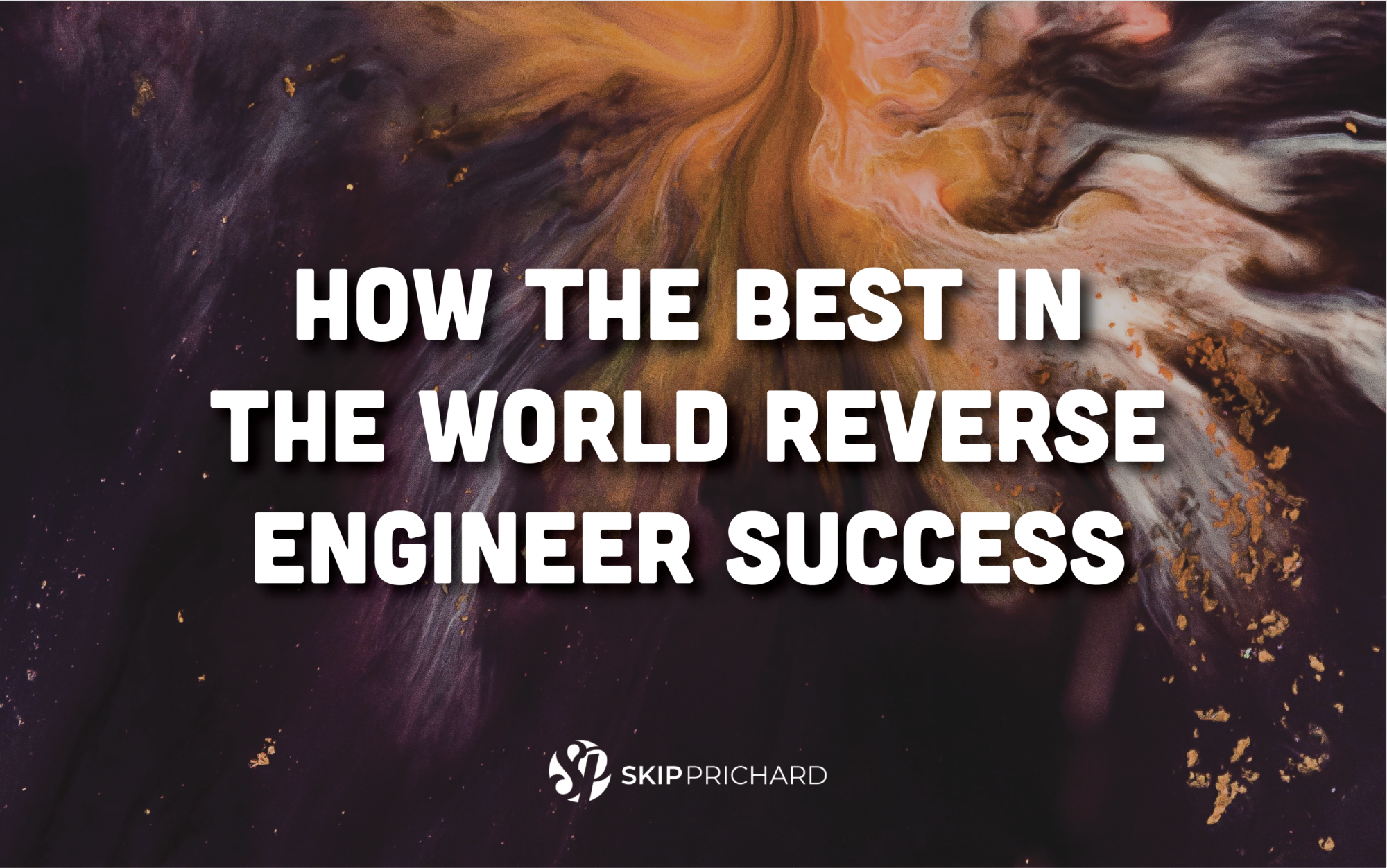 If you follow any of my own work and writing, you know my passion is studying successful people and learning to incorporate those practices that will help duplicate that success.

In Decoding Greatness: How the Best in the World Reverse Engineer Success, Ron Friedman provides a blueprint for learning and adopting practices that will propel you to the next level of your success journey.

Ron Friedman’s first book, The Best Place to Work, is one that I often refer to as a definitive guide to creating a winning work environment. As a social psychologist, writer, and founder of development company ignite180, you may see his work appearing in numerous places. He is an extraordinarily gifted writer who engages with a mixture of storytelling and analysis that I enjoy.

I caught up with Ron to talk about his latest work.

“World-class athletes don’t acquire new skills by clinging to their comfort zone. They do so by practicing at the upper limits of their abilities, combining daring experimentation with a healthy willingness to fail.” -Ron Friedman

We have been conditioned to believe that success is all about innate talent and consistent practice. You go into another way to achieve greatness. Tell us a little about it.

Most of us grew up with two basic stories about how top performers like Simone Biles, Jerry Seinfeld, and Steve Jobs achieve at the highest levels.

The first story is that greatness comes from talent. From this perspective, we’re all born with certain innate strengths, and the key to achieving greatness is finding a field that allows those strengths to shine.

The second story is that greatness comes from practice. According to this perspective, getting to the top requires the right practice regiment and an appetite to do lots of hard work.

But in doing the research for Decoding Greatness: How the Best in the World Reverse Engineer Success, what I found is that there’s a third story — and it’s not one that’s often told. Yet it’s the path that an astonishing number of top performers—from writers and artists, to investors and entrepreneurs have used for generations—and it involves mastering a skill few people have heard of called reverse engineering.

Reverse engineering simply means studying the best in a field and working backward to figure out how they did it.

“Reverse engineering simply means studying the best in a field and working backward to figure out how they did it.” -Ron Friedman

Would you share a few examples of people who use this reverse engineering technique?

In Silicon Valley, reverse engineering is well-known. There’s a long history of coders deconstructing winning products to learn how they’re made. It’s how we got the personal computer and laptops and the iPhone.

My book begins with a tense meeting between Steve Jobs and Bill Gates. It’s a historical showdown between these two Silicon Valley titans. Jobs thought Gates stole Apple technology to create Windows. He was understandably furious. But the truth is that both Jobs and Gates used reverse engineering to learn from Xerox and take its technology in different directions.

You could make the case that both Jobs and Gates would be complete unknowns had it not been for reverse engineering.

And it’s not just Silicon Valley. Reverse engineering also explains how writers like Stephen King and Malcolm Gladwell learned their craft, and how painters like Pablo Picasso and Claude Monet became groundbreaking artists, and even how Judd Apatow became one of the most successful comedy minds of our generation.

Studying the best works in a field and working backward to figure out how they were created turns out to the be far more common than anyone has realized.

“If you want to avoid criticism, it’s better to be good than it is to be great.” -Chuck Klosterman

Once you identify someone who has mastery over the area you desire, how do you best go about decoding that person’s success?

The first step is to start a collection of outstanding examples you come across so that you begin to unpack them for hidden patterns, and visit them when you need inspiration.

When we think of collections, we tend to think of physical objects, like artworks, wine, or stamps. That definition is too limited. Copywriters collect headlines. Designers collect logos. Consultants collect presentation decks.

Once you’ve gathered all those great examples, the next step is to figure out what makes them compelling. It’s not enough to just have a collection — next you need to understand why the examples you admire are so impactful.

It’s just like playing Spot the Difference as a kid. The children’s version of Spot the Difference involves looking over two similar pictures, side by side, and finding the discrepancies. That same approach applies to uncovering hidden patterns inside examples we admire.

Some people will say that I can’t find a mentor. I have no access to them. And yet you share examples of how this can be overcome. Would you share just one of these stories with us?

Well, if 15-year-old Judd Apatow could figure it out, anyone can do it.

Back in high school, Apatow was a comedy fanatic with no one to teach him how to become a comedian. One day, he noticed that the teenage DJ at his high school’s radio station was landing interviews with impressive bands. 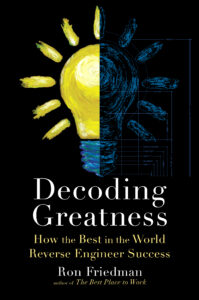 So he thought he’d try doing the same — but with comedians. He started reaching out to agents, inviting their clients to radio interviews, neglecting to tell them that the school station’s signal barely reached the parking lot.

That approach is how he Interviewed the who’s who of comedy — Jerry Seinfeld, Jay Leno, Gary Shandling – all while still a teenager.

Through those interviews, he was able to reverse engineer their success. He learned how to write jokes, how to break into business, and how to master the craft of comedy.

Today, anyone can use their approach through podcasts and blog interviews.

In Decoding Greatness, I even include the questions you should ask to reverse engineer an expert’s success.

“Simply calling to mind a specific influence shifts our mind-set and changes our behavior.” -Ron Friedman

What are some ways that you can go wrong in reverse engineering?

If all you’re doing is copying someone else’s formula, you’re likely to fall short.

That’s because a) you don’t always have the same abilities as the person you’re reverse engineering, and b) audience expectations shift with time.

The key is to reverse engineer a winning formula and then evolve it by adding your unique twist.

“The key is to reverse engineer a winning formula and then evolve it by adding your unique twist.” -Ron Friedman

What ways can teams use your book and research to excel?

Regardless of what profession you’re in, the ability to learn quickly is essential to get ahead. Once upon a time, staying on top of new innovations and professional trends was for go-getters. Today, it’s a basic requirement for staying relevant.

One of the fascinating discoveries I made while doing the research for Decoding Greatness is that those at the top have a different paradigm for learning — one that enables them to absorb ideas quickly and apply them in unique ways — and that’s reverse engineering.

If you’re looking for a way to learn faster, boost your creativity, and stay on top of new trends, this is a skill you need to master to get ahead.

“Taking time to question what makes a work successful should in no way feel trivial, unproductive, or academic. If you’re looking to elevate your performance, questioning represents some of the most important work you can do.” -Ron Friedman

How can leaders use these techniques to be better, more inspiring and more effective?

One of the things I love about reverse engineering is that it’s a skill you can use to learn anything – including becoming a better leader. 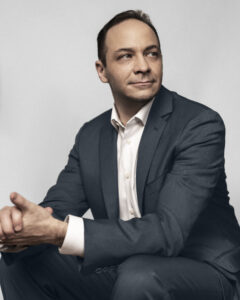 In Decoding Greatness, I teach readers a step-by-step approach for identifying hidden patterns that drive the success of viral articles, TED talks, bestselling books. That same approach is useful when it comes to decoding the greatness of a particular leader you admire, so that you can identify precisely what makes them so impactful.

I genuinely believe that the best way to learn is to have a system for decoding the greatness of others. That’s precisely why I wrote this book!

For more information see Decoding Greatness: How the Best in the World Reverse Engineer Success.