How to Increase Profits Through Gender-Balanced Leadership 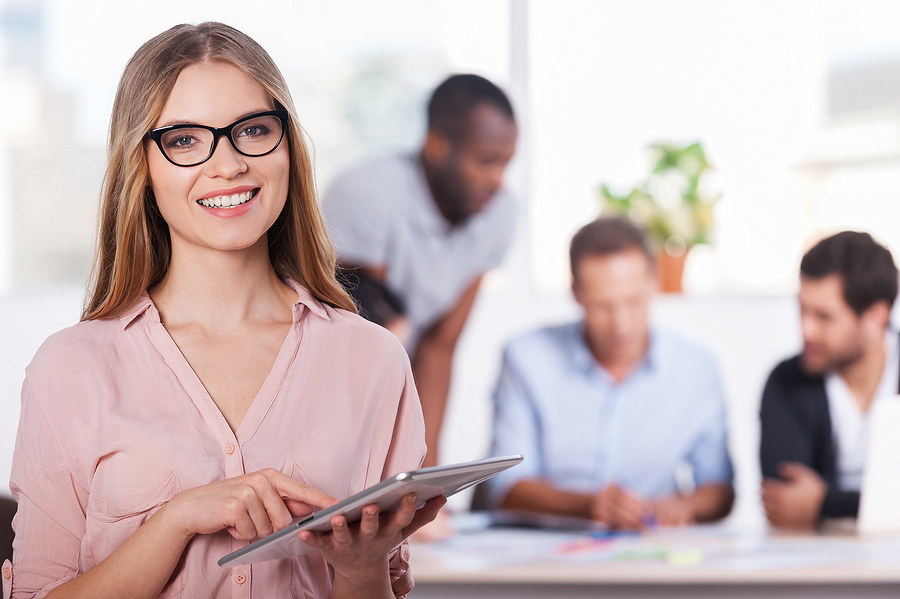 The Power of Diversity

It’s not just the right thing to do.

I’m always studying what works, what doesn’t, and the latest thinking in this area.

That’s why Melissa Greenwell’s new book, Money on the Table: How to Increase Profits Through Gender-Balanced Leadership, got my attention. Melissa is Executive Vice President and Chief Operating Officer of national retailer The Finish Line, Inc. Her new book utilizes current research and demonstrates that more women in management equals better financial performance.

I reached out to her to talk about her research and her perspective. Her views are intriguing and offer a view worthy of discussion and consideration.

Study: more women in a group increases problem-solving and decision-making.

The Case for Gender Diversity

For those who aren’t up to date on the latest research, tell us why gender balance is good for organizations. What’s the case for gender diversity?

Hardwiring in the brain is different for men and women. The physical differences are associated with natural tendencies in thinking, communicating, and problem solving that are all needed in business. Men and women demonstrate these traits in varying degrees. Organizations that have traits from both genders will get the best questioning, debate, and idea generation resulting in healthier strategies and increased performance over those who don’t. Those are the organizations that will create the best products and services for their customers.

Fact: Public companies with more than 1 woman on the Board have higher returns.

Why do some resist it?

I don’t believe people resist it. I believe leaders don’t know what to do to change it. That’s the biggest reason I wrote the book – to provide some actionable advice as to what leaders can do to effect change.  Others have brought awareness and that’s a good first step. Now we need to start doing the things that will lead to more gender diversity in leadership positions.

Study: Companies with no gender balance on the board have lower market capitalization.

You say that you wrote the book mainly for men in power because they can change the ratio. And then you say some “get it” and some “think about it.” What’s the difference?

I wrote the book mainly for people in positions of power – anyone who is in a senior leadership role can effect change faster. At this time, the vast majority of those people are men.  Of the male leaders I interviewed, I found that there are two main groups: those who “get it” and have been taking steps for several years to have more women in leadership, and those who are “thinking about it” – that is, they acknowledge that women are important to their business but are struggling to find ways to have more of them in senior leadership.  The biggest difference between these two groups of leaders is that those who have greater gender balance in their organizations have taken some very deliberate steps to get them there. They take more time to seek candidates and they reach outside their known network to find female candidates. They tend to take more risks on up-and-coming talent within their organizations as well.

It’s not only recruiting but also retention that is important to changing the ratio. What are some of the reasons organizations fail to keep women?

Some organizations still refuse to implement the flexibility it takes to keep female talent. They still view creating flexibility as making exceptions rather than viewing it as a competitive advantage. They are busy counting hours instead of measuring results. Those that continue to think that way will fall behind in the war for the best talent.

What’s unconscious gender bias and how do you recognize and deal with it?

Unconscious gender bias is continuing to hire people who are just like us (male or female) and not even thinking about the ramifications of doing so. Little to no thought is being given to examining the gender balance of the team or organization when this continues to happen. The only way for it to change is for the top leader to set the tone and lead by example. Everyone follows the lead of the CEO or President, which in itself is far more important than implementing awareness initiatives.

You offer 10 steps for building gender-based leadership.  What are some of these steps?

The first step is to stop accepting that there aren’t enough female candidates for top jobs. This step alone is critical. Once the people around you get the message that YOU as a leader, believe having gender balance in leadership positions is important, and that you’re not going to settle for the same way of doing things, people will begin to change their behavior and put forth the additional focus and work that is required to find qualified female candidates, whether that means looking harder around the organization and taking more risks on female talent or going outside of comfortable networks to find candidates. That includes demanding that our search firms work a little harder to find candidates as well. 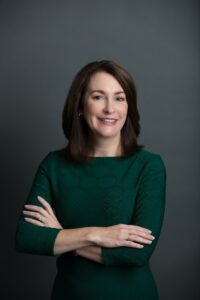 Another step is to then keep that talent. Companies must change policies and practices that keep people chained to their offices. In this 24/7 connected world, much work is done in off-hours. The leaders I know who are keeping their female talent are supporting flexible work environments and hours. Most of them will tell you that productivity increases when they allow people to work when and where they prefer. That’s not to say that you don’t need your team to come together, face-to-face, on a regular basis, but providing more flexibility will attract and retain the best talent, both female and male.

You also give advice to women “who want to lead.” Give us an example of that advice. Do you think this advice is exclusive to women? Do most women respond positively to this advice or do they find it stereotyping them unfairly?

Women have consistently responded to my advice in a positive way. Some points resonate with particular women more than others, and that’s to be expected.  As an example, my first piece of advice to women is to speak first, meaning speak up more quickly and more often. Women as a gender tend to be more polite because they’ve been taught that it’s rude to interrupt others. The problem with that approach is that you’ll never be heard if you don’t interrupt once in a while. I’ve also had many men say that this advice, as well as some of the other 10 rules, are good for them, too.

Of the 10 steps, are there one or two that are more difficult than others?

From just a thoughtfulness perspective, building an employment brand that connects to women is probably one of the more difficult. It takes time and effort to think through a strategy and create the right messaging. It’s not complicated, but various angles such as the connection to the company’s products and customers as well as the culture should be thought through.

Don’t these same arguments apply to all underrepresented groups?

Indeed they do. But there are 75 ethnic groups in the world and only two genders, of which 51% are female. Females are not a minority. The challenge of having more gender balance in leadership shouldn’t be so difficult to overcome.

Money on the Table: How to Increase Profits Through Gender-Balanced Leadership

Is Leadership a Passing Phenomenon?

How Some Phrases May Be Costing You A Fortune