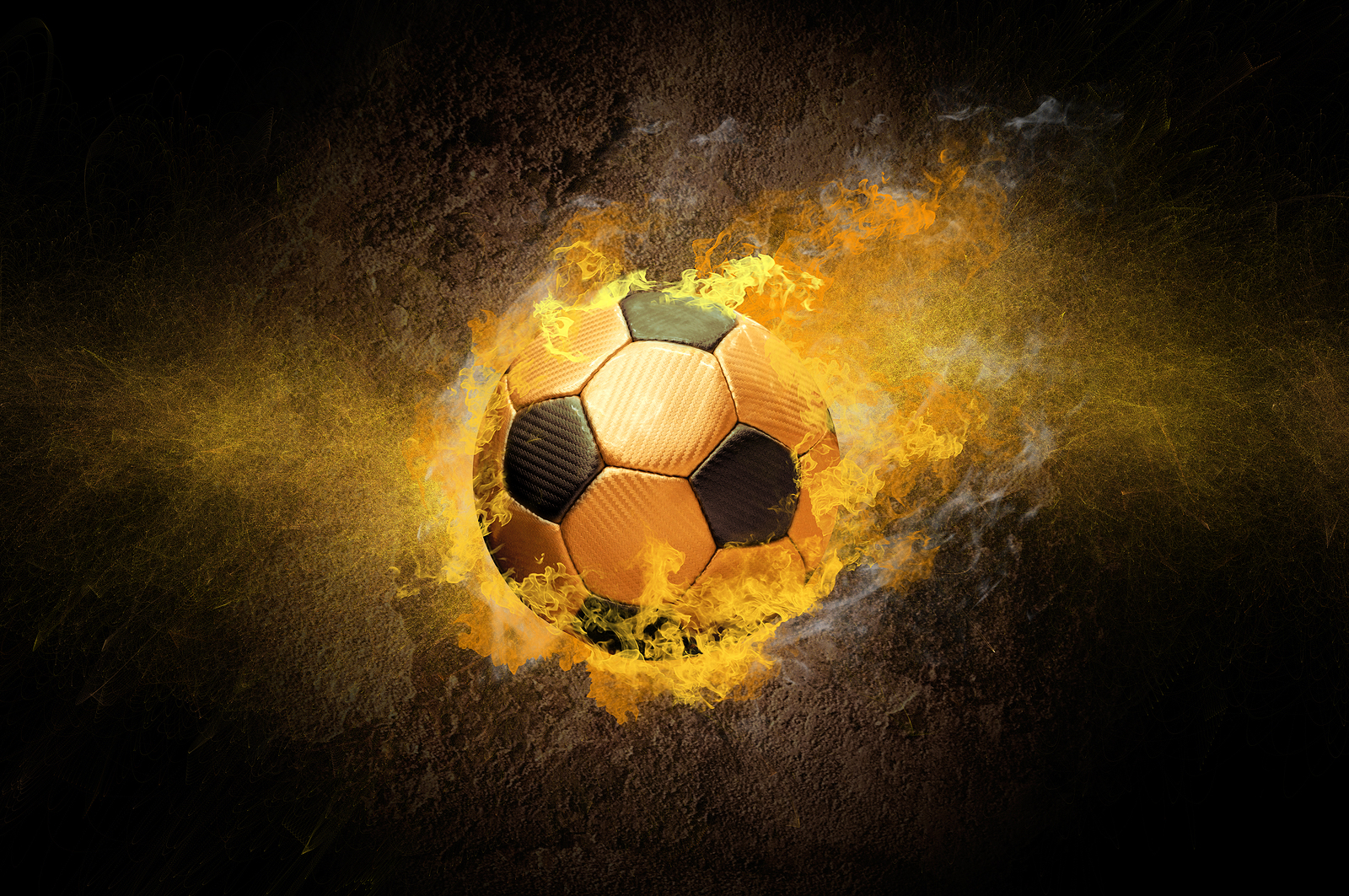 Playing midfielder for the United States Women’s National Soccer Team for over twenty-three years, Kristine Lilly knows a thing or two about winning teams. Five FIFA World Cups and three Olympic Games, an inductee into the US Olympic Hall of Fame, and the US Soccer Hall of Fame, four national championships, it goes on and on.

Add this remarkable achievement and team insight with her co-authors, Dr. John Gills, Jr. (who is an executive leadership guru with LeadershipX) and Dr. Lynette Gillis (who is a professor at Concordia), and you know that you will have something special.

Their new book, Powerhouse: 13 Teamwork Tactics that Build Excellence and Unrivaled Success, combines practice and theory and mixes in numerous soccer stories at the same time. It’s an invitation for all of us to build powerhouse teams.

I recently spoke with the authors about their new book.

What makes a “powerhouse” team?

In this growing knowledge economy, organizations realize the critical importance of teamwork for sustained excellence. Yet, many organizations struggle with an individualistic culture, and employees have negative team experiences. Having consistently performed as a winning organization longer than any other U.S. sports team in history, the United States’ Women’s National Soccer team (USWNT) serves as a model of a powerhouse.

Powerhouse is defined as “a team having great energy, strength, and potential for success.” To build a powerhouse, there are four pillars:

“A Powerhouse team is a team having great energy, strength, and potential for success.”

Transform: How do you best align a team?

In the business world, a coach or manager aligns team efforts so that they can accomplish company goals. The manager provides an internal and external point of view to the team that helps the team assess processes, address existing or potential issues, and assist with team dynamics. These managers are forward looking, with a results-oriented perspective that focuses on goals. They help the team debrief and understand the team’s successes and failures. Like the coaches on the field, these business coaches are there to lead their teams to a “win” by collaborating and maximizing synergies.

Marissa Mayer, cofounder of Lumi Labs, and previous president and chief executive officer of Yahoo!, as well as a Google executive, said in Powerhouse, “When you give decisions to the team to make, this increases team participation, responsibility, and accountability, and it’s very strengthening to the team.”

“When you give decisions to the team to make, this increases team participation, responsibility, and accountability, and it’s very strengthening to the team.” -Marissa Mayer

Empower: What qualities are important in a team’s leader?

Leadership excellence is critical in our global economy.  The coach of one of the most successful teams ever – the United States Women’s National Soccer Team (USWNT) – was Anson Dorrance. Businesses can learn and apply his teamwork tactics to become a powerhouse. A team’s leader sets his team’s foundation by always striving to inspire, setting expectations, and developing the team members’ talent.

Kristine remembers the feeling of being on his teams, saying, “Once you stepped on that field, you knew you were playing for more than just your country, you were playing for each other. Coach Dorrance always told us we were the best, and we believed it and showed it when we stepped out on the field.” As a result, he was able to lead his players to twenty-one NCAA national collegiate championships at The University of North Carolina, where he was named coach of the year seven times. As the USWNT coach for eight years, he won over 70 percent of his games, including the first ever Women’s World Cup in 1991 in China.

Leaders of highly effective teams, like USWNT’s Coach Anson Dorrance, build the powerhouse by setting the team foundation to be steady as a rock. They do this through inspiring, setting expectations, and developing talent.

Achieve: You have a section on learning teamwork. What are the best ways to learn teamwork?

Just like sports, business teams need to set aside time to “practice” so they are confident when they need to perform. A band does not go on stage for a concert without a dress rehearsal, so why should a business team not rehearse how they are going to perform? Practice before performance is critical. Three suggestions for how you can develop your team through practice are business simulation, team-building activities, and teamwork coaches.

Taking a closer look at business simulations, like an airline pilot practices in a flight simulator before flying a plane, allowing your team to practice in a controlled, low-risk condition that simulates the “perform” environment, will increase their likelihood at succeeding during the real thing. The business simulations should have participants actively involved in three steps:

When team members engage in a business simulation and learn these critical teamwork capabilities, they also develop their leadership skills. The engaged participants experience what they will encounter at their workplace and are better prepared to perform. This experiential learning is called “learn by doing” and is the most effective way to learn teamwork.

How to Build a Powerhouse Culture

Motivate: How does a leader best build a “powerhouse” team culture?

Cultivating a team ethos is pivotal in the corporate world. An ethos is the guiding character of an organization, its reputation. A corporate ethos exists, whether a leader engages to create it or not. This ethos is the essence, character, and spirit of the team, manifested in the team members’ beliefs and aspirations, and it creates a team climate.

Although many companies talk about their culture, only a few are proactive at creating it. For most, they do not work to define and cultivate the ethos that they want, and end up with one that they do not want.

As University of Texas Women’s Soccer Coach Angela Kelly said, “Worthwhile things are not built in short periods of time. They come from a consistent series of actions.” To intentionally build an ethos, norms, standards, and shared values should be clearly communicated so that all team members understand the operating rules they need to uphold. Culture leads to commitment, and ultimately, performance. The team ethos comes down to three principles: build friendships, increase self-awareness, and develop team awareness.

You go through thirteen teamwork tactics. Which is the most critical? 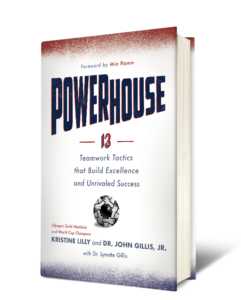 We talk about a powerhouse needing the four pillars: Transform, Empower, Achieve and Motivate. The foundation for these pillars is the thirteenth teamwork tactic: Doing What is Right. Teams make continuous decisions that impact their team as well as those around them. On many of these decisions, the wider path is easier to take, yet the narrow path is where few choose to go because it is harder. Make the decision to do the right thing. It may not be popular, supported, or easy, yet team members want to be on diverse, ethical teams that overcome adversity.

Abby Wambach, 2012 FIFA World Player of the Year, said “Ethics goes into the development of every single team, as it is about trying to create the ethos for what your company is about and what its intention is.” The US Women’s National Soccer team has always been involved in fighting for what they believe in. Boston Consulting Group agrees, saying that this team is “notable not just for its victories. The players redefined the role of women in sports, fighting for gender equality, equal pay, and the reputation of women’s soccer.”

“Ethics goes into the development of every single team, as it is about trying to create the ethos for what your company is about and what its intention is.” -Abby Wambach