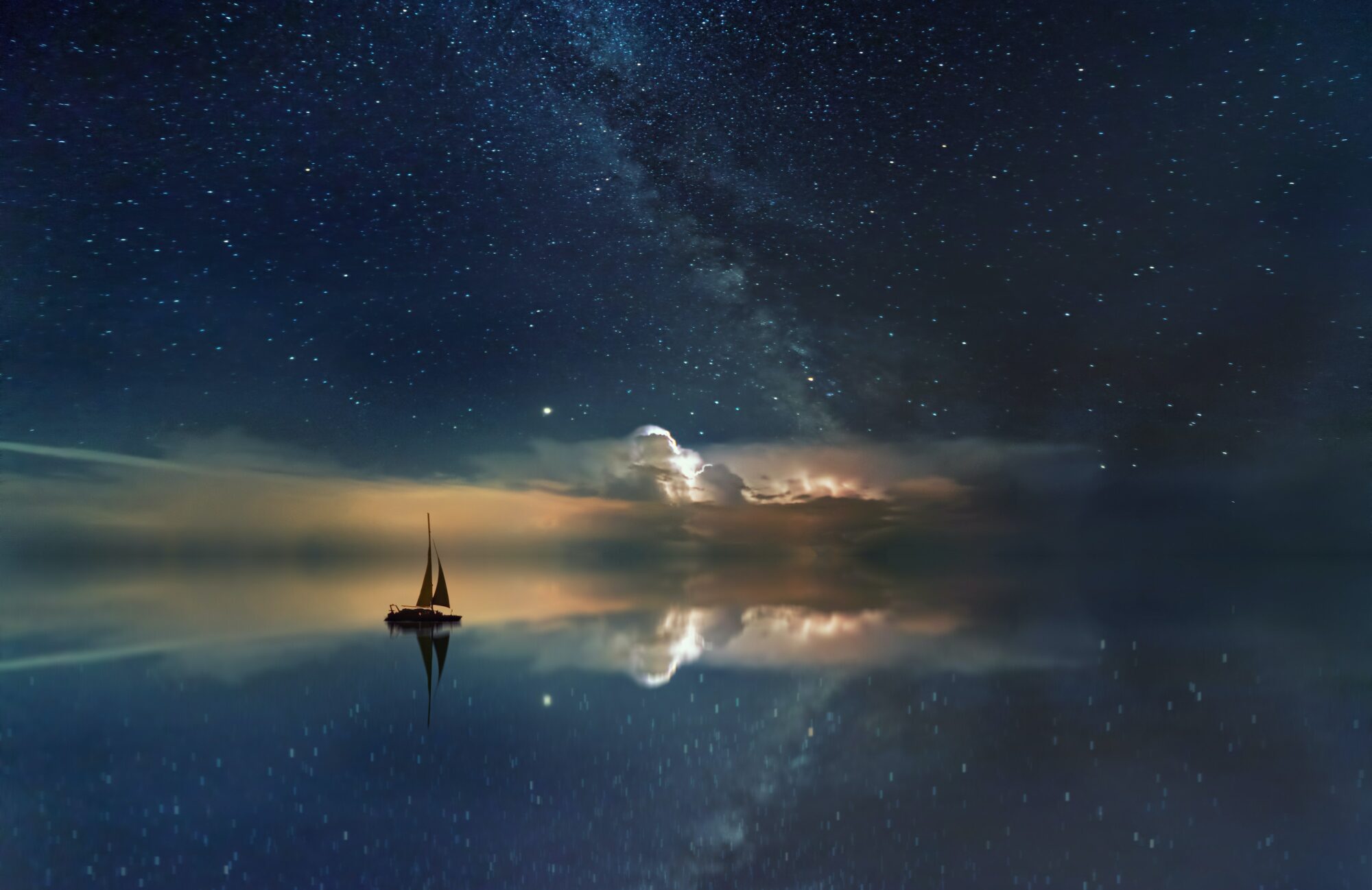 How to Drive Engagement

Over the past two decades, while leading or overseeing dozens of businesses across three continents, Brian Hartzer has grappled with the question of what it takes to drive workplace engagement. As part of his quest, he read dozens of leadership books and met with multiple experts. While many provided useful insights, none of them gave him a practical framework that he could easily remember and apply in his daily life as a leader.

Eventually, Hartzer developed his own five-point framework – Care, Context, Clarity, Clear the Way, and Celebrate – that formed the basis of his excellent book THE LEADERSHIP STAR: A Practical Guide to Building Engagement.  I spoke with Brian about why applying his framework results in improved engagement, higher productivity, and lower staff turnover and absenteeism.

“Leaders need to define—and role model—how they expect people to behave in the workplace.” -Brian Hartzer

One of the most important aspects of the Leadership Star framework is caring. What do you say to the person who says that you either are a person who cares about others or you aren’t? Is there a practical way to become more caring?

I’d say that empathy and care can be learned and develop over time.

Early in my career I saw myself as a self-driven, ambitious management consultant who was mostly focused on my own career and performance.  I was put into the position of managing others (at a client) and discovered—to my surprise—that I got far more, longer-lasting satisfaction out of helping others be successful.

If you start by being intellectually curious and spend time learning about other people’s personal situations and work challenges—walking in their shoes, looking at the world through their eyes—it’s hard not to recognise the inherent goodness of most people and become personally invested in helping them be successful.  It’s a bit corny, but as the Beatles said, “The love you take is equal to the love you make”!

“Empathy and care can be learned and develop over time.” -Brian Hartzer

Context is another essential part of the framework.  You explain that providing context is crucial to helping employees understand how they fit into the organization and in the overall mission. What are the most common mistakes leaders make in providing context?

The first is to assume that people understand why the organization exists and how it adds value—senior people often have more commercial experience and have gained perspective by moving around the organization, and therefore take this for granted.  More junior people may only see what’s in front of them and may not have direct access to customers to understand the broader impact.

Similarly, leaders often assume that people know why their role is important, and how they fit into an overall business process or system.

The third mistake I’ve often seen is to not provide context around priorities and choices.  Leaders often have to choose between “right and right,” due to constraints on resources, competitive imperatives, and the like.  Without proper context, people may interpret a failure to do X as a sign that leaders aren’t genuinely committed to the organization’s purpose.

The solution is to explain and remind people about context—the “why”—on a regular basis, and whenever explaining an important decision or action.

“Leaders need to dig into the details on important issues and probe whether the outcomes that are being achieved are acceptable or not.” -Brian Hartzer

Let’s focus on clarity, the third part of the Leadership Star. What are some ways that leaders best provide clarity? 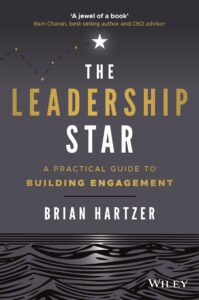 Role clarity is about having a clear conversation with people about what their job really is—why it exists, what impact is expected, what their responsibilities and delegations are, whom they’re expected to work with, and so forth.  A detailed conversation along these lines between the individual and their leader after someone is appointed to a role is critical—rather than just sharing a boilerplate “Role Description” during the hiring process, and expecting them to get it right.

Goal clarity is about defining a few key outcomes that represent good performance, and what outcomes would represent great performance.  I like to ask people, “What result, if you achieved it, would make you immensely proud?”  When people are involved in setting a stretch goal like this, it builds engagement and taps into their subconscious to come up with creative ways to achieve it.  Plus, when goals are clearly defined up front, people can essentially do their own performance review.

Behavioural clarity has become more important of late, with leaders needing to define—and role model—how they expect people to behave in the workplace—what’s ok, and what’s not ok.  Writing those expectations down—in plain English—and holding people to account by discussing and incorporating behaviour as a key part of performance reviews can make a big difference.

The fourth part of the Leadership Star is “clear the way.” Do you find that to clear the way, leaders must look for and address psychological traps, but many aren’t aware of this part of a leader’s role or even what these traps may be?

Yes, I call this looking for “prisons of the mind.”  People may lack self-confidence, lack self-awareness, or face real (or perceived) political barriers that get in the way of meeting their objectives.  I’ve found that really getting to know people in a team at a deep level—their personal background, achievements, aspirations, and failures—is important to helping coach them to overcome these barriers.

For example, a senior leader may come from a very humble background, and her insecurity about it all being taken away can mean she’s not open to constructive suggestions from her team members, seeing them instead as criticism or threats to her position.  Understanding this, the leader can better position the feedback in a positive context of her position not being at risk.

Celebrate, the last part of your framework, is one that we often know as leaders but too often are rushing to the “next thing” rather than truly celebrating. How do you build this into the culture so it isn’t forgotten?

Building a genuine culture of appreciation has several aspects.  Top down, I’ve found it helpful to schedule-in both formal and informal recognition as part of my annual calendar—quarterly and annual recognition events—plus setting time aside weekly to call and thank people or hand-write thank you notes.  Plus, by scheduling it in, the forced practice tends to make you celebrate things instinctively over time.

The other aspect is to encourage some form of informal peer recognition scheme.  This can be as simple as a weekly “team huddle” ritual where people call out things they’ve appreciated from their peers, or a more formal process of physical or electronic recognition & gifting.  There’s an increasing amount of psychological evidence that practicing gratitude is great for both mental health and engagement—so teaching people about that and finding ways to embed the practice can make a big difference.

It’s also important to vary it up from time to time and do new things that keep it fresh.  Finding someone creative in the team who enjoys coming up with clever and fun new was to celebrate can help leaders build a true celebration culture.

As a CEO, you faced scandal. Tell us what you learned from that difficult experience.

At a personal level, it reinforced the importance of separating how you see yourself from your career success.  There’s a lot of randomness and timing in business, and as the leader you may have to wear the consequences of things you didn’t cause or create—regardless of your intentions or how hard you worked.  I was fortunate to have discovered this fact some years earlier and it meant that I had an ability to be objective about the situation and had other things in my life—my family, other business interests—that helped me get through it and move on. 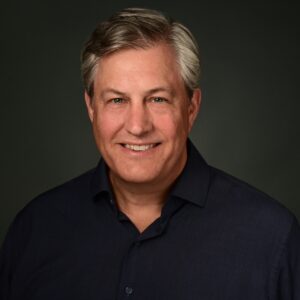 It also reinforced the importance of always operating with integrity and not cutting corners on tough decisions.  I had made a point of always doing what I felt was right for the organisation, its customers, and its people—rather than what was right for me or “safe” for me—and as a result was able to leave with my self-respect intact.  It would have been awful—and much harder to move on effectively—if I felt I had let myself down and compromised my values in some way.

From a leadership perspective, the biggest lesson was about the importance of digging into the content and outcome of issues, rather than focusing on process.  It’s surprising how many people in a big organisation can become overwhelmed or blinded by process and forget to step back and look at outcomes to see if they make sense.  Leaders need to make time to dig into the detail on important issues and probe whether the outcomes that are being achieved are acceptable or not.

The other lesson is to trust your gut and not compromise on people.  With the benefit of hindsight, there were people who I suspected were not up to their roles, but for various “good” reasons I didn’t act on at the time, and ultimately that was part of what let us down.

Finally, I’d observe that “life is what happens after you make plans.”  As disappointing (and painful) as my situation was, it has opened the door to some great new opportunities and new relationships that I’m really enjoying.

For more information, see THE LEADERSHIP STAR: A Practical Guide to Building Engagement.