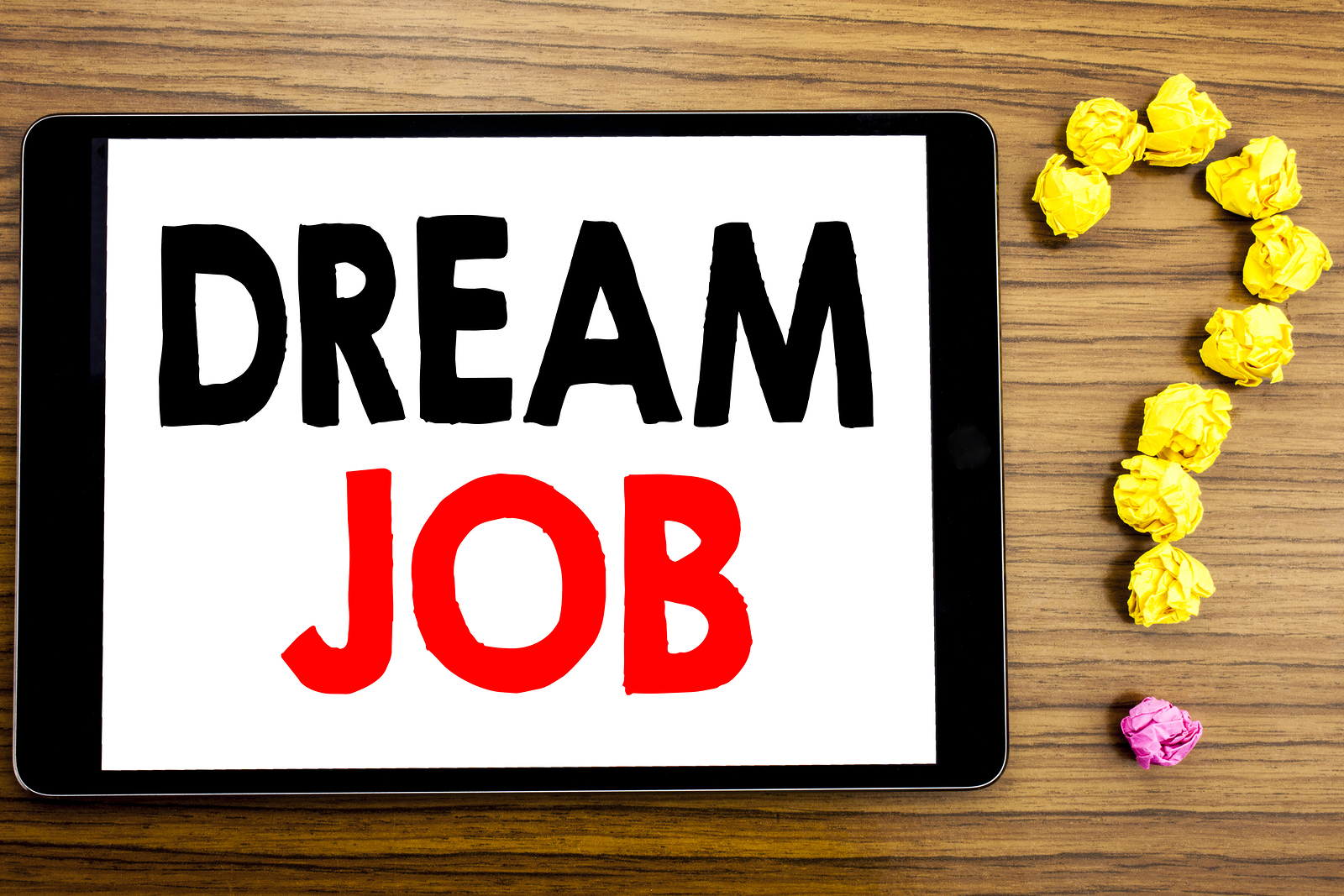 If you’ve been itching to make a change, but don’t know where to start, or feel like you’re stuck in a career path that no longer makes sense, you’re reading the right article at the right time.

Dawn Graham, PhD is a Wharton Lecturer and EMBA Career Director, coach, author, Forbes Contributor, and Sirius XM Radio Host. Her new book, Switchers: How Smart Professionals Change Careers and Seize Success, is a resource for anyone looking to change career directions in a purposeful way.

Switchers Fact: Most Americans spend around five years engaged in some type of job activity.

You have a unique vantage point both due to your leading SiriusXM Radio show and your role as Director of Career Management for the Executive MBA Program at Wharton. What trends are you seeing across professional job searchers today?

People want a job that inspires them! Compensation will always be important. However, professionals are willing to make some sacrifices to find work that is meaningful or flexible, or that puts them on the path to a career that is more satisfying.  Many mid-career professionals landed in a job after college and climbed the ladder, only to realize that the path they chose isn’t fulfilling. Others have discovered careers that may not have existed a decade ago and still others have experienced life changes, such as having a family, which have led them to seek something more flexible.

What is the “new normal” in America for most people in terms of changing jobs?

The great news for career switchers is that the market is becoming more accepting of trying new paths. The rise of the gig economy, portfolio careers, and entrepreneurial pursuits have opened the door to non-traditional career paths. The average tenure in a company is about 4.2 years, so long gone are the days of the 30-year retirement gift. In fact, while yearly job hopping is still frowned upon by employers, so is staying at a company for too long, especially if you’ve not shown significant progression or diversity in your assignments. After 10 years, hiring managers in new companies start to wonder if you’re adaptable enough to function effectively in a different culture, so it’s more important than ever today to pay attention to taking charge of your career.

Research: up to 80 percent of employee turnover is due to poor hiring.

How difficult is it to change careers today? 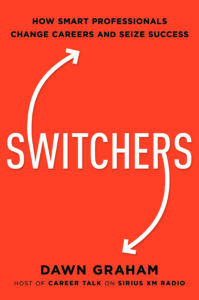 Although professionals are becoming more agile, hiring practices unfortunately are not. Emerging systems and technology in the recruiting world are built to maximize the number of applicants that come through, but the algorithms used to weed out candidates are usually biased toward traditional candidates. This makes it really tough for career switchers to even get seen by human eyes. What this means is that Switchers need to use fresh approaches designed for the specific hurdles they’re facing in the hiring process, which is the primary reason for writing this book.

Also, the level of difficulty will depend on the type of switch someone is making. An industry switch is only moderately challenging, but a functional switch is tougher. Some professionals attempt a double-switch (both industry and function), which is the most difficult. To be effective, it’s important to understand where you fall on the continuum so that your switch strategy can align with your goal.

With your background in both recruiting and psychology, you have a unique perspective. What are some of the psychological principles that are important to understand in the search process?

The hiring process is inherently biased. When humans are involved, whether they’re interviewing candidates or programming an Applicant Tracking System (ATS) to flag candidates, there is bias. For a switcher, the biggest hurdle is being viewed as an outsider since non-traditional candidates don’t have the expected background that a hiring manager is looking for. So, the trick is to become a part of the in-group and overcome negative confirmation bias (focusing on data that support the pre-existing belief that a switcher isn’t a qualified candidate) by engaging your network. Most job seekers have heard how helpful networking is to land a great job, and some even capitalize on it. However, for Switchers, it’s not optional. A referral gets you in front of the decision-makers, which can be the most difficult hurdle.

What do many people get wrong when it comes to networking?

The biggest thing is not making time to do it. When you look at networking as an activity connected to a specific event, like a job search, you’re doing it wrong. It’s about building mutually beneficial relationships in a variety of diverse circles – all experience levels, backgrounds, cultures and geographies – to share information. This can sound intimidating, but the fact is, we all already have a network and engage it regularly. Have you ever asked someone for a recommendation for a good restaurant or if a certain movie is worth seeing? Maybe your colleague is traveling, and you’ve shared tips on sights to check out. This is networking in action. For the job search, you need to put together a strategic plan to engage this network and expand it using what I call a “2nd level contact strategy,” but many make it more overwhelming than it needs to be. My goal is to help job seekers harness the powerful connections they might not even know they have to effectively make their switch.

What are some of the job switch killers?

In the book, I highlight the top five, and the two that I see most frequently are 1) relying on traditional job search advice and 2) not fully engaging your network. We’ve already touched on the latter, so I’ll focus on why it’s important to use job search strategies created for a career changer. One of the biggest reasons is that the online application process is biased toward traditional candidates, so applicants who are switchers are likely not even getting to a human in most cases using this method. Many hours can be wasted filling out forms and waiting for responses that will never come, not because you can’t perform the job effectively, but because you’ve been weeded out due to a lack of the right key words or job titles.

Additionally, while headhunters are a favored medium for job seekers, few realize that executive search consultants place very few candidates compared to the number of open positions each year. Further, these roles tend to be very senior or hard-to-fill positions. For Switchers, headhunters are one of the worst options since they are traditionally looking for candidates who have 10 – 15 years in a given profession. Plus they work for the company, not the job seeker, so there is little motivation to “sell” a non-traditional candidate to their well-paying client.

Some of the best employees I’ve hired as a manager have been Switchers – they were motivated to go above and beyond, open to feedback and excited to grow. But if I had relied on a system to sort the applicants, most of these professionals’ resumes wouldn’t have crossed my desk, unfortunately.

“Emerging systems and technology in the recruiting world are built to maximize the number of applicants that come through, but the algorithms used to weed out candidates are usually biased toward traditional candidates.” -Dawn Graham

Talk about the importance of your personal brand.

Companies live by their brands because they build trust. As consumers, we pay more for the same product when a brand name is on the label because we have an emotional connection to the brand. Emotions play a key role in decision-making, so it only makes sense that Switchers would want to build a strong brand so they have every advantage when making their career jump. 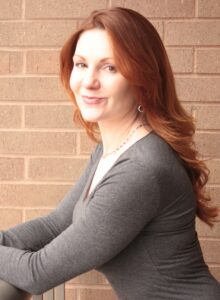 Personal brands have gotten mixed reviews over the last several years. However, I don’t believe skipping this step makes sense for any job seeker, much less a Switcher. It’s critical to research what is most important to your audience and present your value in a way that speaks to that. For example, if you’re selling a vehicle to a young family, emphasizing speed and a killer sound system will be less effective than pointing out reliability and safety enhancements. All of these features may exist in the same vehicle, but highlighting what is most important to your audience will sell the car.

Successful Switchers know their value and highlight the aspects that their target audience is most interested in. That may mean leaving out some great qualities, which is hard, especially when these have been a part of your identity for a long time. However, that’s why rebranding is worth spending time on – it matters.

“You’re always communicating your brand, consciously or not.” -Dawn Graham

Any advice for interviewers to help land the best of the best?

Go beyond the data and system-generated suggestions. Yes, these have merit and help to create some efficiencies. They can also help to reduce bias in situations where human interviewers are not able to separate their preconceptions or have less experience hiring others. However, this is only one part of the puzzle. Hiring a team member is a very important decision, and it shouldn’t be left up to an algorithm. Progressive companies are pulling teams of senior managers off the line to participate in hiring, and they are investing more resources into the process because they know how critical talent is to their bottom line. It’s a tough business challenge when time is money and the seduction of “smarter, faster, cheaper” hiring systems is increasing. However, most companies talk about their people as their greatest asset, so perhaps it’s time to invest in hiring in a way that reflects that truth.

A Digital Wake Up Call