A Digital Wake Up Call 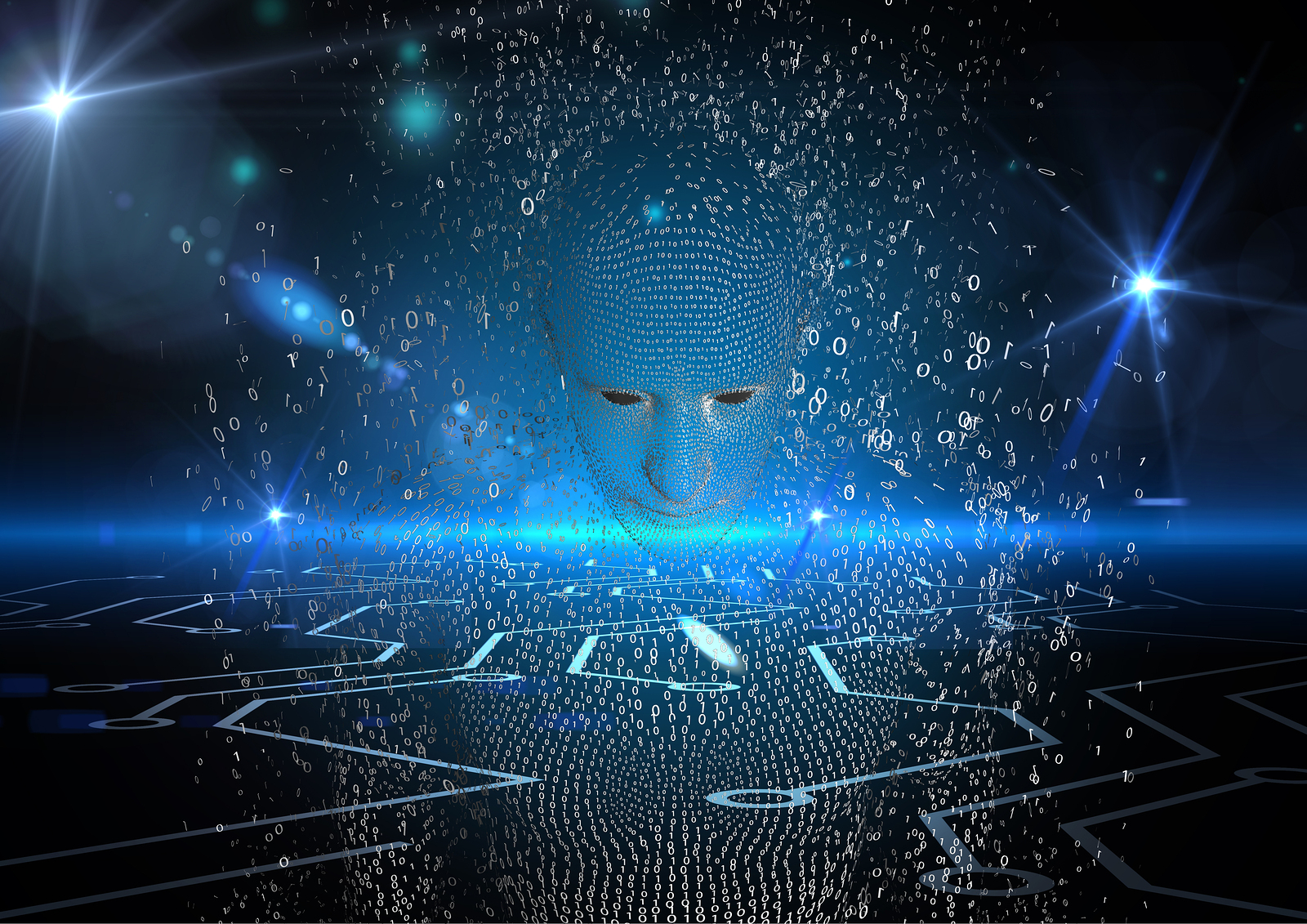 “Digital isn’t a thing, it’s everything.” That’s the first line I read on the back cover of Tom Goodwin’s new book, Digital Darwinism: Survival Of The Fittest In The Age Of Business Disruption.

That’s the type of attention-getting line that speaks to the massive transformation in today’s organizations.

Change or become extinct is a powerful message.

Tom is the EVP, Head of Innovation for Zenith Media. His role is to understand new technology, behaviors and platforms and ideate and implement solutions for clients that take advantage of the new opportunities these make possible. He was also voted the #1 voice in Marketing by LinkedIn with over 580,000 followers on the platform. An industry provocateur and commentator on the future of marketing and business, Tom recently wrote Digital Darwinism as a wakeup call to traditional businesses.

I recently spoke with him about his book.

The subtitle of your book is “Survival of the Fittest in the Age of Business Disruption.” What defines the fittest?

I believe the fittest companies are those with the balance of a solid business plan for today and for the future. This can either be because they’ve established a defendable niche for now and ahead (like Amazon or Tesla) or because they have a team and culture that is able to adapt to the changing marketplace. Good examples of this are Facebook, Netflix, and Google. Fitness both in nature and business is about agility and the ability to change as the world does, but also about the quality of the business model today. There are too many companies that are widely celebrated, like Dollar Shave Club or Movie Pass, that offer hockey-stick user growth and happy customers, but don’t appear to have a semblance of a business model that can ever make money.

“The fittest companies are those with the balance of a solid business plan for today and for the future.” -Tom Goodwin

Mature companies often have a huge desire to innovate and launch various initiatives. What are some of the biggest mistakes you’ve seen them make in their pursuit of innovation?

Most innovation failures come from companies who do one of two things wrong. The main one is not going deep enough. They offer surface level improvements on the façade of a deeply troubled foundation. Retailers who need to close stores or entirely rethink distribution models or procurement flows, end up making a store in San Jose with a smart mirror, as it’s way faster and cheaper and offers distractions. Or car companies that celebrate apps where you can start engines remotely, while they are behind on electric propulsion. The issue is that most CEOs don’t have the time or thirst for risk to make proper changes.

The other issue is innovation with no sense of purpose. It’s adding a chatbot because your boss read about them one day. It’s an airline launching a mood-sensing blanket that gets press. It’s the VR experience to try to get promoted. We need to know why we are innovating and maximize against that.

“There are too many companies that are widely celebrated that offer hockey-stick user growth and happy customers, but don’t appear to have a semblance of a business model that can ever make money.” -Tom Goodwin

When you think of disruptors, such as Netflix, Airbnb, Tesla, etc., do they have any common traits?

Disruption for me is the spirit of approaching an industry without ingrained knowledge about how things should or shouldn’t be. The barrier to disruptive innovation often isn’t knowing enough–it’s knowing way too much about how things have always been. Hoover didn’t invent the Dyson because they maybe thought nobody wanted it, and it would have cost three times more than the current selling price, but they were wrong. Nokia didn’t invent the iPhone because they had research showing people hated touch screens. Yet the very most successful disruptive companies go a little further. They are built from scratch for the modern age; they have a deep understanding of what technology makes possible; they can leverage this technology with brilliant implementation, but more than anything else they understand contemporary behaviors, wants and desires, and work around that.

You say that companies must be agile, but also predictive. Tell us more about what success looks like.

I was at TED recently, and Reed Hastings, the CEO of Netflix, said it wasn’t risky to flip the business from DVDs through the mail to video on demand because “it was clear to us that DVDs were not going to be around forever, so the only question was when to change.” I think much of the future is deeply complex and chaotic, but much is deeply predictable. The rise of e-commerce and then mobile commerce has been entirely predictable since about 2007. It wasn’t hard to see that Snap Spectacles or 3D TV would fail because we don’t want to wear tech on our bodies much, least of all the face. Success in predictions is more about establishing what’s going to stay the same and recognizing the few major shifts that change everything and working with these. The hard part is knowing how technologies combine. We won’t live in a future with self-driving cars, we will live in a future with self-driving cars and VR headsets and multimodal travel apps and e-mobility and new working practices and less fair wealth distribution and an aging population and 5G. It’s how the technologies come together that’s very hard and most fascinating.

“The barrier to disruptive innovation often isn’t knowing enough—it’s knowing way too much about how things have always been.” -Tom Goodwin

Prepare the Organization for Change

What steps should leaders take to prepare the organization for change?

Most companies seem rather scared by change. If you were an artist when metal paint tubes were invented, it changed your life because you could paint outside. Being an architect when the elevator arrived must have been pure joy. Yet most companies look at change and feel scared. When you consider large legacy companies, most look like they wish the internet had never happened. Above all else businesses need to create a culture of enthusiasm, a love of the emerging possible and a sensible approach to taking bigger, more gut-based risks to leverage the power of what is coming.

Most roles in companies are entirely backwards facing. We look at what we and others did in the past; we take data from before, best practices, case studies — it’s all backwards-looking. Let’s map the future, let’s dream about what’s to come, and make it before someone else does.

You point out that “buying innovation is the fashion” right now. Why is this? What do big companies need to do differently in order to innovate?

Every company I meet seems to loathe risk. We live in an age of test and learn, or fail fast, but nobody actually wants to ever be a part of failure. I’ve had many clients try something new in order to learn, then spend countless hours trying to massage metrics so it didn’t look like a failure, while entirely failing to note what was learned. It’s this culture that means people want to spend $1bn buying a company that can sit as an asset on a balance sheet worth $1bn (likely to be written down later), rather than spend $1m 100 times per year starting new experimental units, of which likely 1 will become worth far more. You can spend 10 times less, create 10 times more value, and people will worry about the $99m wasted.

“Businesses need to create a culture of enthusiasm, a love of the emerging possible and a sensible approach to taking bigger, more gut-based risks to leverage the power of what is coming.” -Tom Goodwin

As you meet with various company leaders, how do you jar some of them out of complacency? 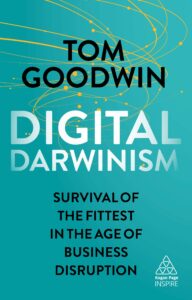 We have to be realistic that most significant change will take a lot of money, a lot of time, and will signal to the market that things are not perfect. It’s far, far easier to cut some costs, do some perfunctory innovation that signals to the stock markets, and manage the decline slowly.

As a result, my hope is not to get companies to change their main line of work, but to get them to self-disrupt on the side. Large car companies, banks, retailers, insurance companies, media owners are all far too big to change now. But what if these companies and their incredible cash on hand or ability to borrow used it to set up tiny units destined to become the future of their business? What is the role of a bank in 10 years? What do retailers set up today need to look like? Around these amazing briefs with small investments, CEOs can manage the decline by creating units that ultimately eat the parent company one day, with little exposure or rebuilding in the process.

For more information, see Digital Darwinism: Survival Of The Fittest In The Age Of Business Disruption.

How Great Leaders Bring Out the Best in Others