How Entrepreneurial Negotiations Can Improve Your Success 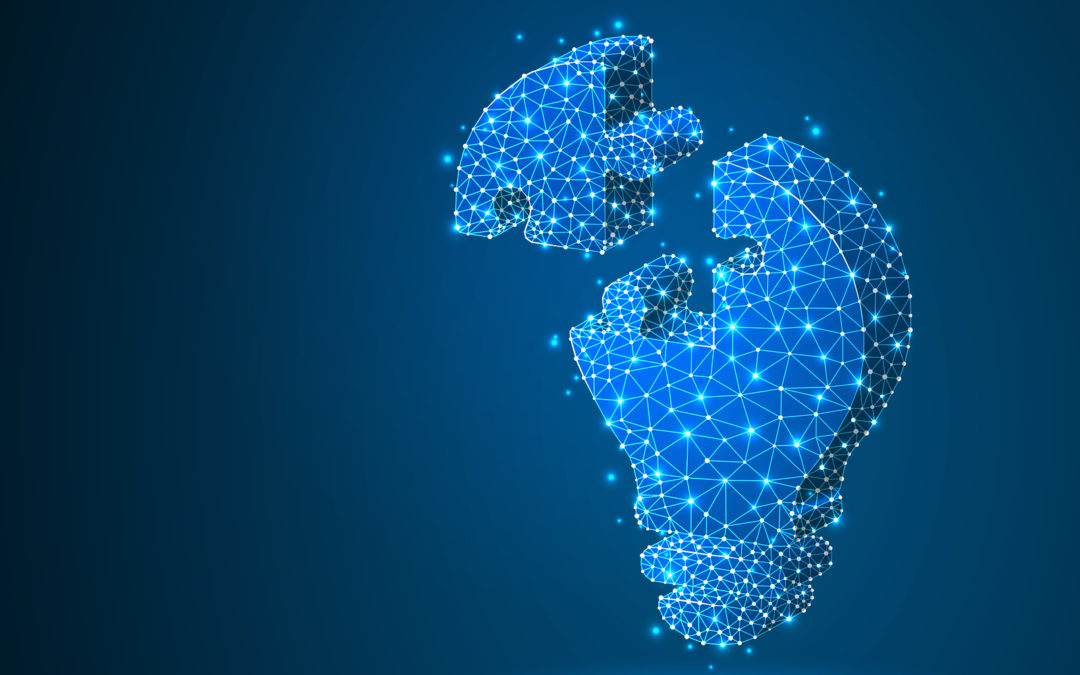 Negotiations Can Improve Your Success

Entrepreneurs and startups face an uphill battle as they launch. That’s not surprising, because statistics show that 80-90% of them will fail. Against these daunting odds, entrepreneurs must not only be innovative, but determined to succeed not matter what happens.

And, according to Samuel Dinnar and Lawrence Susskind’s book, Entrepreneurial Negotiation, the biggest threat they face is an inability to negotiate.

That grabbed my attention; so I followed-up to discuss the findings with Samuel Dinnar. Samuel is the president of Meedance, a negotiation and dispute resolution service, and an instructor at the Program on Negotiation at Harvard Law School.

What are “entrepreneurial negotiations” and how are they different?

In the research for our book, my colleague Lawrence Susskind and I interviewed many entrepreneurs from diverse industries and backgrounds. We found that in entrepreneurial negotiations several factors, that may also exist in business negotiations, are always elevated, often to an extreme. They are complexity, uncertainty, relationships, egos, and emotions. 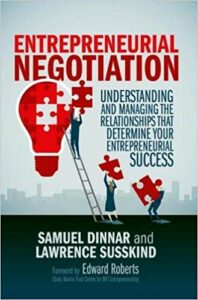 Moreover, the entrepreneurial leader needs to negotiate for everything throughout the life of a startup and especially in the very early days, when the future company is just an idea or in the seed stage. On the other hand, when a corporate leader (whether a manager or an executive) is tasked to run a project that brings a new product to the market, for example, that manager will usually be given a budget and a team to work with. The entrepreneur leader continues to negotiate for resources that are beyond his or her control throughout the life of a startup. He or she will need to sell the “vision” to potential employees who might not get paid in the beginning as the company is being formed, or to negotiate with investors to invest their money in the company that has yet to deliver anything, or to convince the customer to buy a product that does not yet exist from a company that may not even be around a year from now!

As action-oriented leaders, entrepreneurs are constantly on the move. How does this affect negotiations?

Many entrepreneurs are hard-working action-oriented leaders who know how to make quick decisions and move swiftly based on their intuition. Trusting their intuition and instincts has made them successful so far, but there is a danger in that. Some of the habits that made them successful may actually backfire when used at a later stage, once the company has grown. For example, raising money from an angel investor is a very different process of negotiation than the one used with a later-stage venture capital firm. Some entrepreneurs will make the mistake of working alone without seeking enough advice, while others will make the mistake of compromising too quickly, without exploring how to create more value, so that they can go back to doing what they prefer such as developing a product.

“Some of the habits that make entrepreneurs successful in the beginning may backfire when used at a later stage.” -Samuel Dinnar

You discuss eight common mistakes entrepreneurs tend to make. Is there one that is the most common?

As I mentioned above, a key mistake is over-relying on intuition. In that case, entrepreneurs do not treat negotiation as a skill that continuously needs to be practiced and improved. By operating alone based on intuition, leaders expose themselves to the risk of missing opportunities or endangering the relationships based on their own unconscious biases and habits. However, a leader who is willing to invest in creating a learning culture and continuously improving his or her negotiations skills will be able to develop a personal theory of practice of negotiation—and will be able to improve the negotiation culture of the organization.

Another common mistake entrepreneurs often make is being overly self-centered and not thinking enough about the interests of the other side. Even a startup “pitch,” where the entrepreneur “pitches” an idea to a potential investor, should be looked at as a two-way dialogue between the parties. The goal of any negotiation is to achieve agreement that serves the interests of both parties. It really matters who is on the other side of the pitch, what their needs are, what their fears are, and what constraints they have from their own stakeholders.

“Action and decisiveness without adequate preparation and careful thought can sink your company and shatter your dreams.” -Samuel Dinnar

What are some strategies to prevent these mistakes before they happen?

Good preparation is key.  This means doing a pre-negotiation analysis which includes clarifying your own interests as well as theirs, assessing opportunities and risks, identifying information gaps and what additional information you may need, and anticipating the best means of creating value. In Entrepreneurial Negotiation, we include interviews with real-world entrepreneurs who are self-reflective and brave enough to share their experiences and their mistakes. These case studies demonstrate and highlight practical ways that negotiators can prevent mistakes from happening. We also include practical tips on how to detect when these mistakes have happened or are just about to happen, and how to respond to the situation in the way that will minimize the damage to the relationship and the substantial outcome of the negotiation.

Don’t Miss Justin K. Brady’s interview with Skip on how to turn companies around fast.

How do we learn about our own negotiation style to be more self-aware? 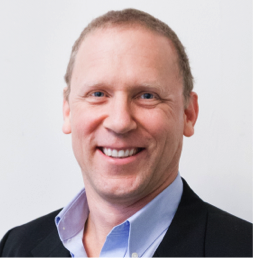 Indeed, developing awareness on three levels is at the heart of improving your negotiation skills. First, this

includes awareness of the theory of negotiation, which is done by reading books and attending wo

rkshops. Second, through simulations and actual experience you can develop your self-awareness to your own negotiation tendencies and styles. Third, you will need to also focus

Startup Tip: “A common mistake is being overly self-centered and not thinking enough about the interests of the other side.” -Samuel Dinnar

When you work with entrepreneurs, how difficult is it for them to change (considering that many of these mistakes are rooted in strengths)?

That’s a great question. I think there are variations between individual entrepreneurs, as there are between individual leaders in general. Some, as you suggest, will have a hard time adapting or changing.  Therefore, their success may be limited by some of their bad habits. Great entrepreneurs, however, know how to adapt their negotiation style and improve their negotiation skills throughout the life of the startup—and throughout their own career. To do this, entrepreneurs need to treat negotiation as a critical skill, be willing to seek help from peers and mentors, and realize that learning will happen by doing. Negotiation is an actual practice. Practicing it with awareness, with feedback, and with a better understanding will improve any business leader’s skills and lead to better results and better relationships.

How Transparency Can Transform Your Results

How to Solve Complex Problems Fast