10 Commandments of the Dealmaker 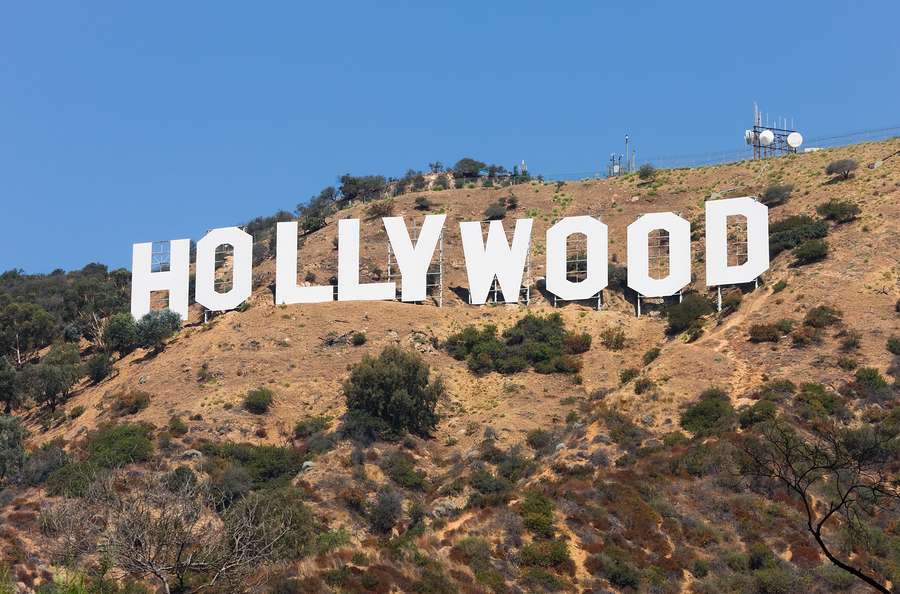 From Childhood Actor to Dealmaker

Jeff B. Cohen’s story is compelling. The former child actor is best known for his role as “Chunk” in The Goonies. The Goonies debuted and quickly became a classic, but Jeff’s career took a different turn. Adolescence changed both his body and his career trajectory. Now, Jeff is one of the entertainment industry’s prominent transactional attorneys. He co-founded Cohen Gardner LLP and has been named by Variety to its Dealmakers Impact List.

“To avoid criticism, say nothing, do nothing, be nothing.” -Aristotle

Though you may read Jeff’s articles in numerous publications, it’s his book that grabbed my attention. The Dealmaker’s Ten Commandments: Ten Essential Tools for Business Forged in the Trenches of Hollywood is a must read for serious negotiators.

Think Chunk meets Machiavelli and you will have a sense of the enduring book he wrote on negotiating. Some are sure to disagree with his philosophy or approach. Some may not like his view of power. Still, the book is a powerful tool for negotiators because it shows a side of negotiating not usually taught in class.

Jeff recently spoke with me about his work, his life as a childhood actor, and his fascinating new book.

“He who angers you conquers you.” -Elizabeth Kenny

How Your Experience Can Affect Your View

Your story from childhood actor to co-founder of your own Beverly Hills-based law firm makes for great reading. Talk to us about how losing work as a teenage actor impacted your view of power.

As they say, the beauty of first love is our ignorance that it will ever end. Acting was my first love as a kid, and I was really broken up when I hit puberty and couldn’t get gigs anymore. Fortunately for me, in high school, I found my way to a book written by Niccolo Machiavelli in the early 16th Century called The Prince.

The book was a revelation to me, because as a performer being loved is your first priority. It showed me that as a business person I would have to view the world differently than I had.

“You must unlearn what you have learned.” -Yoda

When to Choose Fear Over Love

It seems you feel that human nature hasn’t changed much since Machiavelli penned his book, The Prince. If you work with the philosophy that it is better to be feared than loved, does that cause problems for you in subsequent deals or in building long-term relationships with other negotiators?

Bad behavior requires consequences. That’s the big idea. A great Dealmaker doesn’t lash out indiscriminately; you do so to punish behavior that is detrimental to you or your client’s interests. You don’t want a long-term relationship with someone who is going to take advantage of you.

The reader may not be comfortable using The Dealmaker’s Ten Commandments and I respect that. However, they should know them merely from a position of self-defense. Odds are that their opponent will have no such qualms.

1: It is better to be feared than loved.

3: Everyone is one the same side: their own.

4: Things are precisely as they seem.

9: Be a dealmaker, not a deal breaker.

The Most Difficult Dealmaking Commandment 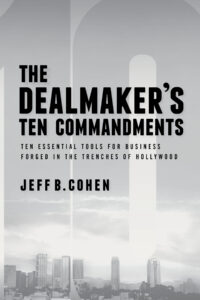 Which of The Dealmaker’s Ten Commandments: Ten Essential Tools for Business Forged in the Trenches of Hollywooddo you think is the hardest to learn?

“Dealmaker’s Commandment IV – Things Are Precisely as They Seem” is surprisingly challenging to master. There is a very human tendency to take information that makes us uncomfortable and rationalize away its implications. To be a top flight Dealmaker you must shave away fear, desire, envy and social conventions to see things exactly as they are. Sir Francis Bacon wrote that “Knowledge is power.” But, if you distort that knowledge because it makes you uncomfortable, it loses its power and you lose yours.

Why Mastering Time Matters to the Negotiator

One of the chapters I enjoyed was about time. Do it, delete it, or delegate it. Why is mastery of time and self so important to a dealmaker?

John Randolph wrote that “Time is at once the most valuable and most perishable of all our possessions.” A Dealmaker’s time is their commodity. Good capitalism is the efficient allocation of resources, and time is our most precious resource. Creating an effective and personalized system to manage your time enables you to expand your efficiency, power and circle of influence.

Is there a negotiation or deal from your practice you can share with us that highlights one of the commandments?

Attorney/client privilege prevents me from doing so. However, I use a number of fun and memorable examples from history, show biz and business generally to illustrate the Dealmaker’s Commandments. The story about how Jack Warner made his two brothers think they were selling the studio they created together, Warner Brothers, to a third party when in fact Jack was covertly buying it out from under them illustrates “Dealmaker’s Commandment III – Everyone is on the Same Side…Their Own.”

You still have a long career ahead of you. Are you concerned about giving away your secrets to those negotiating against you? Isn’t that giving the opponent a larger weapon?

Yes, that issue did concern me. But, I made sure to keep a couple of gems to myself. Just in case anybody tries to get cute…

This book also seems to be written for the person fighting a larger, more powerful opponent. Did you write this with that reader in mind?

I did. Goliath doesn’t need my help, but David does.

The last commandment is about not becoming a monster. Beyond the advice, is this something you have witnessed in your Hollywood practice and want to warn others?

“Dealmaker’s Commandment X – Heed Nietzsche’s Warning” is based on his admonition “Whoever fights monsters should beware that he, himself, does not become a monster.” Show business can turn someone into a monster, but so can any business for that matter. In my experience, the corporate rat race can be exceedingly brutal and cut throat regardless of the industry. Ask anyone who has worked loyally at a company for 20 years just to be replaced by someone half their age who can do their job at 60% proficiency and 40% of the cost.

The Power of Quotes

You seem to have a love for philosophy and political theory. My work is always loaded with quotes. When did you start loving, using, and collecting quotes?

I love quotes! What a fantastic way to cram a ton of thought provoking information into a tiny amount of space. I love that ideas espoused by Aristotle, Napoleon, FDR and Jay-Z can all be woven together to create a three dimensional view of human nature and the human condition. I also have a really short attention span and quotes are short, which is helpful…. 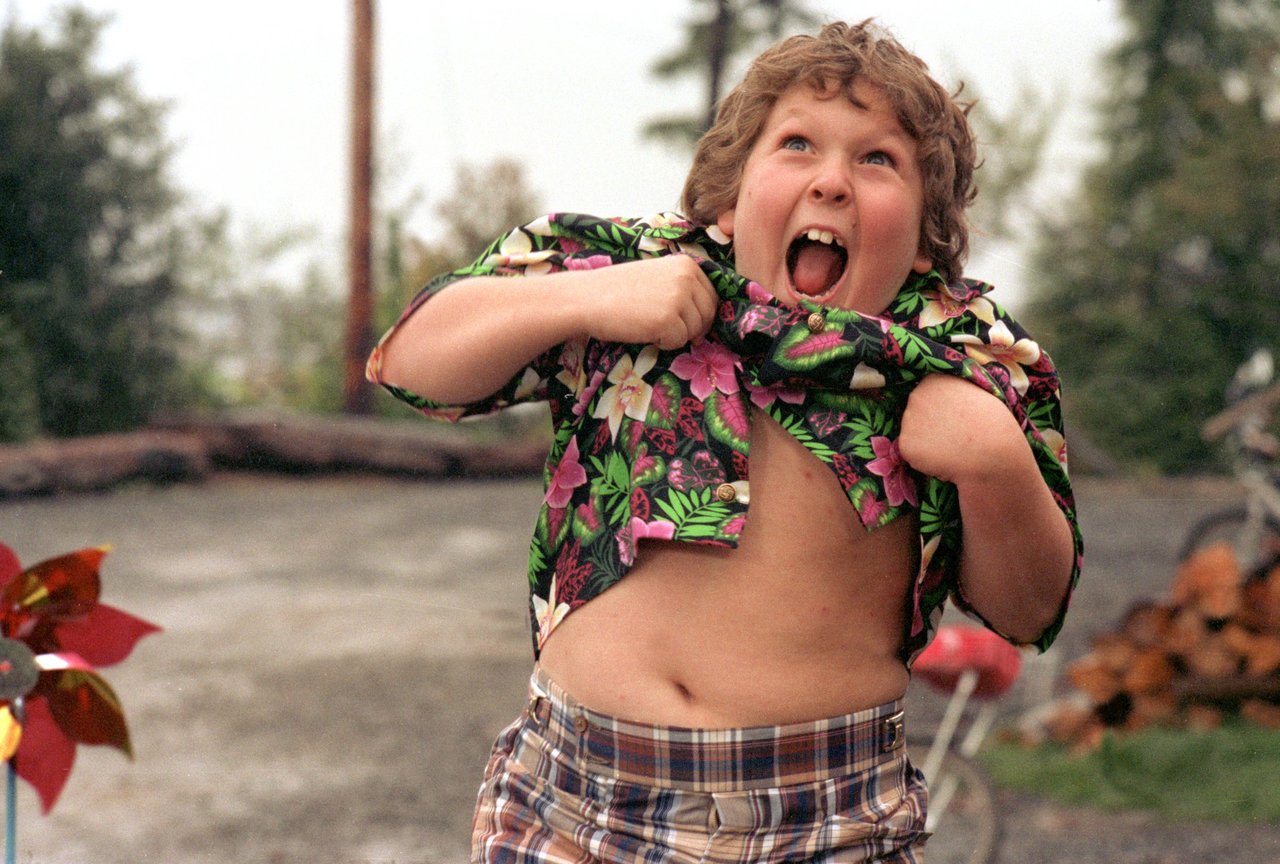 There are still passionate Goonies fans everywhere. How do you feel as you look back at that experience?

It makes me very happy that a film I did 30 years ago when I was a kid still impacts people today. I think that’s why I love art and entertainment generally. Songs, paintings, books, movies, jokes, poems–they all have little legs. After you create the work of art, it no longer belongs to you. It’s free to wander and impact people for as long and as far as its little legs will carry it. Art is what civilizations give to future generations. It was great to be a part of that process as a performer and now as a Dealmaker and entrepreneur.

Here are just a few more of the quotes Jeff used in his new book:

“Everyone sees what you appear to be, few experience what you really are.” -Machiavelli

“Since love and fear can hardly exist together, if we must choose between them, it is far safer to be feared than loved.” -Niccolo Machiavelli

“Eliminating envy is about shaving away the excessive focus on others.” -Jeff B. Cohen

“Time is at once the most valuable and the most perishable of all our possessions.” -John Randolph

“Of all sad words of tongue or pen, the saddest are these: ‘It might have been.’” -John Greenleaf Whittier

“Procrastination is the thief of time.” -Edward Young

“When skating on thin ice our safety is in our speed.” -Ralph Waldo Emerson

The Prince The Dealmaker’s Ten Commandments: Ten Essential Tools for Business Forged in the Trenches of Hollywood

27 Practices Resilient Leaders Use to Thrive