Dan Rather On His Life In the News 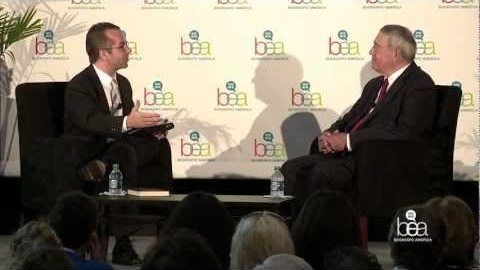 Two weeks ago, I shared an interview that I did with legendary CBS anchor Dan Rather backstage before our onstage discussion.  Today’s post features the onstage interview.  Onstage we talked about a number of subjects ranging from the personal to the historical.  If you have the time to view it in its entirety, I’m sure you will enjoy it.  Because it is just over thirty minutes and you may not have the time to view it all, I decided to write the subjects we discussed with the approximate time.

If you only tune in for one subject, I suggest you watch Dan Rather give his perspective on Civil Rights, Dr. Martin Luther King and how it impacted his life.  Here are a few highlights from that conversation:

“I find as a nation, as a people, as a society, we have a certain amount of amnesia.  Amnesia about what the reality of the civil rights situation was particularly for people of color….Covering Dr. Martin Luther King and the Civil Rights movement changed me as a person and as a pro….I grew up in a segregated society…if I’m this afraid…what must it be like to be of color and know this is happening down the street?”

Dan Rather understandably became very emotional as he recalled those events.  “To see people in power in city government turn high pressure fire hoses loose on children…I would not have believed people could do this, turn firehoses and vicious dogs on women and children.”   15:18

What Some Birds Taught Me About Friendship

A One-Word Question to Improve Results