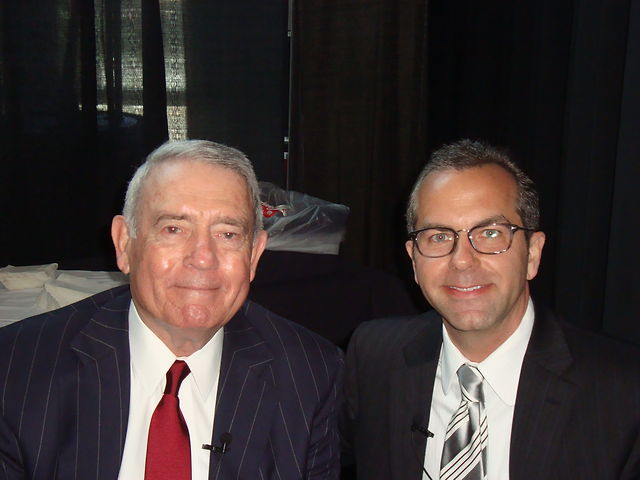 A Life in the News

Recently, I had the opportunity to interview Dan Rather on stage in New York.  It was a surreal moment for me.  After all, I grew up watching the network news trio of Dan Rather, Tom Brokaw and Peter Jennings.  I had watched Dan Rather interview world leaders.  Tough interviews.  Now I would be interviewing him about his life, which he has chronicled in Rather Outspoken: My Life in the News, a book I couldn’t put down.  And that’s a good thing because I read it several times along with everything else I could about Dan Rather before our interview.  I always prepare, but I definitely stepped it up knowing I was interviewing one of the world’s most prominent news anchors. 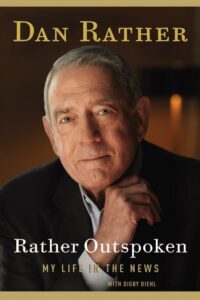 Years ago, I had casually met him once before in a hotel in Dallas.  He was covering a story, and I was attending a Board meeting.  I found myself in the elevator with the news legend.  We only spoke a few words and we were both off running in different directions.  I recalled his personal warmth but also could sense his intensity.

Before our on stage interview, we were to meet in the little green room backstage.  I was waiting when I heard his trademark baritone voice through the curtain.  He was very personable, humble and focused on everyone else.  At 80, he is as sharp as ever.  We started talking and I wish I had every minute on tape.  His firsthand account of modern history is riveting.  I asked him if we could sit down and turn on the camera for a few minutes before we jumped on stage.  He agreed.

Dan Rather worked for CBS for 44 years and anchored the CBS Evening News for 24 of those years.  At the same time, he appeared on 48 Hours and 60 Minutes II.  He currently anchors Dan Rather Reports on AXS TV.  Dan Rather has won numerous Emmy Awards for broadcast journalism and the Peabody Award.

In this backstage eleven-minute interview, we talked about the story that had the biggest impact on him, whether work-life balance was possible, how having rheumatic fever as a child shaped him, and finally his views on journalism today.

I started our talk with the discussion on the subject of leadership.  Having personally known so many presidents and world leaders, what would Dan Rather say were the characteristics of a leader?

1.  Have character.  “Character is all in a leader” because organizations “take on the ways of the top leadership.”
2.  Are good Listeners.  “It’s one thing to hear, another to listen, to really absorb.”

3.  They study people.  “They know their people collectively and study people individually.”

4.  They handpick the people around them. 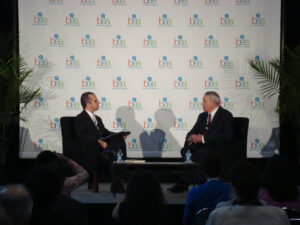 I found Dan Rather to be optimistic, humble, and grateful.  We were enjoying our conversations backstage so much that we were almost late to our session on stage.  After our on-stage interview, I noticed how he spent quality time with each person who approached him.  He was always listening intently, wanting to learn, wanting to know that person, wanting to understand another story.  Though he obviously had a busy schedule and a long list of things to do, I admired how Mr. Rather was “in the moment” and not thinking about anything else.

For more information, see Rather Outspoken: My Life in the News.