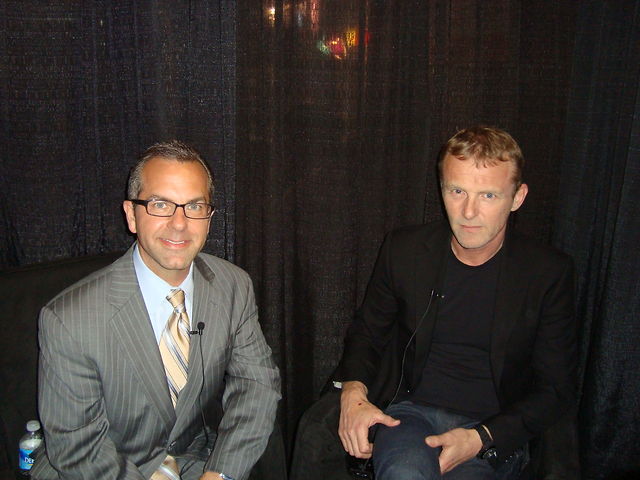 Jo Nesbo is one of the world’s top crime thriller writers.  His books have sold millions around the world, but his popularity in the US is only now skyrocketing. 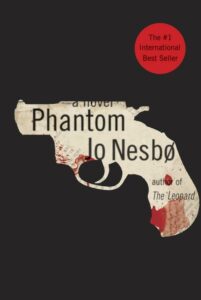 With Martin Scorsese directing a film of The Snowman, and more readers discovering his work every day, it’s easy to see the trajectory ahead.  (Readers of this blog may recall that this book cover was recognized as a top book cover for 2011.)

Next week Jo’s newest book will be released, again featuring his main character, Harry Hole.  Phantom will certainly soar to the top of the fiction lists and spur sales of his previous books.

Jo lives in Oslo, but I had the opportunity to meet him when he visited New York.

We talked about Jo’s unorthodox path to best selling writer.  He started playing professional football (soccer for US readers) and was sidelined after ruining ligaments in both knees.  Since then, he tried a few other careers including taxi driver and stockbroker.  In Norway, he was mostly known as a successful rock star.  He’s the lead singer and songwriter for the band Di Derre.

Jo explained his writing process.  Unlike many writers who don’t know the ending and write organically, Jo outlines extensively.  So much so (he spends about a year just planning) that he feels like he is not creating a story but retelling it.

Harry Hole is the main character in Jo’s novels.  He’s a first rate detective working the most dangerous cases.  Jo talked about the development of this memorable character.  Jo explains that Harry was developed over a few books.  By his third book, he finally felt like he knew him.  Jo describes Harry as “normal,” but he is flawed as a workaholic with drug and alcohol addictions.  Harry doesn’t bond with people because, “His experience in life is that the people he loves will be taken away from him.”

Despite this remarkable success, Jo Nesbo is humble and down to earth.

I’ve always been interested in how and whether success changes people.  I loved Jo’s answer to my question about his success.  Does the success of one book add pressure and make it harder or easier to write the next one?  Jo responded that the sales figures don’t change anything for him, but, “What inspires me is the feeling that I’m getting better at what I’m doing.”

And what a great thought that is.  What could be a better lesson than defining success by skill versus external accolades?