A Conversation With Neil Abramson 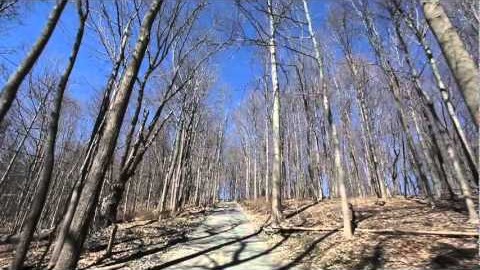 Friend and publisher Rolf Zetterson had breakfast with me a few months ago, and told me about a great new book called Unsaid by Neil Abramson. What a captivating story and beautifully written debut novel. It’s been a favorite pick of independent booksellers and received praise from many publications and authors. All of Neil’s biographical information is important when you read the book.  Neil is an attorney in Manhattan who is married to a veterinarian.  Not only does he own 29 animals, but he works on behalf of animals.  He has served as a board member of the Animal Legal Defense Fund and was a founding member of the New York City Bar Association Committee on Legal Issues relating to Animals.

The well-done book trailer (in the above video) does a terrific job giving an overview of the book.

I recently interviewed Neil about the book and his experiences as a first time author.

You’re a lawyer and your wife a veterinarian.  Oddly, so are the main characters in the story.  How much of the story is autobiographical?

There is a good deal of “us” in there, particularly in relation to the animals.  We were blessed to have lived with all of the companion animals I wrote about in Unsaid.  I hope I was able to capture their very unique and complex personalities.

The narrator in Unsaid has passed away and is observing events and how her husband, David, handles her passing and all that is left.  She has unfinished business and has made mistakes in life she wants to correct.  Tell me more about this struggle.

Helena, the narrator, is a veterinarian who has died, but she cannot move on because she is terrified of confronting the mistakes she believes she has made in her life, meeting up with the hundreds of animals she euthanized over the course of her career, and perhaps most of all, her growing belief that her thirty-seven years of life were insignificant.  Because she is desperate for closure and connection, Helena haunts—and is haunted by—the life she has been forced to leave behind: her shattered attorney husband, David; her houseful of damaged but beloved animals; and Cindy, a chimpanzee to whom she helped teach sign language, and who may hold the answers to the mysteries of animal consciousness that have eluded her over the course of her career.

Helena’s struggle—one of several in the novel is shared by most veterinarians I’ve met.  They both save life and then take it away.  We not only authorize them to kill, we expect them to do so and at the exact correct moment.  I don’t know of any other profession where the taking of life is such a daily occurrence.  And I think for most vets, every passing means something.  It must, because every veterinarian I’ve met chose that very long and difficult professional path in order to help animals, not to kill them.

In addition to the tension between David and Helena, there are other tensions in the book, including Helena’s earliest work with chimpanzees.  Saving Cindy, a chimp, is a mission for David and it also reveals much about humans and our interactions with animals.  Clearly, you have a love for animals and a special sensitivity toward them.  When did this start in your life and how did you develop this plot?

Although I’ve always liked dogs, I didn’t begin to develop a strong bond with animals until I met the woman who would become my wife.   At the time,I was living in a small dark apartment in Manhattan with a dead cactus.  She, on the other hand, had already acquired a family of her own—horses, a pig, dogs, cats, birds, and even a chinchilla named “Hopscotch”.   She was surrounded by so much life and I was grateful for the opportunity to share in that life.  It was not always easy for me, but I learned a tremendous amount and I certainly got more than I gave.  Over time, and particularly when our family went through a health crisis, I witnessed firsthand the power of animals. I saw them heal, teach, and push us to be better people.  I wanted to find a way to express and share that experience.

The idea of Cindy came about because, ultimately, Unsaid is about the importance of communication in all of its different forms and the limits we choose to impose on what we are willing to hear.  We now know that all animals communicate in some way; when my dogs come and greet me at the door after a long day at work and they jump on me with tails wagging, I know they are telling me something.  Should it matter that they are unable to sit down at a table and write a note to me that says “I’m so happy you are home?”  Is the message they are sending out less worthy of attention than the two guys on the train talking about the stock market or the Giants game?  As a chimpanzee taught American Sign Language (and, yes, there are such chimpanzees), Cindy crosses a boundary and takes away the most convenient excuse for refusing to listen—you are not speaking my language.  Once that wall is deconstructed, we can no longer avoid asking very serious questions about our own conduct and choices.

You’re a past Board member of the Animal Legal Defense Fund.  Do you have animals at home?

29, of various shapes and sizes (at last count).

You write with a depth of emotion and wrote a beautiful debut novel.  You’ve had success as a lawyer, now as a writer.  What defines success for you?

Success for me is contributing in a meaningful way.  When I imagine that Unsaid may encourage people to talk in their book clubs or to their friends about the importance of animals in their lives, or that it may inspire someone to adopt a shelter animal, volunteer for animals, or just try to help an animal that is lost, suffering or alone, then I feel that I have been successful.

This was your debut novel.  Do you have another in the works?

Absolutely.  This next one also deals with human-animal relationships, but in an entirely different context.

Tell me about your writing style.  Did you outline the story or was it more freestyle?  How long did it take you to write the book?  As a busy attorney working in a Manhattan law firm, when did you find time to write a novel?  Did you always dream of writing novels?

For me, writing is a very visual experience.  I actually see the characters, where they are, and how they interact.  Sometimes the progression is linear, but most often it is not and I really need to follow the scenes through to see the whole picture.  I find that outlining can be helpful because I tend to write a few hours at a time and there may be days (or sometimes weeks) between writing sessions.  I write on the commute to work or late at night and on weekends, so having an outline lets me get right to it without trying to reconstruct how I got here every time.  But even with an outline, it’s a pretty slow process for me.  Unsaid took me years from start to published product with a good deal of down time along the way.

And, no, I’m not someone who always dreamed of writing novels.  But then again, I never dreamed I would go toe-to-toe with an annoyed 600 pound pig, have a dog as the best man at my wedding, or end his life years later when he could no longer withstand the pain of his terminal illness.  Life just happens.

Notes on Creativity and Success from Diana Gabaldon

Finding the Needle in the Office