Audience: Know Thy Speaker! 7 Tips for the Audience 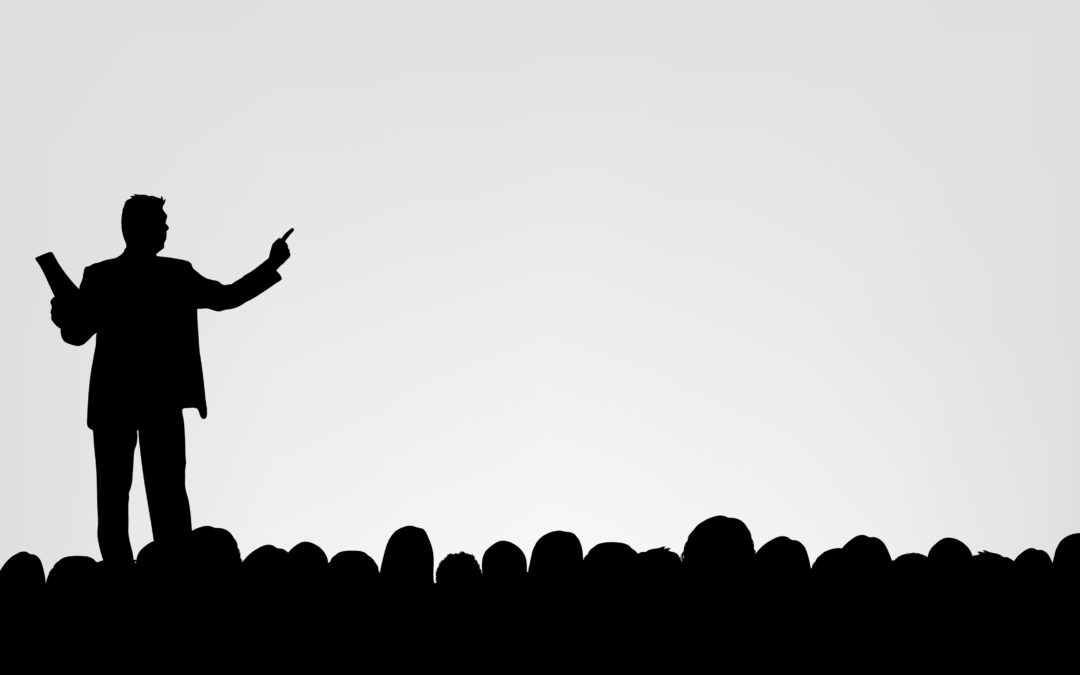 As a frequent keynote speaker and lifelong student of communication, I often hear the advice, “Know your audience.”  It’s a speaker’s starting point.  You need to know who you are talking to, why they are attending, and what their goals are.  Knowing your audience is crucial.

On the other hand, I’ve never heard advice for audiences.   Since all of us are more often in an audience than in front of the room, I thought I would share some tips:

1.  Know your speaker.  If you have a program, look at the speaker’s information.  Did she write a book?  Does he have a blog or appear often in the media?  It’s important to know where someone is coming from before you listen to the content.  You will spot bias as well as expertise.

I’m the CEO of Ingram Content Group, and I often speak at conferences.  I work hard to deliver messages that will make a difference.  I also try not to give commercials for the company.  No one wants to sit through a sales pitch.  But, I laugh when someone says I shouldn’t mention my company at all.  I’m the CEO.  I’m the top spokesperson.  If I never mentioned my company, I shouldn’t be in the job.  If you’re in an audience, and you know your speaker, you shouldn’t be surprised if the speaker brings up his or her book, blog, or company.  That’s exactly what the speaker should do and the audience should expect it.

2.  Don’t tweet something you wouldn’t say directly to the speaker.  I’m new to Twitter.  I love it.  I recently wrote a post on why I finally decided to join Twitter.  Even before I joined, I would watch what people tweeted during conferences.  I was at one conference where the speaker was trying her hardest to deliver a compelling speech, but she was obviously sick.  She apologized for sneezing as she pushed on.  Apparently, no one else from her company was ready to step in, and she was dedicated enough to push through.  The twitterati were not kind.  They attacked her viciously.  It was so unpleasant I thought Twitter should be renamed Bitter.  (Now that I’m on, you can follow me: @SkipPrichard.)

Though I’ve mostly seen encouraging tweets, I’ve been on the receiving end of some of the negative.  I know it can’t be stopped, and some of the tweets can be funny–just think about what you are writing.  Basically, you are a mini-publisher of a 140-character article.

3.  If the subject doesn’t interest you, change your focus.  We’ve all been at a conference or an event where the specific subject doesn’t intrigue us or is irrelevant to us.  When that happens to me, I shift my focus from the content to the method.  Instead of learning a new subject, I may instead study the speaking technique or how the speaker utilizes visual aids.  There’s no class on public speaking better than watching others and then trying out what you like.

4.  Take notes.  This one may seem obvious, and yet I’m surprised at how often we don’t take notes.  I usually take a page and draw a line down the middle.  I have one side for points from the speaker, and the other for ideas the presentation generates.  Often, the ideas have little to do with the speech, but it’s amazing what the brain does when stimulated (or bored!).

5. Take it all in.  In today’s hotly debated world where everything we see on the news is debated and argued, it’s so easy to argue with the speaker.  I’ve done this.  I think of counterpoints.  I think of instances where the general statement made doesn’t work.  It’s easy to do.  Just make sure that you are not so busy arguing with the points that you fail to learn something.  As I write this, I am convicting myself: guilty.

6.  Speaking is hard work.  The best speakers make it look easy.  It isn’t.  For every minute I speak, I can’t tell you how many hours were spent in preparation.  It really means something when you stand in line and thank the speaker or ask a clarifying question.  Send an email or a tweet.  It’s a thoughtful gesture if the speaker said something of value.  Gratuitous compliments are not what I’m talking about, but if you enjoyed the speech, say so.

7.  Take action.  Most presentations have a call to action or suggestions.  I try to listen with intention.  What am I going to do differently?  What do I want to stop doing?  Who do I want to talk to about this topic?  My action plan starts during the talk or it doesn’t start at all.

Knowing your audience is always important.  It’s just as important to know your speaker.  Next time you’re a member of an audience, think about these seven tips.

The Magical World of Erin Morgenstern