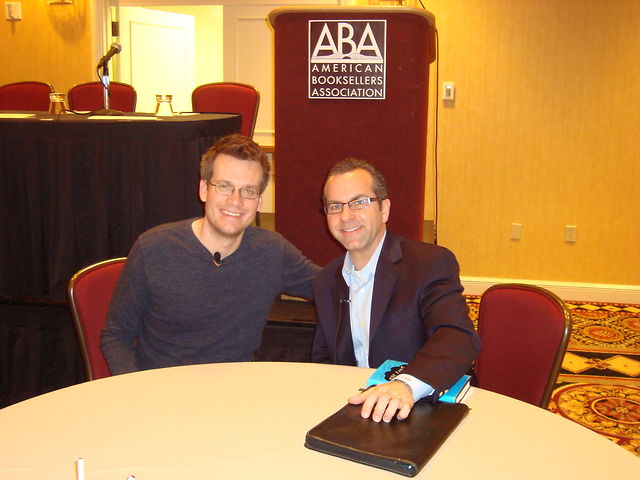 Only a few weeks ago, I knew very little about John Green.  I was told he was a huge Vlogger, but that didn’t help since I had never heard of that either.  Vlogging, it turns out, is video blogging.  John Green and his brother, Hank, run an unbelievably popular video blog with over seven million views per month!  Years ago, they decided to give up all textual communications and launched a video conversation that soon went viral.  They also have an entire community of “Nerdfighters,” dedicated to fighting what they call “world suck” (apparently anything in the world that is the opposite of awesomeness.)

Once I watched some of the hilarious videos, I read John’s new young adult book The Fault in Our Stars.   I don’t know what I was expecting, but after watching the videos, I definitely didn’t expect anything remotely like it.  The plot manages to be both deeply intense and funny at the same time.  And it’s written with such emotion and honesty that it’s no wonder the book soared to the top of the New York Times bestseller list.  John himself gives a much better overview of the plot than I could in our interview.

He’s a recipient of the Edgar Award, the Michael L Printz Award and a Printz Honor for previous books, and yet his many fans are declaring this new book to be his best yet.

When I met John Green, it was easy to see why he is successful.  Sure, he’s an amazingly talented writer.  But, more than that, he is authentic, down-to-earth, and really funny.  He’s exactly what you would expect from his videos.

Audience: Know Thy Speaker! 7 Tips for the Audience