Alan Alda on The Art & Science of Relating and Communicating 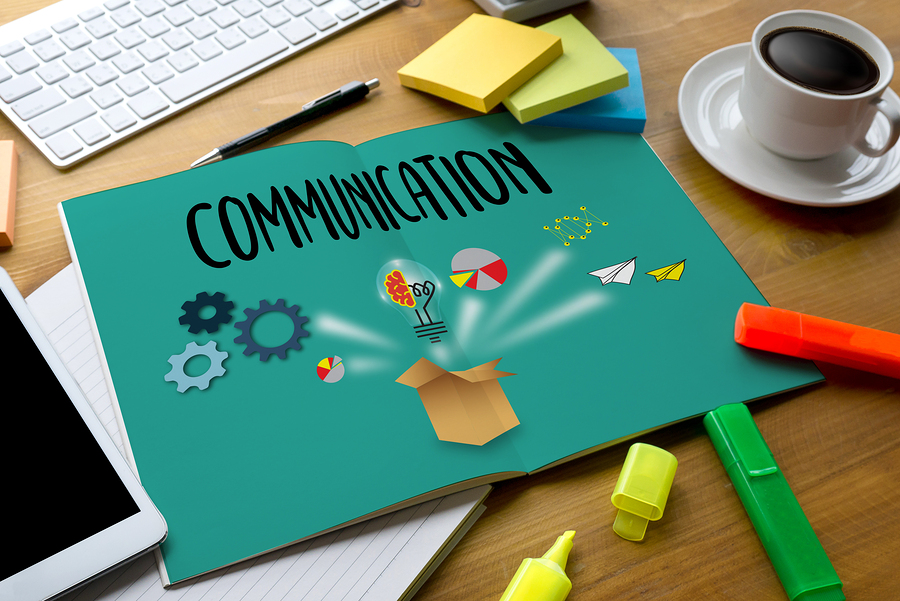 The Art and Science of Communication

Alan Alda needs no introduction. He played Hawkeye Pierce in M*A*S*H, appeared on ER, The West Wing, and he’s appeared in numerous films from Crimes and Misdemeanors to Bridge of Spies. For eleven years, he hosted the award-winning series Scientific American Frontiers, and he founded the Alan Alda Center for Communicating Science at Stony Brook University. He has also won seven Emmy Awards and received three Tony nominations, is an inductee in the Television Hall of Fame, and was nominated for an Academy Award for his role in The Aviator.

For many years, he has been studying communication. His latest book, If I Understood You, Would I Have This Look on My Face? My Adventures in the Art and Science of Relating and Communicating will have you laughing and contemplating the art of communication. You’ll find his insights and tips immediately useful in both business and personal settings.

I recently spoke with him about his latest work.

“Real conversation can’t happen if listening is just my waiting for you to finish talking.” –Alan Alda

It’s a gross understatement to say that you see things differently. For instance, most people don’t go through a difficult surgery at the dentist, one messing up your smile, and end up with ideas about improving communication. I’m interested in two aspects of this experience.

One, how did it inspire you?

The experience of a dentist’s poking in my mouth with a scalpel — without seeming to care if I understood his terse one-word description of the after-effects – was pretty much the essence of poor communication. All he said was, “Now, there will be some tethering.” What? Tethering? “Tethering. Tethering!” He just kept saying the same word over and over. Too cowed, I let him go ahead, and my smile after that was really suitable for playing villains.

He knew what he meant, but he didn’t notice that I wasn’t getting it. To the extent he did notice, it made him impatient. That story has come back to me many times, especially the more I see that it’s up to us who are trying to communicate something to be aware of what’s going on in the other person’s head.

“People are dying because we can’t communicate in ways that allow us to understand one another.” –Alan Alda

And two, have you always had a unique way of viewing the world or was this cultivated over time?

I don’t know if this is unique, but some of my earliest memories are of trying to figure out how things got that way, or why adults were behaving the way they were. My mother was schizophrenic and paranoid, and I always had to check her reality against real reality. I think that helped me question things and always check them out from another point of view. 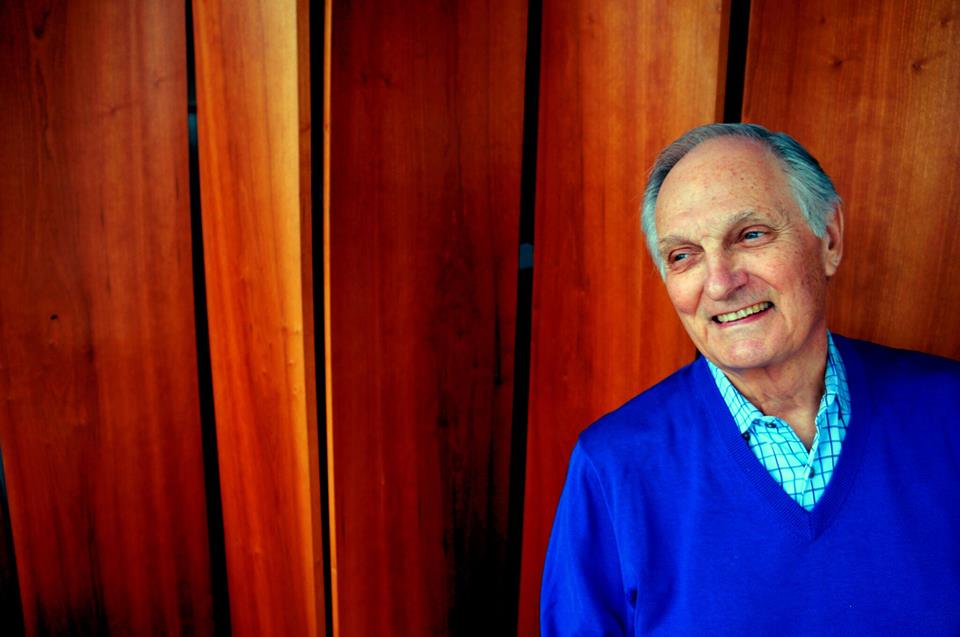 The Importance of Relating

Your book starts off talking about the importance of relating. I’m struck by your humility. You’re always up front with your mistakes, what you should have done, what you didn’t know at the time. For example, you say:

“My first blunder was assuming that I knew more than I did.”

“I was paying more attention to my own assumptions than I was to him.”

And then your story teaches us about relating, but also, we immediately relate to you because of your openness. Is this a relating tactic?

It doesn’t hurt. I think people are more likely to recognize a fellow human if they see they make mistakes, just as they do—and not posing as a guru on a mountain. It’s a way of establishing commonality and trust. But, it also feels good. It’s a great relief to shrug off the pose that you’ve got it all figured out, and admit to the more honest role of just being a fellow explorer.

“The single biggest problem in communication is the illusion that it has taken place.” –George Bernard Shaw

The Importance of Empathy

Let’s talk about empathy. I love a great thriller, and it’s great to know that it isn’t just entertainment, but that I’m also improving my empathy for others. How does reading increase empathy?

The people who recommend reading novels as a way to increase empathy make a point that we should try to read novels where the characters show a lot of genuine emotion. I find that procedural detective shows, and a lot of thrillers, don’t do that much. But detective shows from Scandinavia are full of emotion. Even the bad guys are full of emotion. I love them. Murder and feeling one dose.

I love this story about empathy. Larry Gelbart has a gun leveled at him at his home and somehow turns that attempted robbery around to help the kid get a job. What can the average person do to learn from Larry and increase our empathy? 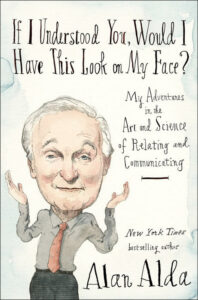 I don’t know if I’d have the empathy to convincingly offer a job to a robber, but I was taken hostage with a knife to my throat once in a prison where I was shooting a movie. I had the sense to shut up and try to read their emotions — to see what my chances were. That was a kind of emergency empathy kicking in. It turns out that the whole thing was supposed to be a joke. Inmate humor, I guess.

Since then, I’ve learned we can increase empathy in improvisation classes (at least the kind we teach at the Alda Center for Communicating Science, which is not comedy improv, but improv designed to help you connect and relate). I also make a habit of reading people’s faces all through the day. It seems to help. I find people more cooperative, and I’m a little more patient.

You interviewed scientists for Scientific American for years. You helped make knowledge accessible to all of us with clear communication. What lessons can we all learn from the scientists to take the complex and make it simple or to break through the jargon?

I think the most important thing to remember is to think about what the other person might be going through as we explain difficult stuff to them. What good is the best, most complete explanation if this person doesn’t get it?

There are many examples in your book about using improv techniques to improve communication. For those unaware of the techniques, would you share just one example of improv and how it helped a scientist communicate?

The mirror exercise has two people facing each other, One is the mirror of the other. The exact mirror. You move in the same way and at the same time that I do. No lag. We learn from this that you can’t connect with another person without observing them really closely – and that when communicating, it’s my responsibility to help you follow me. If I move too fast or in too complicated a way, it’s not your fault if you can’t follow.

In my book, I tell the story of a medical student who helped a woman understand she was going to die from cancer, when a senior doctor hadn’t been able to. The student was moved to realize he was using what he’d learned from mirroring and could help ease her way in the face of death.

“A bad review hangs on your brain by its pointy little claws, its stinger probing your amygdala for as long as you live.” –Alan Alda

Has social media improved or damaged our ability to communicate?

I think even in our truncated messages today we show a desire to refer to what the other person is thinking. For me, that’s reassuring. If we write something that makes us wonder if the reader will think we’re being sarcastic or snarky, that’s when we reach for an emoji. We still show an awareness of the other person and a desire for connection. I want to build on that.

For more information, see If I Understood You, Would I Have This Look on My Face? My Adventures in the Art and Science of Relating and Communicating.

“Be fair with others, but then keep after them until they’re fair with you.” –Alan Alda

“People who laugh together generally don’t kill each other.” –Alan Alda

3 Ways to Get in the Champ’s Corner

Capitalize on the Gig Economy