3 Ways to Get in the Champ’s Corner 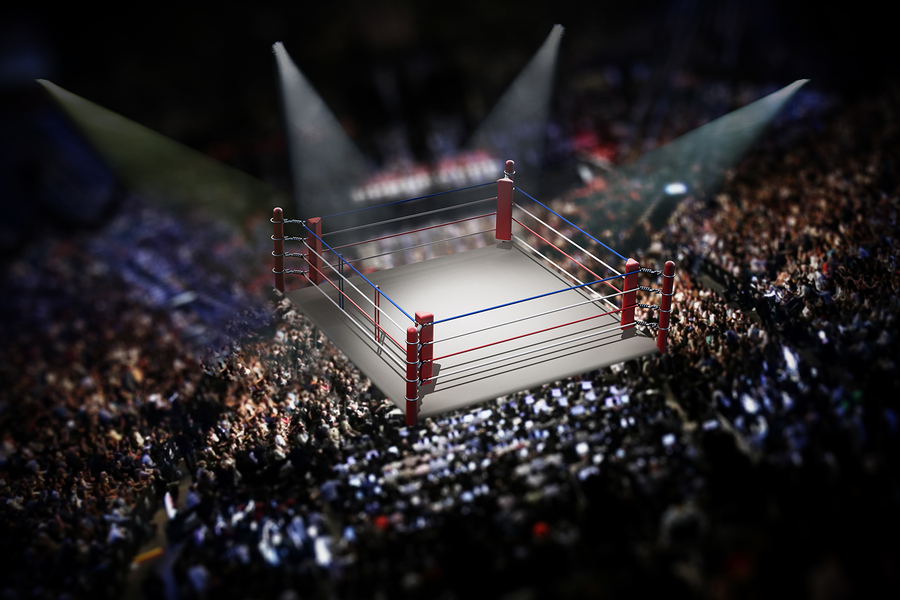 This is a guest post by brand strategist Robin Fisher Roffer. Robin is the Founder & CEO of Big Fish Marketing, Inc. She has launched and evolved dozens of media brands all over the world from A&E, Animal Planet, to Lifetime, MTV, and TNT. Her book, Your No Fear Career and audiobook Make a Name for Yourself is now available.

Get in the Champ’s Corner

Being trusted and valued by a business champion means helping them fight competitors, round-after-round.

While watching the McGregor vs. Mayweather fight, I found myself focused on the guys in each champion’s corner. On both sides, they mirrored the fighter’s personal style and brand. Mayweather’s big, imposing team wore all black and bling. They looked like they could be working the door at an exclusive Vegas club. McGregor’s fashionable posse resembled members of a boy band in black vests, pants, white shirts and ties.

The men in each corner were there to do more than psych up their champs, throw down strategy, give water and Vaseline faces—they were there to make Mayweather and McGregor feel and look like winners.

Professionals who finally make it to the C-Suite and business owners who have built their companies beyond their wildest dreams often find themselves no longer able to authentically count on the people around them. They look around and say, “Who can I really trust?  Who can I count on to tell me the truth?  Who’s really in my corner?”

Who’s In Your Corner?

It’s true that it’s lonely at the top. Who can you trust when you’ve made it? Who’s in your corner?

Years ago, when I was an executive at Turner Broadcasting, I would have lunch with the heads of each network on a monthly basis. Although they were presidents and I was just a director, they took the meetings because they felt I was in their corner– cheering on their vision, giving them winning strategies and making them feel like champs.

At one lunch, I asked CNN’s president, ‘‘What do you think your audience isn’t ‘getting’ about your network that they should know?’’ He answered, “That we break news first.” From there, I came up with a strategy to send 30-second “CNN Hot Spots” to affiliates when the network was first to cover a big story.

Today, I still zero in on what is uniquely important to my clients. During a recent branding workshop with a digital agency, I asked the executives, ‘‘What do we want the industry to say about us?” Asking questions like this means you’re in the ring with them, taking a keen interest in their agenda, product, and future.

Championing the vision of the company leader builds your executive presence and puts you inside the ring.

Many roads lead to career growth and vitality. I’ve found that being part of the leader’s posse and a champion of his or her vision is the quickest route. It’s not about brown nosing; it’s about being seen as integral to the company and its success.

Here are three ways you can get in the champ’s corner and help your leader beat the competition and deliver a knockout, just like Mayweather:

A head honcho at a content studio once asked me what I thought of someone in the company. Based on direct experience, I told him that I thought he was a jerk. He looked straight at me and said, “You’re hired.”

“In a time of universal deceit, telling the truth is a revolutionary act.” -Unknown

Take a 180-degree turn and stand in their shoes. What does he or she really want? Go make it happen. If you know the mission and goals, then don’t wait for orders. Say, “I’ve taken care of this for you and here are the results.”

“Initiative is doing the right thing without being told.” –Victor Hugo

3. Get Your Swagger On

When you walk into the room tell yourself, “What I say and do here matters.” Focused interest and enthusiasm creates an unbreakable bond between you and the champ. Everyone needs someone in their corner who confidently believes in them.

“Everyone needs someone in their corner who confidently believes in them.” -Robin Roffer

Focus on the Prize

Don’t try to “win” or “be right.” You won’t last in the champ’s corner long. Focus on the prize, not your own agenda.

As a brand strategist and storyteller, I often start my client relationship at the top of the company.  Over time, I will work with marketing and sales executives to execute the strategy.

To continue to receive direction from the top, I schedule meetings with the company’s leader around lunch, drinks, or dinner, and on a social, friendly basis ask about their goals and what I can do to serve their best interest. Then I translate that intelligence into ideas that make my client look like a champion.

You may be shaking your head thinking that you could never be in the champ’s corner or you don’t even deserve to be inside the ring. If so, it’s critical to surround yourself with your own posse—friends, mentors, and coaches who cheer you on and help you shift into a winning mindset.

McGregor may have lost to Mayweather, but he did go ten rounds with an undefeated champion of the world. He visualized a winning outcome, and the guys in his corner never wavered in their devotion to his success. Nor should you.

For more information, see Your No Fear Career.

How to Unlock Happiness at Work

Alan Alda on The Art & Science of Relating and Communicating