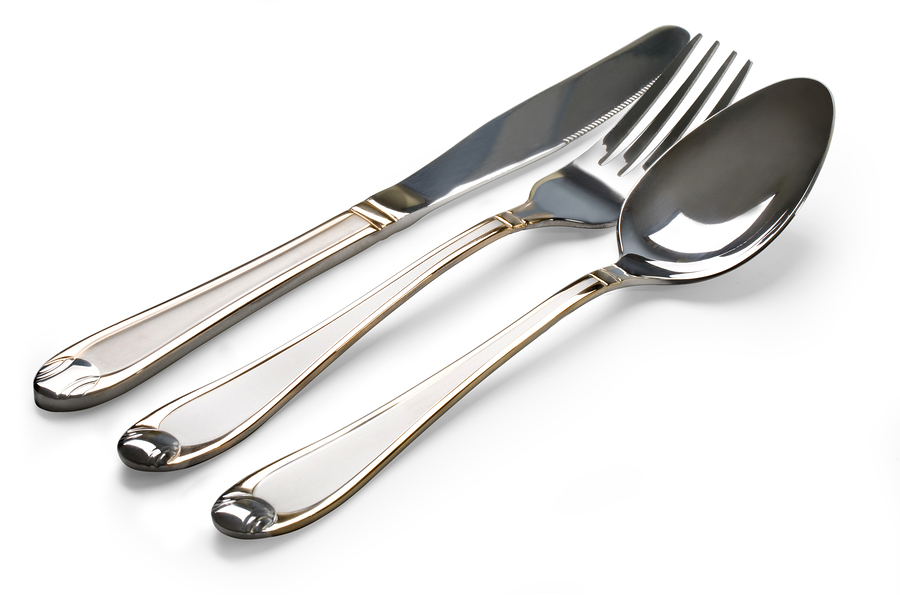 The Case of the Missing Cutlery

As a new manager, Kevin volunteers for the most unusual challenge.  Kevin is the manager of an airline catering company.  The airline is furious when it discovers that silverware is disappearing at an accelerating rate.  Given an aggressive deadline, Kevin needs to find out why the cutlery is disappearing and solve the problem.

As he is solving the case, Kevin learns about team building and motivation.

The Case of the Missing Cutlery is your personal story of learning leadership.  You found yourself managing a team with a major problem, with limited time to fix it, and with limited resources.  Why is this story resonating with readers?  Have you shared it with some of your colleagues working on “the case”? 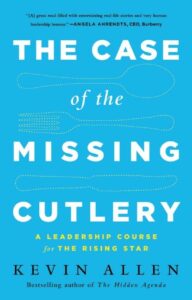 There’s so much great literature on leadership, but when I was coming up, it was hard to see how the high-flying exploits of C-level titans applied to me as a newly-minted shift supervisor.  People can easily relate to stories on the shop floor as well as colorful characters that we all have shared at one time or another.  I have received nothing but warm reactions from my peers including Angela Ahrendts, Burberry’s former Chief Executive (and now with Apple), who endorsed the book.

What is buoyancy?  Why and how is it created?

Contrasted with the command and control of yesterday’s hierarchical organizations, buoyancy is the concept that you “float” by connecting with the hearts of your people, galvanizing them on a journey toward an amazing goal.  They “float” you because they believe you are worthy and reward your belief in them with their belief in you.

The Importance of Story

Why is storytelling an important skill for a leader?

Storytelling is man’s oldest form of communication.  Throughout the ages, we have used this resonant means to impart vitally important values, beliefs and principles. It is powerful because it is human and emotive.

What is the “six o’clock conversation” and how is it important to leadership?

Well it’s funny you should ask: I remember vividly when I got my first leadership role at venerable ad agency McCann Erickson.  Mike, my mad-man boss, slapped me on the back and said, “Well, kid, congratulations.  You are now dinner conversation.  Everything you say, and more importantly how you say it, will be shared at dining tables all across your organization.”

Kevin Allen is best known for his work at the top of advertising behemoths McCann-WorldGroup, the Interpublic Group and Lowe and Partners Worldwide where he worked with brands including Microsoft, Nestle, and Lufthansa.  He pitched the famous “Priceless” campaign for MasterCard.  He is the Founder & Chairman of employee engagement company Planet Jockey, which specializes in gamified learning and business transformation company re: kap.

Real ambition is something very special indeed. There’s an awful lot of ambition around. In business it’s usually expressed in numbers, facts and bar charts. “Real Ambition” is creating something amazing that didn’t exist before. And there’s no more motivating force than people signing up for an exciting journey and an even more exciting outcome that they feel they have had a part in creating.

Your ACTION model is an outline of what to do in a crisis.  As you have worked with various teams and leaders, is there one part of the model that is the most difficult?

Well, it may seem crazy but it’s the “A” (Acknowledging the Problem).

Supply economy, hierarchical organization and their resultant cultures made it clear over the decades that errors, failures and setbacks are taboo. Yet we all know they happen because business, like any other human endeavor, is subject to human frailty, not to mention the unexpected that we can’t foresee nor control. In the past, organizations would go to great length to hide, ignore or white-wash a setback all in the hopes that it will all go away.

A buoyant leader has the confidence to acknowledge the problem and while an answer may not yet be in sight, is even more confident that the problem will be solved successfully.

Your previous book The Hidden Agenda was about the motivation behind decisions.  For those not familiar with it, would you share a little about it? 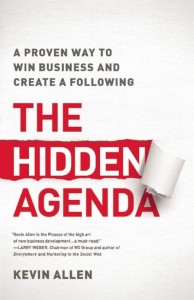 I came up in the business a somewhat soft-spoken fellow, hardly the tough-as-nails type, but one thing I did exceed in was human intuition and empathy. Over time, I put it to good practice in business development and became a renowned ad agency pitchman, and my success was due to understanding that behind every decision of any kind lies an unspoken, visceral, emotive motivation, when you uncover it and connect to it – you win.

The book is a roller coaster ride of the exploits of my years as a pitchman with stories, colorful characters and pitches won and lost.

You didn’t only write a book.  You created a game based on it.  Tell me more about the game.

We’ve identified an urgent need for companies today to ready a new generation of leaders to replace retiring boomers departing in large numbers, and to do it in a way that’s consistent with how this new generation learns.

That’s why we’ve gamified the knowledge in The Case of the Missing Cutlery to create a leadership training game suite called Planet Jockey Boardroom Blitz.  The game is an online multi-level, reality-based simulation based on the experiences of real Fortune 500 executives. The game is part of a suite that also includes a mentorship forum, where players can share business insights and seek advice, and a video tutorial library for on-demand coaching.

You are known for your work on the MasterCard “Priceless” advertisements.  What was it that distinguished you from the competition?  What “clinched” it?

The now famous “Priceless” campaign was created during the pitch I led for MasterCard. What separated MasterCard via “Priceless” was the very principle found in The Hidden Agenda: that people do not buy with their heads, they buy with their hearts. And by focusing our research on what mattered to people in their hearts, we discovered we all could agree that it wasn’t about what people purchased, it was about the things in life that no amount of money could buy. This idea still resonates 15 years later in dozens of countries around the world.

At last… my mom could finally tell people what I did for a living!

What are you currently reading?

I have just finished an inspired book The Reason I Jump: The Inner Voice of a Thirteen-Year-Old Boy with Autism, by Naoki Higashida.

My niece is raising an autistic child, and I immediately thought of her when I purchased it. It is about a 13-year old Japanese boy who, through the encouragement of his mom and teacher and the help of extraordinary technology, has been able to write exquisitely and reveal what it means to be autistic. It is very moving, uplifting and proves, yet again, the importance of human empathy and understanding.

The Case of the Missing Cutlery The Hidden Agenda