A Leader’s Role in Achieving Excellence in Execution 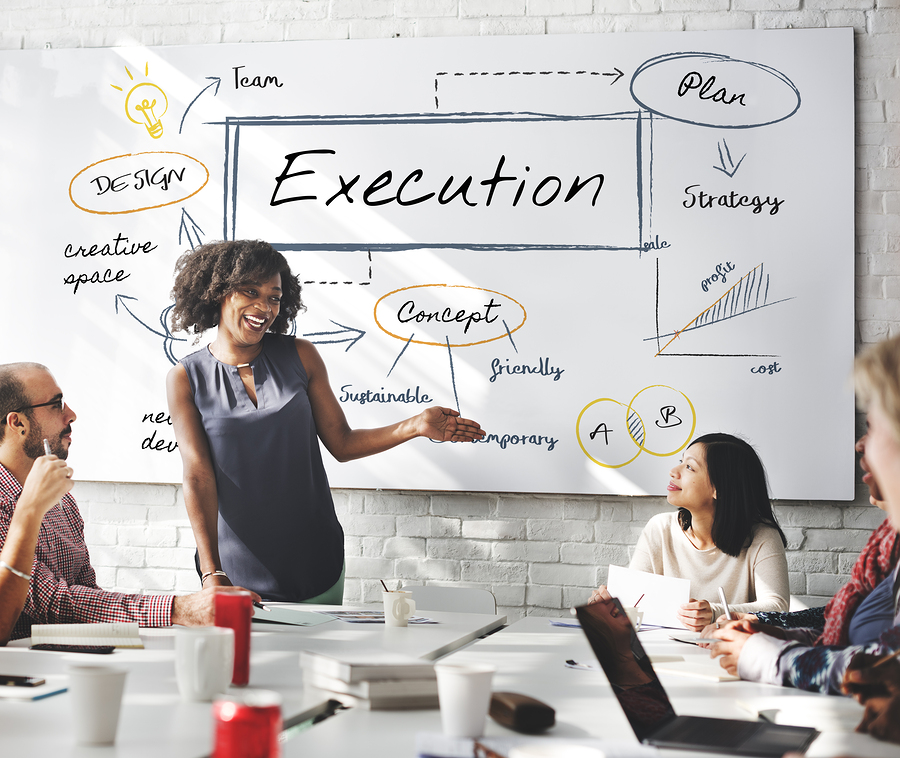 This is a guest post by Robin Speculand, author of Excellence in Execution: How to Implement Your Strategy. Robin is the founder and CEO of Bridges Business Consultancy and creator of the Implementation Hub.

To guide an organization through the execution of its strategy, leaders… don’t lead by example.

In strategy execution, leaders are responsible for driving the strategy forward and championing the direction the organization is heading. This involves, for example, reviewing progress, coaching people, resolving issues, and ensuring the right outcomes are being achieved. Leaders don’t lead by example as they don’t implement strategy; their employees do.

Before you even start your strategy execution, the odds are stacked against you as more fail than succeed. I have seen from my seventeen years consulting in this field that leaders are guilty of delegating the execution and not paying adequate attention to it. When leaders do this, their people also stop paying attention to it. McKinsey & Company stated that, “Half of all efforts to transform organization performance fail either because leaders don’t act as role models for change or because people in the organization defend the status quo.”

Show Confidence in the Strategy

If leaders perceive execution as an interruption to the business, they will not drive and champion it.

Anything short of embracing a new strategy and its execution by leaders can be seen by employees as a lack of confidence in the strategy itself. That feeling will spread throughout the organization.

Booz and Co. Survey: 53% don’t believe their company’s strategy will lead to success.

A key question to consider is: “What are you willing to do to execute your organization’s strategy?”

In contrast, strategy execution progresses when leaders support their comments with time and actions. Because only so much can go on a leader’s radar, he or she has to carefully select which actions will best drive the execution forward and where to invest their time.

Booz & Company surveyed executives from around the world on the results of their organizations’ strategic initiatives. Given more than 2,350 responses, the findings suggest a high degree of disillusionment, including:

If leaders don’t believe in the strategy, they will never be authentic and sincere in executing it.

PWC Survey: 55% of CEO’s state lack of trust is a major threat to growth.

A significant shift in strategy requires a significant change in a leader’s day-to-day activities and in resource allocation across the organization.

Even though leaders instinctively know execution requires extra effort, few are able to free up valuable time and resources to do it justice. Some are not willing, and others are basically hoping it won’t be needed. As a result, little energy toward the execution is displayed. Committing the time for execution every week in your schedule is a best practice. It also shows authentic commitment and sincerity.

As a leader, when you reallocate your personal time and focus, you send a powerful message across the whole organization. If you don’t commit the time yourself, how can you expect others to? And if people don’t see your energy in a visible way especially at the start of the journey, then they will question the organization’s commitment to strategy execution.

67% of a leader’s time is spent making or receiving reports.

Carve out time and energy to transform the business rather than only run it.

It’s estimated that 67% of a leader’s time is spent making or receiving reports. If this percentage seems accurate for you, then it begs the following questions (not just for reports alone but for managing your time daily).

Ways to Carve Out Time and Energy to Transform the Business

An important part of a leader’s time is spent being visible in the organization during the implementation journey. They must be driving and championing the execution with sincerity.

For more information, please visit: Excellence in Execution: How to Implement Your Strategy.

How to Achieve Stadium Status

7 Reasons Why You Should Improve Your Public Speaking