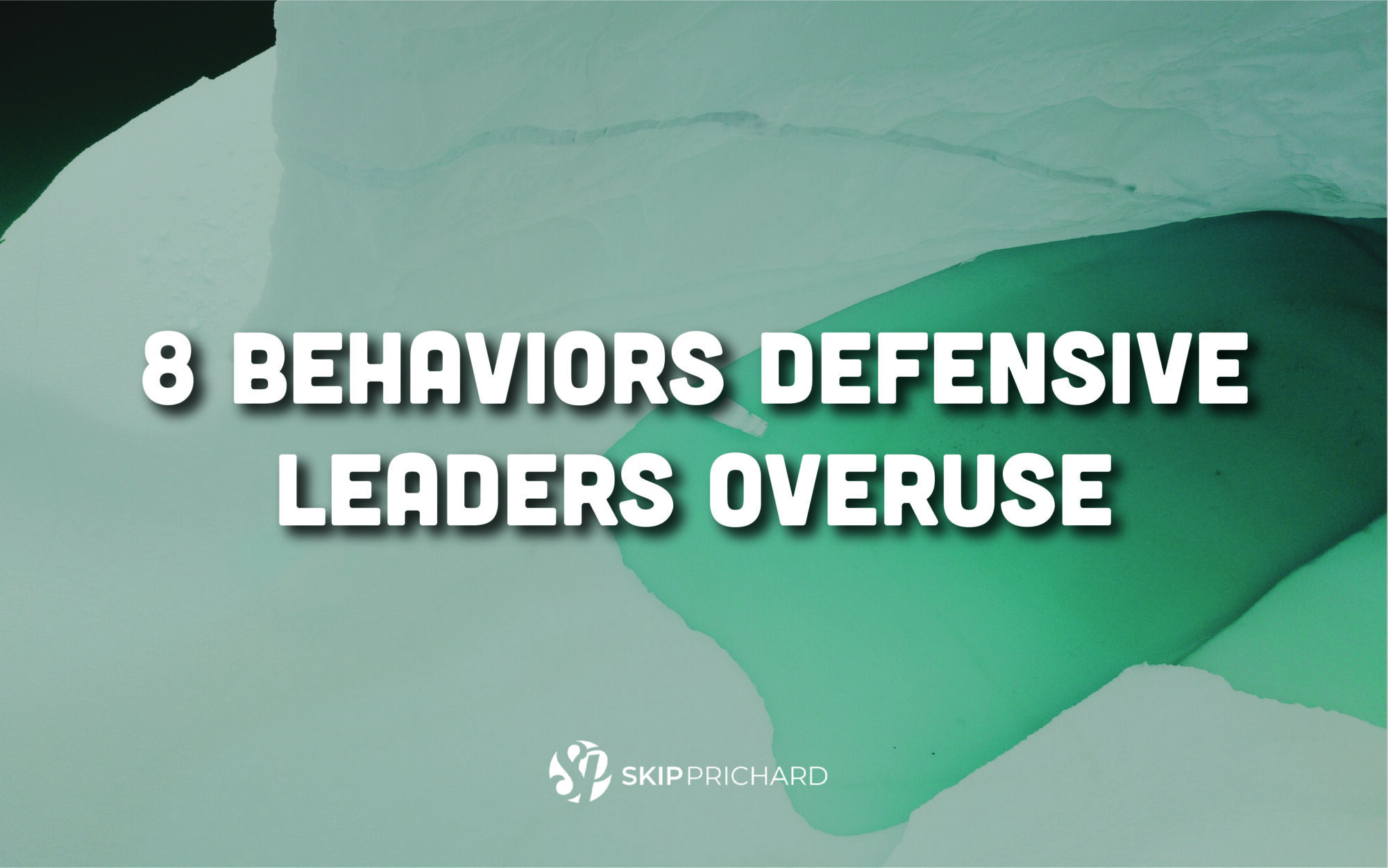 We often study leadership behaviors and practices we admire. Just as valuable to me is studying bad bosses and behavior that creates distrust. After all, we learn both from successes and mistakes. We can learn from everyone and every situation, whether it is what to do…or what NOT to do.

Diana Jones is a leadership advisor and executive coach and the author of is Leadership Levers. In her book, she outlined some negative behaviors that cause leaders to stumble or alienate staff members.

The following is Excerpted with permission from Leadership Levers (Productivity Press, 2021) by Diana Jones.

Whether intentional or not, persistent defensive behaviors damage relationships by forcing a distance between the defender and the other. Trust is less evident. People work together because structurally they must.

These leaders contribute value to their organizations through their knowledge and expertise, yet they engage in these unhelpful behaviors:

1. Acquiesce, walk away, or go silent in intense interactions.

Here the protagonist stops engaging and moves away physically, socially, or psychologically. The recipient can only guess what caused the other to cut off contact.

“Empathy is the ability to understand and share the feelings of others and it’s central to a leader’s emotional intelligence.” -Diana Jones

Leaders who “explain” in their attempt to gain understanding have the opposite effect. Listeners feel shut out. They don’t want an explanation. They want to know the implications for them, their business unit, and for achieving business results. While the leader is attempting to be thoughtful and helpful, explaining or describing rarely is.

Need I say more? We all have reasons why we act. Rarely do our reasons stack up.

4. Attack an idea or person.

Attack as the best form of defense may work in sports, but attacking a person or their idea is unhelpful in work relationships. “You are wrong” is a relationship killer in anyone’s language.

“’You are wrong’ is a relationship killer in anyone’s language.” -Diana Jones

Blame is the opposite of taking responsibility. Naturally, there are a myriad of reasons why something fails. Hearing about that aspect is rarely interesting. Leaders who focus on discovering the root cause know that the basis of responsibility and organization learning begin by fixing what’s not working and identifying how to avoid failure in the future.

“Leaders who focus on discovering the root cause know that the basis of responsibility and organization learning begin by fixing what’s not working and identifying how to avoid failure in the future.” -Diana Jones

This defensive behavior assumes the leader is superior to whomever they are condemning or judging. They have rejected the other as not being up to their own, or to some imaginary standard.

7. Deride, are sarcastic, and/or use cynicism.

Under the guise of opinion and humor, cynicism and derision about a third party are painful to the recipient and can trap naïve listeners into being part of a gang that rejects the recipient.

These three behaviors break trust and require the moral fortitude of staff, peers, and bosses to counteract.

Leaders who use any of these behaviors with stakeholders, bosses, peers, colleagues, and staff tend to push people away. They block interactions and close others out.