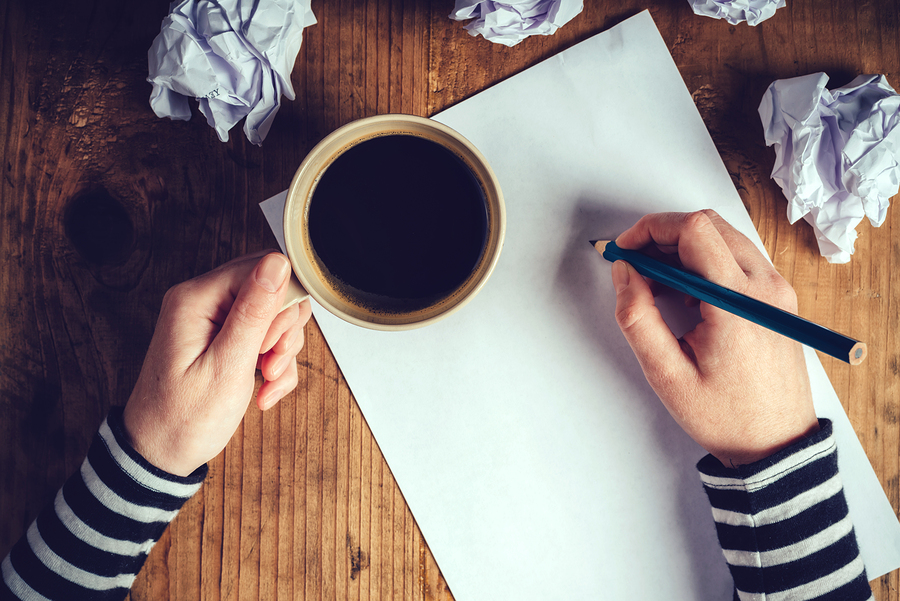 Want to make your idea clearer to others?

Looking for a way to have your message stand out?

“Open your eyes and look within.” -Bob Marley

Dan Roam just wrote a new book, Draw to Win: A Crash Course on How to Lead, Sell, and Innovate With Your Visual Mind, and it challenged me to communicate in new ways. I’ve always been visually oriented, but drawing is not always on my top “go to” list of tools.

I’ve learned that it should be.

Drawing is not something only for kids. It’s a powerful communication tool if used properly. I recently asked Dan about his life’s work.

In business, some would reject images and drawings as childish. You say that it’s the most natural thing in the world and dismiss this. Why do some people feel that way and resist the visual?

If you’ve ever witnessed a board meeting, suffered through a bullet-point presentation, or tried to read a business-school article, you know first-hand that “serious” businesspeople hate pictures. Pictures are childish, simplistic, and patronizing.

But if you consider that most meetings are torture, that most people sleep through PowerPoints, and secretly admit you’d rather watch Game of Thrones than read “The Harvard Business Review,” you also know this hatred of pictures is insane. The sad fact is that business without pictures is boring – and boring doesn’t get the job done.

There are many reasons this anti-picture mentality persists: In school drawing is considered just a stepping-stone to reading. Most of us had a parent or teacher who told us sometime that our drawings were terrible, and there are few resources for creating or critiquing business-oriented pictures, etc. But I think the most profound reason pictures are poo-pooed in business is historical.

Think about it like this: A century and a half ago, we inherited our educational system from the British – and most of it was developed during the industrial revolution. England (and America, who still looked across the Atlantic for guidance on most social issues) suddenly found itself needing to shift its workforce from fields into factories. Faced with millions of former farmers who had to learn overnight how to pull the right levers in the right order, our modern educational system was born, and the essence was this: If you could talk well, you went to university, banking, and law. If you couldn’t talk well, you went to the factory. The die was cast, and to this day the greatest definer of “intelligence” – despite increasing data and cognitive studies pointing out the power of pictures – remains your ability to talk. That’s great if you’re a natural Shakespeare, but miserable if you’re more Michelangelo.

“The best CEOs I know are teachers, and at the core of what they teach is strategy.” -Michael Porter

How to Start Drawing

In your work, many will tell you what I’m thinking right now, “But, Dan….I can’t draw!” What do you say to the many who resist?

It’s important to realize that drawing isn’t an artistic process; drawing is a thinking process. By virtue of being human, you are from birth an extraordinary visual-thinker. More of your brain is dedicated to processing vision that to any other thing that you do, with nearly half your neurons keeping you alive by seeing the world around you.

Kids love to draw. Drawing is the first way that all of us model and record our thoughts, and as kids we’re really good at it – until the “That’s a terrible dog; dogs don’t look like that!” judgement sets in, and drawing is beaten out of us.

Don’t get me wrong: I love words; words and spoken language are a miracle – but words work best when supported by pictures. Words and pictures amplify and complement each other – in exactly the same way our brains work when making sense of the world. 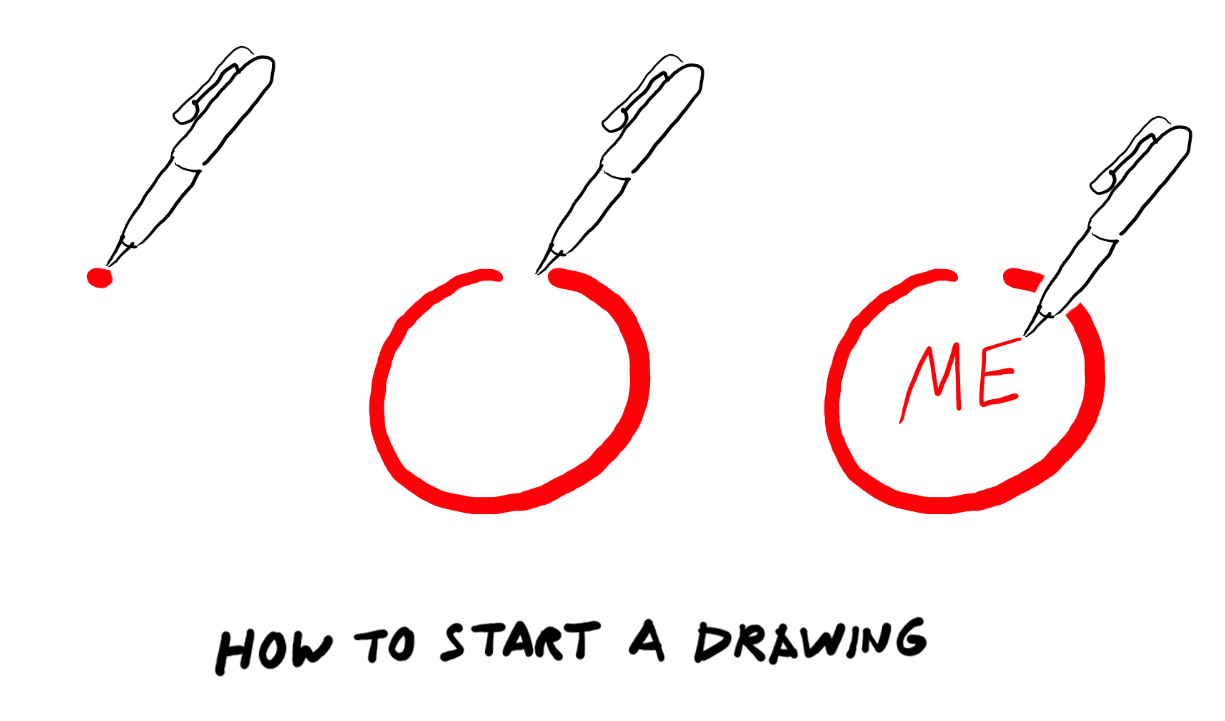 Once you realize that, drawing becomes easy to reintroduce: You start by drawing a few simple shapes – a circle, a square, and a line to connect them – and before long your visual mind wakes back up and you’re on a roll.

(In fact, when I do training at major organizations and corporations, it takes most people about three minutes to start drawing again.)

“Business has only two functions-marketing and innovation.” -Milan Kundera

Transform Your Leadership By Drawing

What are some of the benefits you’ve seen when someone learns to make drawing part of their regular practice? Any stories of how this transformed someone’s leadership you can share?

The first discovery of someone who starts drawing again is clarity. We think that the verbal voices in our head make beautiful sense – right up to the moment we try to describe our ideas to someone else and we find ourselves spinning and our audience drifting away. Pictures fix that, in a couple ways.

First, when you draw out your idea, you don’t have to remember anything: the full logic of your idea is there before you, all in one place, all immediately scannable, and none of it hidden. (And if you can’t draw out at least a few pieces of your idea, I think it’s important to ask yourself how well you really know it.)

Second, drawing exposes holes in your thinking that you typically don’t notice when just talking. It’s really easy to lie to yourself with words but a lot harder with a picture.

I’ve seen this sudden discovery of clarity hundreds of times in consulting and training sessions. My favorite example was when Ted, the Director of Strategy at one of the world’s largest professional services companies, had an epiphany during a visual-thinking class. I was taking the group through my “Six-by-six” visual storytelling exercise when Ted suddenly jumped up, and waving one of his pictures, ran out of the room.

He returned thirty minutes later, saying, “I just sold the job! I took a photo of my sketch and emailed it to my client, then called and walked them through it. I finally saw the way through – and they finally saw it, too.”

As a student of innovation, I was fascinated by your five essential visual innovation prompts. Would you share one of those with us and how this has had an impact on organizational thinking?

I love the visual innovation prompts, too – and I use them in projects all the time. My favorite is the “flip it upside-down” approach. It’s simple and powerful. Imagine a business concept or process that you’d like to improve – it could be anything from building a better mousetrap to discovering a new financial service offering.

Step one is to sketch out a rough schematic of how the concept works today. In this case, I’m working with a client to rethink “multi-level marketing” – otherwise known as “a pyramid scheme.” 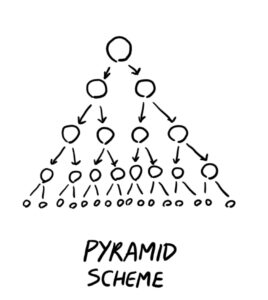 No wonder such business models have a bad reputation; who wants to be on the bottom of that stack? Just looking at it makes me feel insignificant.

Step two is to literally turn the picture upside down. In this case, what was before a cascading downward hierarchy becomes an upward model of growth – and who wouldn’t want to be the top branch of a magnificent tree? 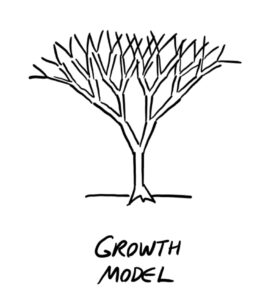 This simple flip-it exercise completely changes how you think about your idea and helps you discover new opportunities that were invisible before.

“In order to carry a positive action we must develop here a positive vision.” -Dalai Lama

Use Drawing to Articulate Your Vision

Let’s talk about developing a vision. How can leaders use drawing to articulate a future vision?

It’s pretty crazy isn’t it that we call our organization’s mission a “vision statement” when there is actually nothing visual about it? If you want people to follow you, at some point you have to show them where you are going – and that is where you need a picture. Nothing inspires people like being on a quest, and a quest always has a destination. So draw a picture of that destination. 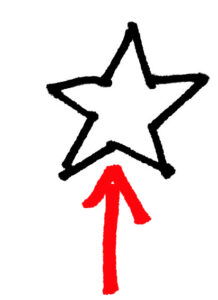 If your goal is to “win the prize,” (gain more market share, become #1 one in your industry) show what it will look like when you get there. 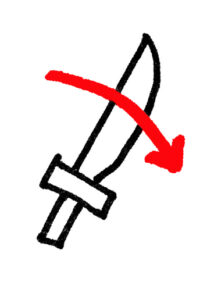 If your goal is to “slay the dragon,” (beat the competition, vanquish your foe) then show what it looks like to swing the sword and drop that beast.

More businesses have been started with a simple sketch on the back of a napkin than with a forty-page business plan. Why? Because when people can see what you hope to achieve, they can’t help but want to join you.

How is technology changing visual communication?

Drawing is our oldest communication technology. Our most ancient ancestors drew on the walls of caves thirty-five thousand years ago. They had lessons they wanted to share quickly and clearly, and pictures did the job. Today it’s the same – Facebook, Twitter, Instagram, Snapchat, Pinterest – social media and images aren’t the end of business as we know it; they are the continuation of our oldest dream. I see it and I want you to see it to. Today we just have better technology. 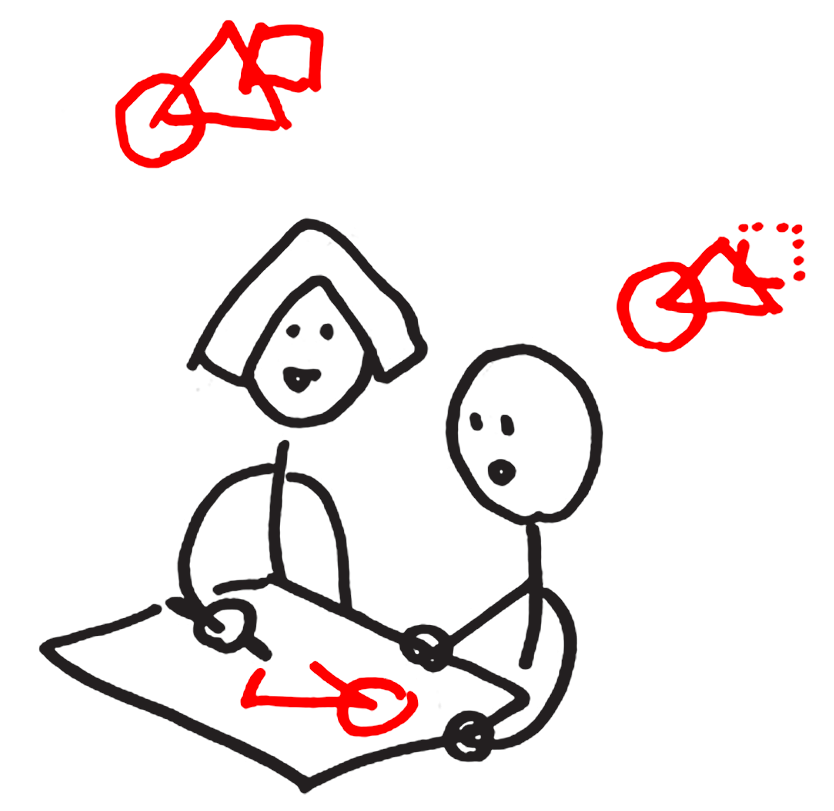 “Let whoever may have attained to so much as to have the power of drawing know that he holds a great treasure.” -Michelangelo

“More of the brain is dedicated to processing vision than to any other known function.” -Leo Chalupa

“If I can’t picture it, I can’t understand it.” -Albert Einstein

Draw to Win: A Crash Course on How to Lead, Sell, and Innovate With Your Visual Mind

Are you READY to up your winning game? By signing up for FREE to Leadership Insights, you take a step toward your own achievement![/subscribe]