10 Challenges that Defined the Company Disrupting the World 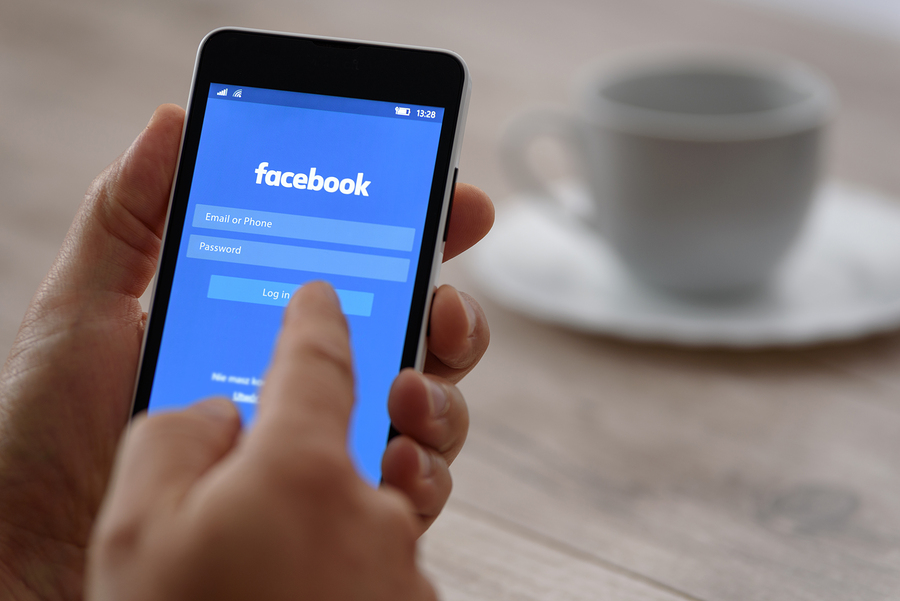 Chances are you’ve been on it today. More than 1 billion users visit it daily. Most of us start our day and check our personalized news feed, see who is celebrating a birthday, and keep up with our friends and family on the platform. It’s worth over $400 billion and is in the rare air of companies like Google and Apple.

Of course, I’m talking about Facebook (join me here). It’s not only changed the way we consume information, but also how we interact with the world.

In Becoming Facebook: The 10 Challenges that Defined the Company That’s Disrupting the World, Mike Hoefflinger takes us from the start of 2009 and its 150 million users to its explosive growth over the next several years.

Mike Hoefflinger is a 25-year veteran of Silicon Valley. After working directly for Andy Grove at Intel and as general manager of the Intel Inside program, Mike moved to Facebook to serve as Head of Global Business Marketing. During his nearly seven years there, the teams he built helped dramatically grow Facebook’s advertising business. He is now an executive-in-residence at XSeed Capital.

I recently spoke with him about all things Facebook.

What are some of the factors behind Facebook’s unprecedented rise to its worldwide phenomenon status?

Any story of Facebook’s rise starts with Mark Zuckerberg. While it would be difficult to acquire his vision and intuition, we can learn from how he goes about moving Facebook forward. With Facebook’s mission to make the world more open and connected in place since its earliest days, Zuckerberg has always preferred doing to talking. Whether it is building and launching thefacebook.com, staying calm during stormy product launches or competitive episodes, making big decisions to grow the business, self-disrupting the company via large acquisitions to protect itself, or betting on futures others dismiss or don’t see (such as VR/AR and connecting the next billion Internet users), dogma and fear never swamp the doing.

Would you share some statistics on Facebook’s current reach? How often we access it? How it compares to other media?

It’s difficult to over-state how large Facebook has become. Not only does it serve more than 1.94 billion people a month—about two-thirds of all Internet users in the world—it serves two-thirds of those every day, on average once every waking hour. No wonder it is the single most popular mobile app ever. And while that would be impressive, the company is also home to three of the next five most popular global communications tools: WhatsApp at more than 1.2 billion users a month, Messenger at more than 1.2 billion, and Instagram with more than 700 million. With consumers on the way to making mobile the most important medium ever—it is forecast to eclipse the amount of time we spend per person on television in 2020—Facebook is its pre-eminent force.

CEOs Who Transform How We Live

What can we learn from great CEOs like Mark Zuckerberg?

Zuckerberg has become a member of a very small group of CEOs in the last five decades who run consumer technology companies that invent the future for us, create the things we cannot live without, and touch hundreds of millions, and sometimes billions, of lives: Intel’s Andy Grove, Apple’s Steve Jobs, Amazon’s Jeff Bezos, Netflix’s Reed Hastings, Alphabet’s Larry Page and Tesla’s Elon Musk. After observing them the last 25 years in Silicon Valley, I’ve detected three things these product-centric founding CEOs have in common:

(1) They pursue an achievable-unachievable mission—something so big it cannot be completed, but one that offers moments of success along the path to bring confidence and momentum to employees, customers and observers.

(2) They are able to see—and willing to pursue—things that are very clever, but appear foolish in most minds initially. This way they avoid the food-fight of ideas everyone else thinks are clever, a road to nowhere of ideas that not only appear foolish but actually are. They usually know something—especially about technology and customers—that no-one else does.

(3) They are running 21st Century Medici Academies that attract the best talent. 500 years before Silicon Valley, the Medici family of Renaissance Florence built facilities, bestowed patronage and hosted discussion forums for the brightest minds of the period, including Michelangelo, DaVinci and Botticelli. The vision, scale and success of these modern-day CEOs make their teams highly attractive for today’s builders with the biggest dreams.

Talk a little about the speed factor in Facebook’s strategy.

Facebook’s feelings about speed are best summarized by two phrases you often hear inside its buildings: “Code settles arguments,” and “Speed is a feature.” The former refers to deciding quickly and building quickly so that product tests and actual peoples’ reactions replace opinion and politics. The latter refers to Facebook’s obsession with making your experience with the product fast and smooth. Every 100 milliseconds between the time you open Facebook’s apps and see your content matters to you, so it matters to the company. Billions of dollars of Facebook infrastructure in nine data centers around the globe and thousands of software engineers enable you to see news from your friends in the line at Starbucks. But it doesn’t end there. For the hundreds of millions of people who don’t have great mobile connectivity or cannot afford it every day, Facebook builds smaller experiences like Facebook Lite, now used by more than 200 million people a month.

Leadership Tip: Focus. Facebook selected a single metric that would focus all of their growth attention.

What’s a “North Star Metric” and how does it focus the organization?

An important aspect of Facebook’s growth is that while it may seem pre-ordained or, conversely, accidental, it is a story of constant, hard and intentional work. To overcome stagnation in 2007—before it had even hit 100 million users—Facebook instituted a growth team dedicated to becoming a systematic growth engine, and a North Star Metric. As the single number most indicative of how well the company serves its customers, a North Star Metric internally focuses everyone’s attention and substitutes objective reality for subjective debate. For Facebook, the number was user engagement—measured most stringently as daily active users. For a company like Uber, it might be the number of rides booked. Select your North Star Metric carefully, and then obsess about it.

Throughout the book, I love how you give us insight into Facebook while at the same time sharing lessons for all leaders to use. Would you share just one lesson you think we can all learn from?

Whether you are thinking about your career, a product, or a company, ask yourself if you care more than anyone else. If you do care more about your work, the problem your product solves for customers, or the role your company plays in the world, you will be more thoughtful, take greater risk, play faster defense and overcome bigger competition. That’s how Facebook built more engaging products and beat much larger companies like Google and Microsoft and younger competition like Twitter and Snapchat.

For 48 percent of users, Facebook is the most-used app on their mobile phones.

Given your unique background, would you share the inside view of the launch of News Feed?

Upon its launch in September of 2006, Facebook’s News Feed met with negative reactions (information previously only available on people’s Profile and Wall now showed up in the middle of their Facebook experience). Zuckerberg’s support for the feature was steadfast, however, because it was based on behavior Facebook observed in its early users. They would hunt around individual profiles for information now conveniently assembled by Facebook as a personal newspaper, one that is perfectly suited to today’s mobile lifestyle. More than a decade later, Facebook’s News Feed serves several hundred million individual stories around the world every minute and has become one of the most important modern media.

In the US, one of every four minutes on mobile is spent on Facebook and its apps.

How about Fake News?

Because News Feed is Facebook’s most important feature—it drives the engagement and revenue on which all other Facebook pursuits depend—the company has more than a decade of experience keeping News Feed clean and well lit. Facebook’s algorithms, personnel and filtering techniques eliminate the irrelevant, misleading and offensive, showing us instead what is likely to be most interesting. That pursuit triggered a constant evolution of both policy and technology for the company.

Facebook has begun to mark content considered disputed by recognized independent fact-checking organizations and made it more difficult to share such content. In the future you should expect to see even stronger measures to keep this kind of content from reaching customers, without tipping the company into editorial oversight or censorship.

You seem incredibly grateful to have had the experiences you did at both Intel and Facebook. As you look back, knowing what you do now, what advice would you have told your younger self?

As a life-long digital builder, I was fortunate to land in Silicon Valley and be a part of Intel during the PC and Internet revolution, and Facebook during the mobile revolution. It gave me a chance to see some of the greatest leaders in action and an opportunity to learn from them. Applying these lessons has been one of the most important aspects of my career.

I’d advise my younger self to focus on living these lessons deeper and quicker (which itself is a lesson from Silicon Valley): failure isn’t; you never make the hard decisions too soon; and disrupt yourself before someone else does (especially in periods between technology waves such as the one we’re in now, with mobile and social cresting and augmented reality, artificial intelligence and autonomy rising.) Finally fit your role to your strengths and practically ignore weaknesses.

For more information, see Becoming Facebook: The 10 Challenges that Defined the Company That’s Disrupting the World.