Why To Value People Over Profit 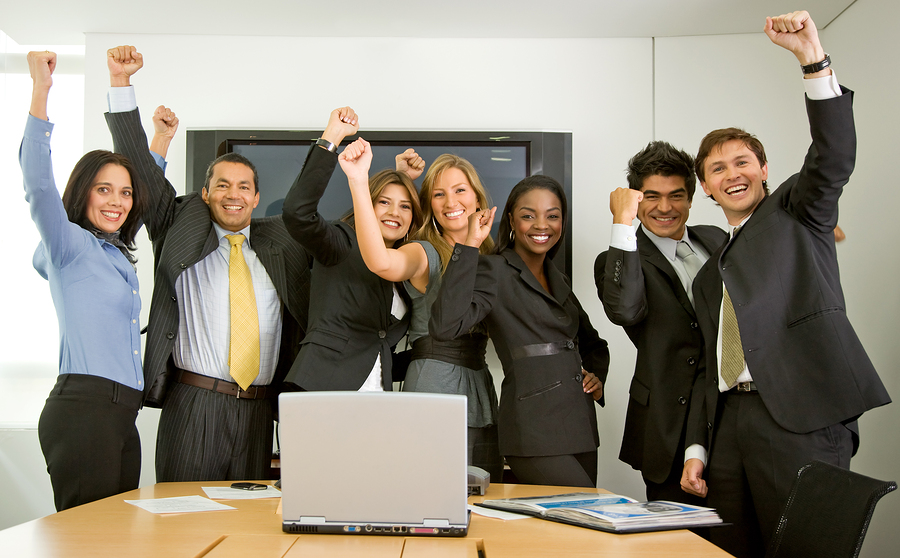 Dale Partridge is a serial entrepreneur, best known for founding Sevenly. Sevenly donates $7 of every purchase to charity. With over $25 million in sales, the company is known for giving to others. Dale’s story of Sevenly is covered in his new book, People Over Profit: Break the System, Live with Purpose, Be More Successful. In it, he also includes the story of his firing from the company he founded. Dale’s passion is about building sustainable businesses that also hold up the principles of honesty, transparency, and authenticity.

I recently had the opportunity to ask Dale about his experiences and how he upends common wisdom.

“When morality comes up against profit, it is seldom that profit loses.” -Shirley Chisholm

Everyone Deserves Respect and Kindness

The concept “people over profit” sounds so simple, but most leaders struggle with it.  How do leaders make this a reality in their organizations?

First off, let’s remember that the book isn’t called People Instead of Profit: the bottom line still matters. BUT, valuing People Over Profit is a top-down philosophy. It starts with leaders recognizing the intrinsic value of their fellow humans and that everyone deserves honesty, respect, care, kindness. Inside of that simple yet difficult discipline, we will find our companies becoming more profitable. The idea is that when people feel valued, they work harder, they work with more integrity, they work with more intentionality, and they work with more passion than ever before. On the flip side, when customers feel the same way, they share, they talk and they increase their loyalties.

“In a time of universal deceit, telling the truth becomes a revolutionary act.” -George Orwell

Tell us about Sevenly—the business model, the values, a little about the story behind it all.

It was ultimately a mission to raise awareness and funding for the world’s most important causes. While we only imagined we would make a small dent in a big issue, we never would’ve thought we’d end up raising over $4 million in $7 increments for these causes. Looking back, it was some of the greatest and most rewarding work I’ve ever done.

“Rather than love, than money, than fame, give me truth.” -Henry David Thoreau

Homesick for a World That Cares

For the first time in history, people are paying more to do business with companies that are following higher ethical standards and pursuing social goals.  What is behind this?

We’re homesick for a world that cares. Consumers are searching for a more truthful existence. We want to believe the world is honest and cares and loves, and at the core we believe that by doing so we might understand it. The characteristics of integrity have reigned true and have won since the beginning of time. While they are simple, we still find ourselves as adults struggling with these virtues. Valuing people over profit as an economy is simply a better model, and people are finally beginning to realize that.

“Generosity must be built in, not packed on.” -Dale Partridge

What’s your definition of authenticity? Of transparency?

Authenticity means not denying the cost of being who you are. We are who we are and we stand for what we stand for, but authenticity is when you don’t change in the face of a cost that challenges the very core of your identity.

Transparency is logic and emotion. Logically, it’s vulnerability plus acceptability equals transparency. Emotionally, it’s the courage to allow your heart to be fully seen by others. 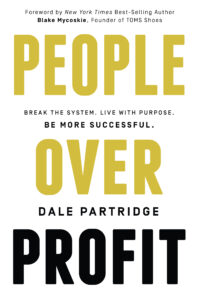 You cannot manufacture authenticity, a point you make in the book. Have any examples to share of companies making this mistake?

Companies all around us are packing on generosity to their business models in hopes that consumers will believe they actually care. But authenticity requires history, and there is a price to be paid to prove that you care. At the core, we want to see companies whose leaders’ hearts are fully behind their beliefs, rather than just their marketability. Any one of the hundreds of retailers that ask you to round up to donate to charity at checkout typically fall into this category. It’s not a bad thing as long as the heart is authentically behind it. Unfortunately, in most cases, that’s not the case. Generosity must be built in, not packed on.

“Fear kills more dreams than failure ever will.” -Dale Partridge

Courage.  I like how you call it “insane courage.” How does courage impact strategy?

Courage has a heavy price tag. It requires unwavering belief that for some reason, against all odds, you know what’s right. Courage requires opposition, but it’s standing firm in the execution of tactics that align with the beliefs you are so bravely standing for.

Any companies doing it (mostly) right?

“Do what you can, with what you have, where you are.” -Theodore Roosevelt

Dale, how do you hire? How do you find people who fit your vision and organizational culture?

Degree is the last thing I look at – it makes no difference in my decision. Instead, I look at emotional maturity, experience, and how well our two personalities mesh. Sometimes hearts line up correctly, and if we start looking at employees as people instead of parts of a machine, we’ll focus less on physical, logical, skill sets, and more on character. At the core, I search for people who listen and learn. In my opinion, it’s the number one characteristic of a leader. If you can’t listen or learn, you’ll always remain the same.

“How you make others feel about themselves says a lot about you.” -Dale Partridge

People Over Profit: Break the System, Live with Purpose, Be More Successful

10 Youngest Billionaires of Our Time: How Did They Do It?