What Customers and Prospects Actually Want (and Need) to Hear 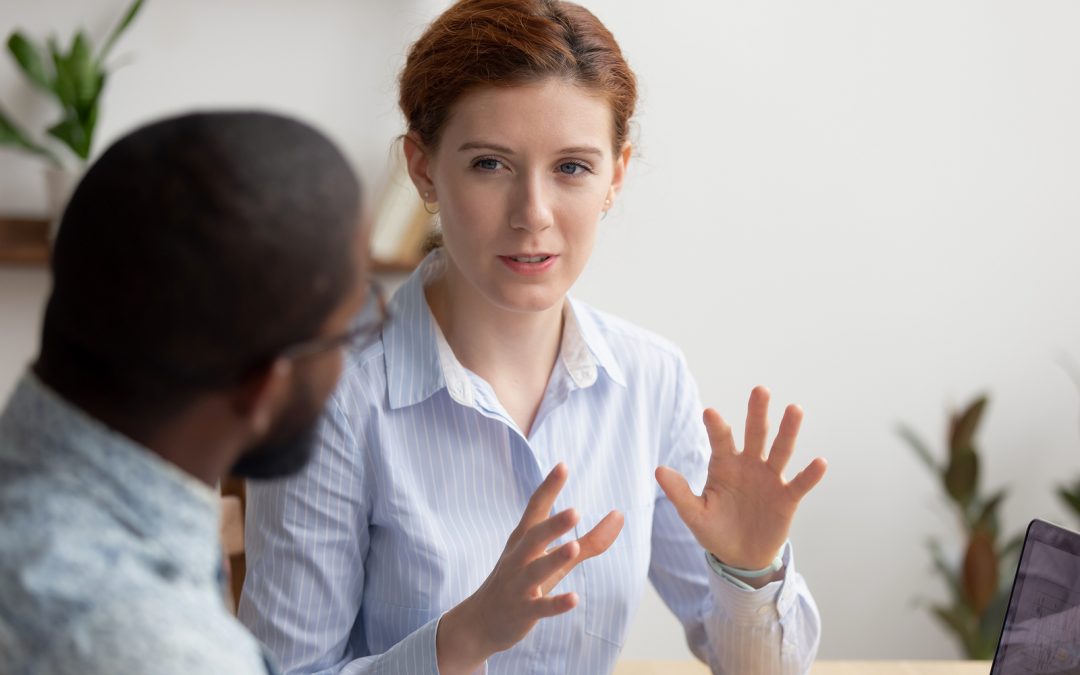 This is an excerpt from The Science of Customer Connections by Jim Karrh, PhD. It is adapted and reprinted with permission from Career Press, an imprint of RedWheel/Weiser.
“

“Never tell your problems to anyone. Twenty percent don’t care and the other 80 percent are glad you have them.” -Lou Holtz

THE GREAT FOOTBALL COACH Lou Holtz once said, “Never tell your problems to anyone. Twenty percent don’t care and the other 80 percent are glad you have them.”

That’s funny yet also uncomfortably true, at least in our everyday lives. But when it comes to business messaging, things are a bit different. It is more likely that 80 percent (or more) of consumers don’t care about your challenges. That has little to do with you—and a lot to do with consumers’ general mindset.

Approximately half of Americans say they don’t have enough time to do the things they want. According to Frank Newport, editor-in- chief of the Gallup Poll, there isn’t much new here; that proportion has held pretty steady—within a few percentage points either way—for several decades. That means half of the marketplace is feeling a regular sense of scarcity. When people feel that their time is scarce, they tend to lose patience and turn inward even more than usual.

Half of Americans say they don’t have enough time to do the things they want.

We have technology to potentially alleviate the time pressure, yet that same technology can also be part of the problem. Many of us are drowning in inputs and information but are still thirsty for a sense of direction. We are stuck in a pattern of always-on, anytime and anywhere. It is a phenomenon that the consultant, author, and former high-tech executive Linda Stone terms “continuous partial attention.” Motivated by a fear of missing something, millions of people are hooked on the brain buzz that comes from feeling connected. Unfortunately, that hook also keeps those people in a relatively constant stressed-out state.

As Ms. Stone puts it on her website, “We are so accessible, we’re inaccessible. The latest, greatest powerful technologies have contributed to our feeling increasingly powerless.” You and I cannot fix that. Nor should we try to “fix” anyone. But we do need to fully appreciate how and why so many of the people in our audience lack the proclivity to connect. It is on us to find the right approach.

“We are so accessible, we’re inaccessible. The latest, greatest powerful technologies have contributed to our feeling increasingly powerless.” -Linda Stone

MOST PEOPLE DON’T WANT TO HEAR ABOUT YOU

Think back to the last time you attended a crowded party or big event. Was there a time when you were chatting with someone else and felt like that person was losing interest and looking for the next person (or drink) with which to engage? You likely weren’t the issue. Nevertheless, it is a frustrating feeling.

Politicians are known as the poster children for this type of behavior. At rallies, fundraisers, or meetings they might appear to have the attention span of a ferret—always looking for the next hand to shake. The notable exceptions have used the power of personal attention and have been very successful.

I have lived in Arkansas for nearly two decades. It’s a state whose population is less than that of Los Angeles—so it is common here to run into political and business leaders, and often to know them on a first-name basis. Along the way I have had the opportunity to spend a bit of time with both Bill Clinton and Mike Huckabee. If you pay any attention to politics, then you know these two individuals are very accomplished but with very different political views; Mr. Clinton, a Democrat, was the 42nd President of the United States and Mr. Huckabee, a Republican, was a presidential candidate, TV host, and best-selling author. Both served as governor of Arkansas.

What these men share are a couple of qualities that set them apart from nearly every other political leader that I have come across. During face-to-face conversation—which is typically in a group setting or at an event—both can muster an intense focus on the other person and make that person feel, in the moment, that he or she is the most interesting and important person on the planet. Both men have, if not literally “photographic” memories, something pretty close. (One of Governor Huckabee’s staff members told me, “He can get interrupted by someone he hasn’t seen in months or years, and remember the name of their hunting dog.”)

Remarkable, right? I strongly suspect this capacity for connection is a key reason why two very different men, both born in the tiny hamlet of Hope, Arkansas (population of maybe 10,000), went on to national fame and great political success.

Most of us—myself included—don’t have such conversational focus (and aren’t running for anything). It’s often the case that we are on the other side of the equation. Perhaps it’s at an event, or in a meeting, or on a phone call.

Someone else is speaking, and . . . our attention wanders. The conversation doesn’t feel immediately relevant, and your mind jumps to something or someone else. It’s a natural response, given the number of competing inputs and priorities. Our default focus is typically on ourselves. This natural tendency makes it difficult for your business message— no matter how important and valuable it may be—to break through.

Consumers have the upper hand—and they know it.

We see evidence of their empowerment across settings and industries. Friends who are interior designers, architects, and builders tell me that many customers get immersed in Houzz, Pinterest, HGTV, and many magazines and home\ fashion catalogs. The implication is that homeowners are less dependent on their designers for ideas. They get the ideas on their own, then compare potential designers—if they decide they even need one—on price and terms. That means a creative business is being dragged into commoditization, with the result of lower success rates in selling design services and downward pressure on fees.

When your consumer audience feels more powerful, their focus turns even more inward. An interesting experiment illustrates the point. Imagine you were given a marker and asked to draw an uppercase “E” on your own forehead. (No, it isn’t a Sharpie or any sort of permanent marker.) Basically, there are two ways to do so. The first would be to draw the E as if you were looking at what you draw, in which case the E would appear to face backward for anyone looking at you. The other way would be to draw the E in the direction that others could read it. I suppose this is a bit like the sports fans who paint their faces, arms, or chests for the big game!

A research team led by Adam Galinsky used this simple exercise to test whether feeling powerful in the moment affects our perspective. The team gathered a group of participants and first asked everyone to write a short essay; half of them wrote about a high-power experience while the others wrote about a low-power experience. Next they were asked to “as quickly as you can, draw a capital E on your forehead.” Those who were randomly assigned to the high-power condition were nearly three times more likely to draw the E in the self-oriented direction.

As consumers feel more and more power, their natural self-focus will only grow. Of course, the desire to talk about ourselves is no modern phenomenon. It turns out to be a brain thing.

“On average, people spend about 60 percent of their conversations talking about themselves.” -Jim Karrh

WHY IT FEELS SO GOOD TO TALK ABOUT OURSELVES 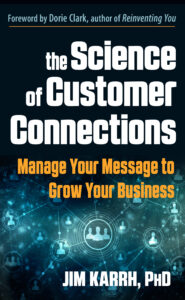 For most people, their own ideas and stories dominate the conversation. On average, people spend about 60 percent of their conversations talking about themselves. The tendency is even more pronounced—about 80 percent—in social media communications. Presumably, the difference on Twitter or Facebook is that we can’t notice other people losing interest.

Are we all a bunch of out-of-touch narcissists? The answer is simple and, thankfully, forgiving. Research tells us that we talk about ourselves because our brains make it feel good.

Princeton University psychologist Diana Tamir led a research study to uncover some causes. The team found that, when research participants were prompted to talk about themselves, several areas of their brains became more activated. Among them were two brain regions in the mesolimbic dopamine system that have been linked to the feelings of pleasure also associated with good food and even sex. We are almost inexorably drawn to the habit of talking about ourselves because it feels so good.

Building the discipline to talk about others as much as ourselves is, for many of us, akin to eating more broccoli and less cake. (You can make your own comparison when it comes to sex.)

Research: Areas of the brain indicating pleasure light up when we talk about ourselves.

If it’s only natural for the “I”s to have it in most conversations, how can we still excel in getting other people interested? There can be times when a professional can lead with “I” and do so very effectively, such as:

If you are at least aware of the whole mesolimbic dopamine system thing, then you and your team can harness it appropriately—having your conversational cake and eating it too.

Above is an excerpt from The Science of Customer Connections by Jim Karrh, PhD. It is adapted and reprinted with permission from Career Press, an imprint of RedWheel/Weiser.

How to Seize Opportunity in a World of Disruption