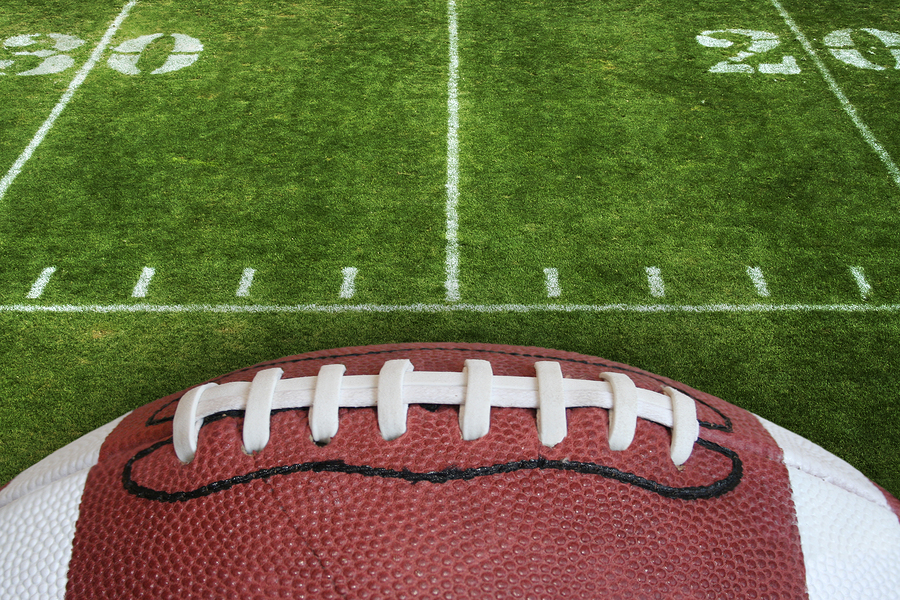 I love to collect these stories. It’s also fun to collect quotes from the naysayers who laughed at the disrupters, but are later proven wrong.

Aspiring leaders always benefit from studying disruption whether in your own industry or even in a distant field. Because often the principles and lessons are applicable elsewhere.

That’s why I have to share this story with you. It’s the reinvention of American football.

You may learn a few lessons from this story that may inspire you. And even if you don’t, you may find yourself at a cocktail party one day, looking for conversation. Read this and you’ll have another story guaranteed to fascinate everyone.

S.C. Gwynne is a first-rate author. Sam was a finalist for the Pulitzer and worked at Time as bureau chief, national correspondent and senior editor. Mix his superb writing with a compelling story and you have The Perfect Pass: American Genius and the Reinvention of Football. I recently had the opportunity to ask him about his research into the reinvention of the game.

“Innovation distinguishes between a leader and a follower.” –Steve Jobs

Hal Mumme transformed football from a running game to a passing game. Who knew!? Your book tells the untold story of how this transformation happened, and it does it in a compelling way. Would you briefly share how this happened?

In the NFL, the middle 1970s came to be known as the “dead ball era.” Fewer points were scored than at any time since 1942. Fewer passes were thrown than at any time since the 1950s. The game was heading back to its ground-and-pound origins, which is what many players and coaches really wanted anyway: a bloody scrum in the middle of the field featuring halfback dives and snarling middle linebackers. Things got so bad—and so boring (it was just as bad in the college game)—that the NFL made radical changes to its blocking rules in 1978, allowing offensive linemen to use their hands, and limiting how many times a receiver could be bumped. 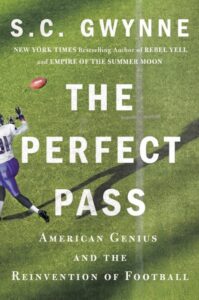 It was, coincidentally, precisely at that time that the coaches who would change the game arrived on the scene. Bill Walsh was experimenting with what would become the West Coast offense; Don Coryell’s receivers were running routes in new ways; Mouse Davis was setting records at Portland State; LaVell Edwards was starting his long run of offensive dominance at BYU, and a young Hal Mumme was studying the passing tactics of all the above. Fast forward to the present day, where a few quick statistics will illustrate the impact those coaches collectively had on the game. Prior to 1991 (the year Hal arguably changed the game), five NCAA D-1 quarterbacks had passed for 10,000 yards or more in their college careers. Since then, 90 more have done it. Of the 92 quarterbacks to date who have thrown for more than 4,000 yards in a single season, 78 have done it since the year 2000. And so on. The game has changed.

Of these passing innovations, by far the two most extreme were the Run and Shoot—invented by Ohio high school coach Tiger Ellison in the 1970s and brought into the modern age by Mouse Davis at Portland State in the 1970s—and the Air Raid. No one else was even close. As I describe in my book, the Run and Shoot did not really survive the 1990s, while the Air Raid was just starting to take off.

Hal’s approach began with the fact that he simply threw the ball more than anyone else. At Iowa Wesleyan, his quarterback Dustin Dewald once completed 61 of 86 passes, both all-time records. He passed on first down and fourth. Hal also messed with the basic assumptions, goals, objectives, and premises of the game. If most football teams ran 60 offensive plays in a game, he ran 85 to 90 and sometimes 100. If most teams believed that controlling the ball—time of possession—was the most important single statistic of the game (other than the score), Hal’s players behaved as though that number was utterly meaningless. He put five feet of space between his offensive linemen, shifting the basic geometry of the line of scrimmage. In a world of exceedingly complex playbooks and ever-multiplying plays, Hal had no playbook and only a handful of plays. His players saw a dead simple game, while opposing defenses saw what looked like wild complexity. Because Hal usually went for it on fourth down, his teams had four downs to make a first down, while his opponents had three, thus altering the assumptions one might make about what sort of play Hal would call on third and 9. (Hint: in his relativistic universe, he does not have to make 9 yards.) And so on. It was as though Hal’s team was playing an entirely different game.

You point out that before Hal Mumme introduced his technique, only five NCAA Quarterbacks had ever thrown for more than 10,000 yards and since then 90 have done it. That’s amazing. When did his technique catch on with others?

Though one can argue—as I do, in my book—that Hal definitively changed the game of football in the Iowa Wesleyan-Northeast Missouri State game on August 31, 1991, the rest of the world did not know that. The football world would not truly understand what he had done until the late 1990s. That was when he took his video game offenses to the game’s motherland—the SEC—when he became head coach at the University of Kentucky and did what everyone said he could not possibly do: in 1997 he beat Alabama. After the Alabama game, American football started making pilgrimages to his doorstep.

What personal attributes did he possess that gave him the willingness to challenge the status quo?

Hal is a Texan with a strong pulse of the frontier in him: an openness, a refusal to play by existing rules, a deep distrust of entrenched authority, and a boundless sense of optimism. He reminded some people of those Old West town promoters who invited their greenhorn clients to visualize what some dusty crossroads was going to look like: “Imagine the town hall there! And the theater there!” He was also stubborn, which helped him weather the rather large obstacles he had to face in putting forward this new style of play—like being fired in spite of his success.

“The successful warrior is the average man with laser-like focus.” –Bruce Lee

It’s a David versus Goliath story, the small doing the impossible and beating the big. Is that what motivated you to tell this story?

The story is, fundamentally, about a coach who came up with a system that would allow average players to beat good ones, that would allow a school like Iowa Wesleyan with 450 students to routinely beat schools with 10,000 students and nationally ranked teams. So it is really a book about ideas—the ideas that allowed that to happen. What is amazing is that X’s and O’s and play diagrams have really very little to do with his success, which was all about other things, like attitude and optimism and a way of looking at life. And yes, that is just as radical as it sounds.

“Big will not beat small anymore. It will be the fast beating the slow.” –Rupert Murdoch

The Radical Use of Speed

Mumme’s innovation of speed – his teams played at a rate that had never been seen before – also played a role in the team’s success. Tell us more about that.

On August 31, 1991 Hal unveiled a style of football he called simply “playing fast.” It had been done in the 19th century and early 20th but not in the modern era. What he did was to take the two-minute offense—the stripped-down, simplified, no-huddle, high-speed style of play that achieved perhaps its greatest fame when Johnny Unitas used it to beat the New York Giants in the 1958 NFL championship game—and employed it wire to wire for the entire 60 minutes. “No huddle” offenses had been around since the 1970s. But hurry-up and no-huddle, as it turned out, were different things. This was a radical innovation that eventually swept through the entire sport.

“If everything seems under control, you’re not going fast enough.” –Mario Andretti 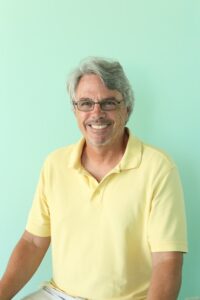 As a coach, Mumme innovated. From your book, it seems that he did this by simplifying everything. What lessons can innovators learn from his system?

As you suggest, Hal was a great simplifier. He spent enormous amounts of time over the years stripping the game down to just a few plays. Almost no coaches were doing this. Complexity was seen as a virtue. Complexity—and size of playbook— was a measure of genius and a badge of honor. At one point Hal had two running plays and six pass plays and a total of two “protections” for his offensive line to learn. So when his team practiced, the players “repped” these few plays over and over again. Other teams, with dozens or hundreds of plays, could do only a few reps of each of them. This meant that Hal’s team could execute its few plays better than your team could execute theirs. Again, this is more about an idea than about play diagrams.

Coach Mumme’s story is inspirational in that it proves what seems impossible is actually within reach. Tell us about the reaction readers have when they read this story. Does it inspire others in the way it did me?

Readers tend to be amazed at how the story escalates. Hal starts experimenting at a high school with a traditionally bad team, then goes to the NAIA-D-3 level at Iowa Wesleyan—with literally the worst team in America—and lights it up. His offense sets national records. Then he takes his offense to the NCAA’s Division 2, at Valdosta State in Georgia, and sets most national passing and scoring records. He is then rewarded with the job at Kentucky—in the SEC—and lights it up there, too. He is told at every step of the way that his offense will not succeed. And he defies those expectations.

Are you READY to reinvent your game? By signing up for FREE to Leadership Insights, you will be on your way![/subscribe] The Perfect Pass: American Genius and the Reinvention of Football