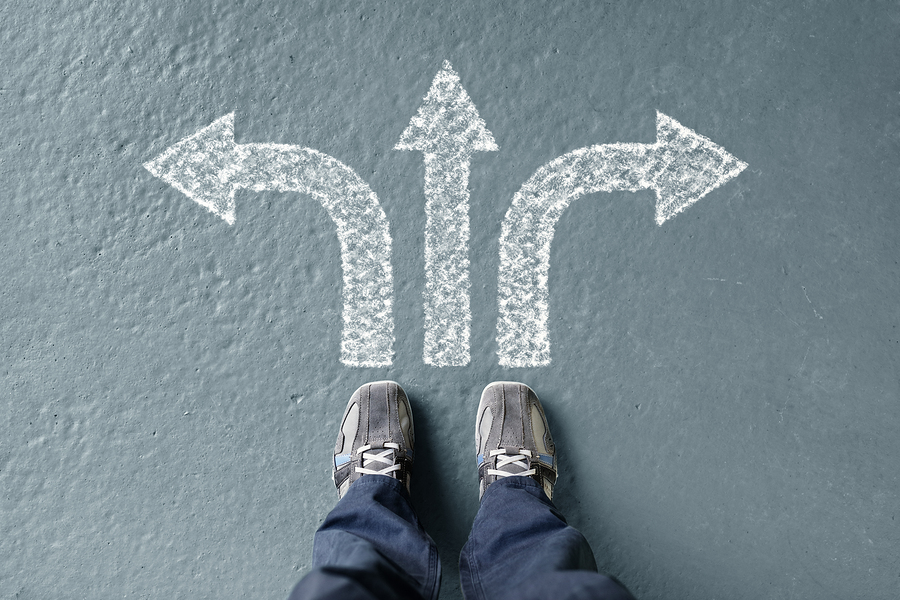 Patrick McDaniel is the founder of WiseInsights.net, which combines practical research and timeless wisdom to help you keep moving forward despite the challenges of life. Want to learn about 49 other decision making distortions? Download the infographic: 50 Hidden Influences That Can Wreck Your Decisions.

Why do you aspire to be a leader?

Let’s be honest. We want to be leaders because we like leading and influencing people and organizations toward better things. We like impacting lives.

But impacting lives can also be risky.

If you are a leader (in any context like work, family, ministries/organizations), one thing that is unavoidable—

Your decisions WILL impact the lives of others. For good…or for bad.

That is a sobering reality.

“It’s not hard to make decisions when you know what your values are.” –Roy Disney.

Making Decisions as a Leader – An Unseen Danger

Here’s where it gets downright scary: There are factors at play in any decision you make that are often hidden and frequently mess up your best intentions.

These factors are like little gremlins that hijack your ability to make an unbiased decision. That can mess up not only your life but also those you lead.

Let me show you how just one of these distortion factors (technically known as “cognitive biases”) can screw up even your best efforts to make sound decisions…and how to combat it.

“We all make choices, but in the end our choices make us.” –Ken Levine

One common decision making influencer is called priming. Just like the proverbial “priming the pump,” we are influenced in certain directions when we are first “primed” by another variable.

Here are some bizarre-but-true examples of the priming effect. You can find these discussed in detail in the brilliant book Thinking Fast and Slow by Nobel prize winner Daniel Kahneman.

“It’s in your moments of decision that your destiny is shaped.” –Tony Robbins

The Surprising Results of One Research Study

In a test performed by Psychology Professor John Bargh, participants were asked to do a word puzzle. One group received random words to work on while the second group got random words that were sprinkled with words associated with the elderly.

The words sprinkled in did NOT contain any explicit words like “old” or “elderly.” Instead, they were things like: Florida, forgetful, bald, gray, wrinkle.

When each group was done, they were asked to go down the hall to participate in a second experiment. In truth, the whole point of the experiment was found in that hallway.

What did the researchers discover?

This is very common with these hidden influencers–you insist you are not influenced by them. This is one reason they are such a problem for us…they pull us off course while we insist that they haven’t.

Were the results of the above experiment a fluke? Read on.

“Not to decide is to decide.” -Harvey Cox

In another experiment with two different groups of study participants, one group was unknowingly primed with rude words and concepts while the other group was primed with politeness-type stimuli. They then recorded how participants in each group interacted with a neutral party on an unrelated topic.

You don’t need me to tell you how this turned out.

This unseen influence can impact your behavior positively or negatively by a magnitude of 3X.

“All you can do is make your decisions based on what you know.” –Malinda Lo

In two different studies with voters in Arizona…

Even more amazing: even though these “primed” voters were a mix of parents and non-parents, the percentage of those in favor of increasing school funding was even higher than in polling of just parents in the general population.

The Craziest Results of All

In another research study, participants were indirectly primed with money related words and concepts. Some of the priming stimuli were incredibly subtle (for example: a computer screen saver in the background of the room with dollar bills floating in water)

Here’s what they discovered: The money primed-participants were more independent and more selfish in their behavior.

For example, the money-primed participants were much less willing to spend time helping another student who pretended to be confused about an experiment.

In another test, the experimenter “accidentally” dropped a bunch of pencils. The money-primed individuals picked up fewer pencils, indicating a lower willingness to help and serve.

After a variety of corroboratory tests, the researchers concluded that the primed participants were “reluctant to be involved with others, to depend on others, or to accept demands (requests) from others.”

Bottom line: Every day we are being silently influenced by stimuli that push and pull us…without our knowledge or consent. We think we are making decisions based on “the facts” …but those facts are being distorted.

How to Combat the Subverting Influences on Your Decision Making

If you are likely being unconsciously influenced all day, every day, what can you do?

How can you counteract these influences so you can make good decisions despite the unseen biases?

If you like what you read, Patrick is offering the infographic for your download. 50 Hidden Influences That Can Wreck Your Decisions