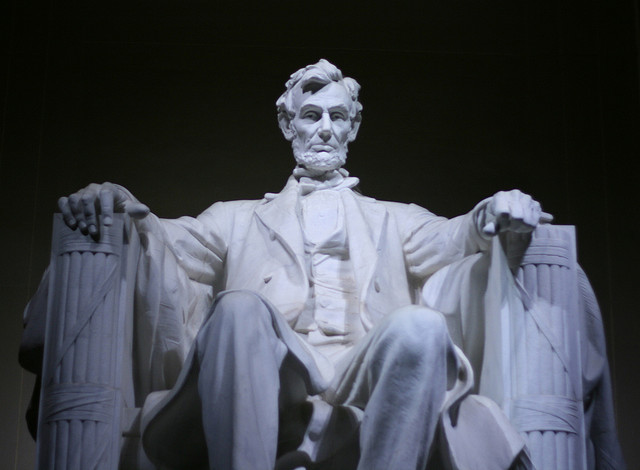 Like many, I have always been fascinated with all things Lincoln.  Studying great historical figures like Lincoln, who endured and persevered through unbelievably tough circumstances, can teach more about leadership and character than almost any modern lesson.

Abraham Lincoln, notoriously quiet about himself, would undoubtedly be amazed at the number of books written about him.  Ford’s Theatre Center for Education and Leadership in Washington DC now has a spiral staircase piled three stories high with over 6,800 books written about his life.  Thousands more books could also be added, and every year many more are published.

With all of the great books already available about Lincoln, it’s easy to wonder whether any more are needed.  My good friend Stephen Mansfield has just written an extraordinary book, proving that it’s still possible to add to our understanding of the 16th president.  Though I’ve likely read over fifty books about Lincoln, I’m a novice on his life.  Stephen’s Lincoln’s Battle With God filled in missing pieces for me, added perspective, and provided more color.

In studying Abraham Lincoln’s life, what characteristics made him such a powerful leader?  Tell me more about his character.

I suggest in Lincoln’s Battle with God that there were three forces that profoundly shaped his leadership but are rarely discussed.

First, his depression. Lincoln battled depression all his life. He neared suicide more than once. He was haunted by the deaths of loved ones. He had to fight through it, had to reach for the meaningful facets of life so he could endure. This inner struggle gave him compassion, wisdom and an outsider’s perspective—all of which fed his leadership gifts.

Second, his gift for self-education. Read his First and Second Inaugural addresses and then remember that he had barely a year of formal schooling his whole life. He read voraciously and read classics. It shaped his mind and his oratory.

Finally, his faith. He battled from his teenage years to the end of his life for a meaningful, genuine faith. He found it. His presidential speeches confirm it, and his decision to issue the Emancipation proclamation, based on a covenant he had made with God, illustrates how defining his faith was for him.

How did his early life shape his faith and his leadership style?

He was turned off from his earliest days to the loud, emotional frontier revivals. He turned instead to biographies of Washington and Jefferson, to the Bible and Shakespeare. He learned leadership on the page and then slowly had opportunity to try out the leadership style in his mind on the floor of the Illinois legislature. His gifts matched his vision, and he proved wonderfully successful.

You can’t look at a picture of Lincoln without feeling the depth of emotion.  He was known to suffer from depression and was placed on a suicide watch a few times in his life.  You include the quote, “I am now the most miserable man living.  If what I feel were equally distributed to the whole human family, there would not be one cheerful face on the earth.”  How did his mental state affect his leadership?

I think that someone who has come up from deep poverty and fought a fierce battle against depression views life as though from the outside. Lincoln was like this and it was painful, but it also made him think for himself, kept him from accepting easy answers for the difficult problems of his age. It gave us a president who was an original thinker, a president who expressed truth in fresh terms and a president who saw the possibilities of compromise and novel solutions to problems that other’s hadn’t seen.

Stephen Mansfield is a New York Times bestselling author of a number of books about the faith of leaders including The Faith of George W Bush, The Faith of the American Soldier, The Faith of Barack Obama and Benedict XVI: His Life and Mission.

The depths of his depression are in sharp contrast to his humor.  Lincoln was always telling humorous stories and making jokes.  We know him by the drawn face and the pensive looks, but you include so many examples where he was also the life of the party.

There is a wonderful quote about humor that I think captures Lincoln. It is that, “Great humor captures the difference between the way things are and the way things ought to be.” In this light, Lincoln’s depression fed his humor because he was ever aware of the huge, yawning gap between actual life and life as it might be. He learned to enjoy exploring the difference with jokes and anecdotes. He became a master of this frontier art, and it served him well in politics.

Lincoln’s faith has been a mystery to many.  The books I’ve read have been conflicted, unclear or strangely silent.  This book answered so many questions about his faith.  At one point in his life, Lincoln becomes a rather outspoken atheist.  I didn’t realize the depth of this until I read your book.  Tell me more about that period.

His period of atheism came from two forces in his life. The first was his aggressive course of reading, which led him to Thomas Pain, Edward Gibbon and Volney. Each was a fiery religious skeptic. Lincoln’s soul was fertile soil for their anti-Christian ideas. Part of why he was so open to this influence was that he thought God had rejected him. His mother was born out of wedlock, and in the thinking of the day Lincoln concluded that he was marked in some way. Friends later recounted that Lincoln never stopped believing in God; he was just mad at God for cursing him. It reminds me of what one scholar said about atheism. He said this is the atheist’s creed:  “There is no God and I hate him!” This was probably Lincoln, more angry and hurt than disbelieving.

You write about the losses Lincoln suffered in his life from his mother to his sons.  How did this shape him?

Lincoln was haunted all his life by the thought of rain falling on graves. He lost his mother in childhood, his sister in his late teens, one son in 1850 and another just after assuming the presidency. He also endured other agonizing deaths during his life, like the death of the first woman he ever loved and the hundreds of thousands who died in the war. He was perpetually in grief. I think it made him compassionate and yet, as he said at Gettysburg, eager to live so that each death—from his mother’s to the last soldier to be killed in battle—would have died for a purpose, or, as he said, “will not have died in vain.” In this sense, death fueled him. He remembered those who died. He also remembered that he would die, and he wanted his life to have counted in the world. This was part of the fuel of his greatness. 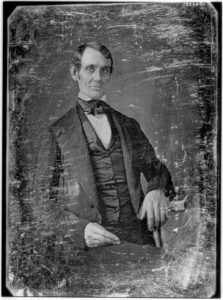 His opposition to slavery, issuing the Emancipation Proclamation and his fight to pass the Thirteenth Amendment all show him as a man committed to his values and to what’s right.  Was it his faith that led him to the conclusion that slavery was wrong, politics, or simply his morals?

I believe it was his faith that framed his understanding of slavery in his presidential years. During the first two years of the Civil War, the Union could hardly buy a victory. It was larger, better manned and better provisioned than the Confederacy, but it didn’t seem to make much difference. Lincoln began to conclude that the war was not in the hands of men, but in the hands of God. He decided that God had visited the war upon the nation in punishment for slavery. So Lincoln made a covenant with God that if the Union was blessed with victories, Lincoln would free what slaves he could.

Within days a great Union victory occurred at Antietam. Lincoln told his cabinet soon after that he would issue the Emancipation Proclamation. In his mind, doing so would start to remove the offense of slavery from the land and thus appease God, perhaps ending the war far sooner. His thinking was similar in his eagerness to pass the Thirteenth Amendment. Deal with slavery, please God, end the war, and restore the blessing of God on the land. This was how Lincoln was thinking in the last years of his presidency, and it was all due to the religious faith that so profoundly shaped him by that time.

You open your book saying that Lincoln’s last words were that he wanted to walk the streets of the Holy City.  That same conversation happens in Spielberg’s terrific new film Lincoln, though the film has it in a carriage ride.  What’s known about that conversation?

That conversation about going to Jerusalem after the war was recounted by Mary Lincoln in an interview in 1882. She said that her husband’s last words in the box at Ford’s Theater were, “We will visit the Holy Land and see those places hallowed by the footsteps of the Savior.” The film not only moves the conversation to the carriage ride earlier in the day but it also changes the words. Lincoln is made to say that he wants to visit the “city of Solomon and David.” Steven Spielberg has never been reticent to explore themes of faith fully, so I don’t know why the change was made. But it is fascinating that on his last day of life, Abraham Lincoln was eager to visit Jerusalem. It says a great deal about his spiritual journey.

In your opinion, would Abraham Lincoln be elected today? 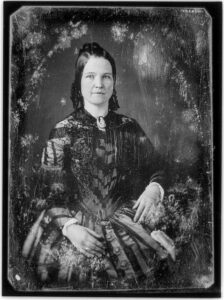 No, I’m sorry to say that Lincoln would not be elected today. He was too unattractive, too blunt, too open about his religious skepticism and too moderate politically. And his wife would not have helped any. She hated the press and gave an impression of emotional imbalance. She also spent far more money than she had. The scandals would never go away.

The Power of Convergence