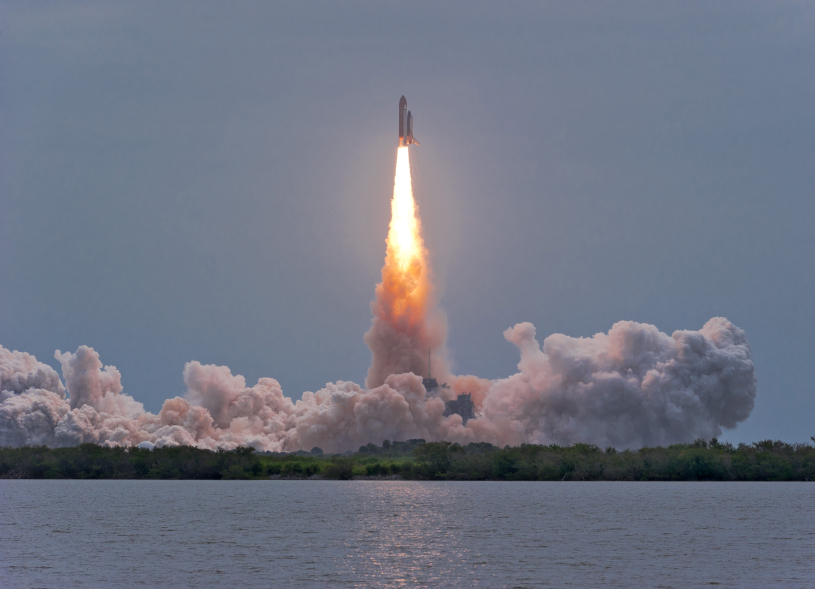 In yesterday’s post, I interviewed Jim Huling about the disciplines of execution.  The concepts in the The 4 Disciplines of Execution were so fascinating, we continued the conversation.

Much of leadership is influencing people to change.  You talk about the five stages of changing human behavior.  Would you explain these and is there one stage more difficult to move through than the others?

Because changing human behavior is such a big job, many leaders face challenges when first installing 4DX.  In fact, we’ve found that most teams go through five distinct stages of behavior change.

Stage 1: Getting Clear – The leader and the team commit to a new level of performance. They are oriented to 4DX and develop crystal-clear WIGs (wildly important goals), lag and lead measures, and a compelling scoreboard. They commit to regular WIG sessions. Although you can naturally expect varying levels of commitment, team members will be more motivated if they are closely involved in the 4DX work session.

Stage 2: Launch – Now the team is at the starting line. Whether you hold a formal kickoff meeting, or gather your team in a brief huddle, you launch the team into action on the WIG. But just as a rocket requires tremendous, highly focused energy to escape the earth’s gravity, the team needs intense involvement from the leader at this point of launch.

Stage 3: Adoption – Team members adopt the 4DX process, and new behaviors drive the achievement of the WIG. You can expect resistance to fade and enthusiasm to increase as 4DX begins to work for them. They become accountable to each other for the new level of performance despite the demands of the whirlwind.

Stage 4: Optimization – At this stage, the team shifts to a 4DX mindset. You can expect them to become more purposeful and more engaged in their work as they produce results that make a difference. They will start looking for ways to optimize their performance—they now know what “playing to win” feels like.

Stage 5: Habits – When 4DX becomes habitual, you can expect not only to reach the goal but also to see a permanent rise in the level of your team’s performance. The ultimate aim of 4DX is not just to get results, but to create a culture of excellent execution.

Although each of the 5 Stages requires focused, disciplined effort, Stage 2, the actual Launch of 4DX is often the hardest because it requires the team to implement the new behaviors in the midst of a challenging whirlwind. 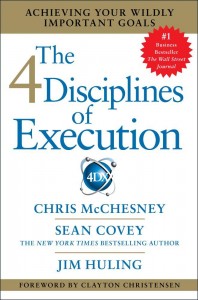 Accountability.  You have a team approach to it.  How did you develop it?  Would you share an example of where a team did this well?

We experimented for years with different formats for the WIG session. Today, it’s a sleek and highly developed concept used by hundreds of organizations to advance their most important priorities.

Discipline 4 is where execution really happens. The first three disciplines set up the game, but until you apply Discipline 4, your team isn’t in the game.  It is based on the principle of accountability: that unless we consistently hold each other accountable, the goal naturally disintegrates in the whirlwind.

The cadence of accountability is a rhythm of regular and frequent meetings of any team that owns a wildly important goal.  These meetings happen at least weekly and ideally last no more than twenty to thirty minutes. In that brief time, team members hold each other accountable for producing results, despite the whirlwind.

The magic is in the cadence.  Team members must be able to hold each other accountable regularly and rhythmically.  Each week, one by one, team members answer a simple question: “What are the one or two most important things I can do in the next week (outside the whirlwind) that will have the biggest impact on the scoreboard?”  Then members report on whether they met the previous week’s commitments, how well they are moving the lead and lag measures on the scoreboard, and their commitments for the coming week, all in only a few minutes.

The secret to Discipline 4, in addition to the repeated cadence, is that team members create their own commitments.  It’s common to find teams where the members expect, even want, simply to be told what to do.  However, because they make their own commitments, their ownership of them increases. Team members will always be more committed to their own ideas than they will to orders from above.  Even more importantly, making commitments to their team members, rather than solely to the boss, shifts the emphasis from professional to personal.  Simply put, the commitments go beyond their job performance to become promises to the team.

Commitments go beyond job performance to become promises to the team.

Once the four disciplines are established, how does a company keep them going and avoid it being just another management fad?

4DX is habit forming: Once the new behaviors become ingrained in the day-to-day operation, you can set new goals and still execute with excellence again and again.

Here are keys to help the team make 4DX habitual:

•       Celebrate the accomplishment of the WIG.

•       Move immediately on to new WIGs in order to formalize 4DX as your operating system.

•       Emphasize that your new operating standard is sustained superior performance on lead measures.

In our experience—whether with hospitals, grocery chains, engineering firms, hotels, software companies, power plants, government contractors, or multiunit retail operations—the outcome is almost always the same: a new culture of high performance along with consistent results.  But getting there isn’t easy and doesn’t happen overnight.  It takes focus and discipline over time to implement 4DX and to make it stick.

How do you handle someone on the team who is just not willing to buy into the disciplines and may even relish the “resister” title?

People generally can be grouped into one of three categories in terms of how they deal with change:

In all three categories, 4DX drives an increase, not only in results, but in engagement, as well.  In each of our early implementations, the increase in engagement that we observed as teams began to feel they were winning was not a subtle thing.  It was palpable.  In fact, we would have to have been blind to miss it.

Our implementations usually involved several days of intensive work with leaders and teams, and these teams included their share of naysayers and resisters.  To our surprise, we would return two months later and find that these initial resisters, along with everyone else on the team, were excited to show us what they were accomplishing.

Many believe that engagement drives results, and so do we.  However, we know now, and have witnessed consistently over the years, that results drive engagement.  This is particularly true when the team can see the direct impact their actions have on the results.

In our experience, nothing affects morale and engagement more powerfully than when a person feels he or she is winning. In many cases, winning is a more powerful driver of engagement than money, benefits packages, working conditions, whether you have a best friend at work, or even whether you like your boss, all of which are typical measures of engagement.  People will work for money and they will quit over money, but many teams are filled with people who are both well paid and miserable in their jobs.

The 4 Disciplines of Execution