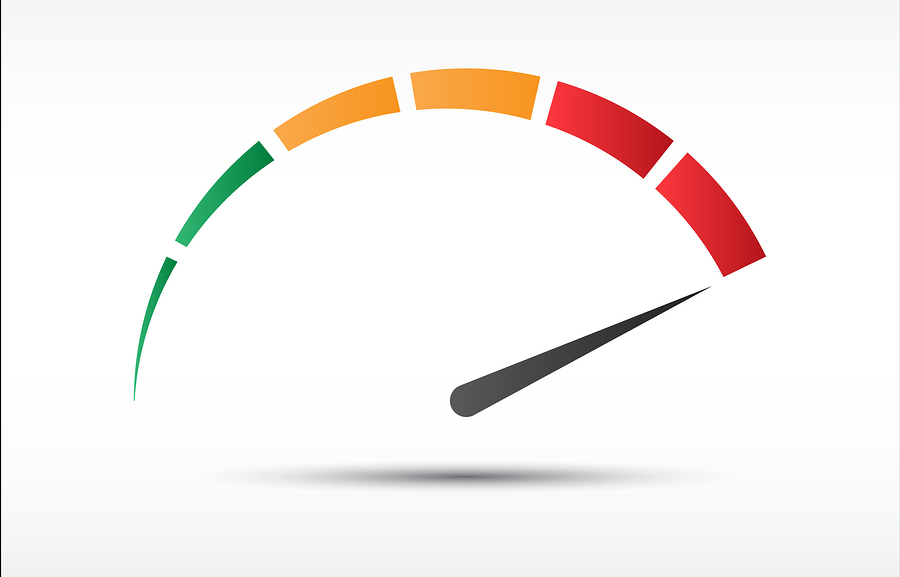 How to Hire Right Now

Most of us know that success in business depends on people. From an entrepreneur-led startup to a large organization, we don’t go very far without relying on individuals and teams. Some go so far as to say that the only real competitive differentiation organizations have is people.

But hiring the right talent isn’t easy. We’re often worried we may pick the wrong person.

A hiring mistake can cost up to 5x the bad hire’s annual salary. -SHRM

As the CEO of a large company, I’m often pushing managers to fill open positions. To me, an opening that drags on too long causes all kinds of other problems. Customer needs not met, employees doing multiple jobs for too long, and milestones delayed.

Scott Wintrip takes on the topic of hiring talent in his new book, High Velocity Hiring: How to Hire Top Talent in an Instant. Through his global consultancy, Wintrip Consulting Group, Scott has worked with companies around the world to hire top talent in less than an hour. I recently talked with him about his research and his new book.

Why is it taking longer and longer to fill jobs?

Two factors have caused the time it takes to fill a job to reach all-time highs: the skills shortage and an inefficient hiring process.

There’s a persistent talent shortage that’s pervasive across all industries. For example, when you look at middle-skill roles (jobs that require education beyond high-school and below the level of a four-year degree), there’s a gap between the number of jobs and the number of people to fill them. According to the National Skills Coalition, middle-skill roles account for 53 percent of jobs in the United States. However, only 43 percent of U.S. worker have current skills at the middle-skill level.

Qualified people also have more employment choices than ever, including the option of doing their own thing by joining the “gig economy” as freelancers. Because of this, an increasing number of people are leaving the traditional workforce. When you combine this with increased globalization, borders will matter less, creating a talent competition unlike anything we’ve seen before.

The old way of hiring—keeping a job open until the right person shows up—doesn’t work when there’s a people shortage. A reactive process keeps a job open for weeks or months. To have the people they need, organizations must permanently change their hiring strategy by engaging in the new way of hiring: actively cultivating top talent and then waiting for the right job to open.

“Dating and hiring have a lot in common.” -Scott Wintrip

What are a few of the common hiring errors companies are making?

First, companies are tapping into a candidate pool that’s too small. More than a third of employers will tell you they’re not getting enough applicants or they’re getting no applicants at all. Yet, only 10 percent of these employers leverage untapped talent pools. Faster hiring requires mass: You must build a critical mass of candidates to select from. Building mass requires tapping into overlooked pools of people. 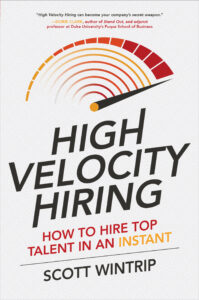 Second, organizations are employing interview methods that are inaccurate and slow. Talking about doing work, a common focus in most interviews, is a poor barometer for who will succeed or fail in a given role. Newer interview methods, such as behavioral interviewing, have only made the process longer. Hundreds of books and articles have been written on how to beat behavioral interviews. These books and articles demonstrate simple methods for telling interviewers exactly what they want to hear. Interviews cannot be a conceptual exercise. They must allow you to see proof then-and-there that a candidate can do the job and do it well.

Third, leaders are often failing to build and maintain a prospective employee pipeline. When a position opens suddenly, the amount of activity it generates can feel overwhelming. Without an active talent pipeline, a frantic dance ensues. Managers have to handle extra work as the company tries to find suitable candidates. Days later, schedules have to be coordinated for phone screenings and interviews. Work piles up, good candidates take other jobs, and nerves fray. Maintaining a pipeline of prospective employees eliminates the dance. When jobs open, there’s no rush, panic, or chaos. Instead, you can hire from your overflowing pipeline.

You say conventional interviews don’t work. Why not? What do you recommend?

Conventional interviews only give the smallest glimpse of the candidate—and an inaccurate one at that. During conventional interviews, job candidates are always on their best behavior. They say what you want to hear and only share the best parts of their backgrounds. Does this mean that everyone being interviewed engages in deceit? Absolutely not. It’s natural that people disclose only those aspects that will land them the job. The problem is that this very human behavior interferes with good fit. That’s a key reason why so many hires fail: In essence, the person hired is not the same one who was interviewed.

Leaders across the globe are turning to experiential interviews—the kind where candidates do sample work to demonstrate their skills—to fill positions in their companies. During experiential interviews, you get to see candidates in action rather than speaking conceptually about the job. For example, computer programmers can be given specs to write computer code, accounting candidates can analyze financials, and marketing staffers can design a promotional campaign.

Regardless of industry, embracing experiential interviews can help you find better talent—and find it faster. When you get to witness candidates doing the job firsthand, you can automatically assess their skills and instantly have a complete image of the people you’ve just met. This way, there are no surprises or disappointments.

What is TAP and how is it best used?

Filling jobs quickly and accurately requires a better hiring strategy. That strategy must enrich the flow of top talent, harness that flow using accurate employee selection methods, and sustain a pipeline of prospective employees, allowing you to fill jobs the moment they become open.

TAP works in organizations of all sizes, allowing them to fill one, several, or all of their jobs in an instant.

I’m a passionate believer in equity, diversity and inclusion. I’d love for you to share your take. What would you say are the best practices of those organizations doing it right?

I too am passionate about equity, diversity, and inclusion. I’ve seen firsthand the impacts of bias. One instance happened right at home. My father spent 30 years working in a public housing agency. His first job was as a janitor. Because of his work ethic, he rose up the ranks, eventually reaching a management role. Employees who reported to him loved him as a boss. He had the respect of many leaders in the organization. However, race kept him from being promoted any further. Senior leaders told my dad that they’d never offer a higher leadership position to a man of his color—and that he’d best “toe the line” if he wanted to keep his job.

Being the ever-dedicated employee, my father took this hard, including several trips to the ER with symptoms of a heart attack. Fortunately, these were only panic attacks. But no one should ever have their health and their life impacted in such a demeaning way.

Organizations that are doing inclusion right “bake it” into their hiring process. They commit to durable diversity. Durable diversity creates a dependable workforce of complementary people. Organizations that are durably diverse look at the whole person when hiring and promoting team members. Their leaders recognize that each individual is more than a title, skillset, or member of an ethnic group. They’re not colorblind or gender neutral. Just the opposite. They’re hyperaware that maintaining a diverse and dependable workforce requires being able to select from a robust flow of different types of people.

Companies with the most diverse workforces are more likely to generate better results.

How does an organization keep up the velocity without sacrificing diversity? Many would say that speed can cause a problem (i.e. overreliance on one’s personal network)?

Speed and inclusion aren’t mutually exclusive when you have the right hiring process. The process must account for common issues, such as the one you mentioned about overreliance on your personal network. The second step of TAP helps leaders draw in talent beyond their networks by improving candidate gravity.

Candidate gravity is the “pull” an organization has on talent. This pull may be weak, drawing in an insufficient supply of candidates; inconsistent, coming in ebbs and flows; or strong, generating a consistent stream of people interested in working for the business. Organizations with strong candidate gravity always draw a stronger flow of diverse top talent their way, leaving second- and third-tier candidates for everyone else.

Only 10 percent of organizations across the globe maintain strong candidate gravity. They’re able to do this because they maximize all eight of the talent streams that generate candidate gravity; the other 90 percent do not. If leaders want their companies to have stronger candidate gravity, they must first identify where their pull on talent is weak and improve those areas of weakness.

How to Stand Out as a Candidate

Flip this around for a candidate who wants to be hired with high velocity. What makes a candidate stand out so much that the employer wants to hire that person instantly?

Seeing is believing. When a candidate shows you she can do a job, and do it well, it’s natural to want to get her on board quickly. That’s why I’m an advocate for hands-on interviews that allow you to see someone in action. The candidate gets to show off her abilities; the employer gets to see her in the job role. Experiencing someone doing quality work is an infallible indicator of future success.

The Talent Accelerator Process fuels fast hiring. Hiring blueprints define who’s a good fit. Increasing the flow of talent gives you more people to choose from before jobs become open. Then experiential interviews let you see proof of whether or not someone can do the job. The moment you find a talented person who fits the role, you hire her immediately if you have an open position. When there are no open jobs, she becomes part of your pool of ready-to-hire people.

For more information, High Velocity Hiring: How to Hire Top Talent in an Instant.