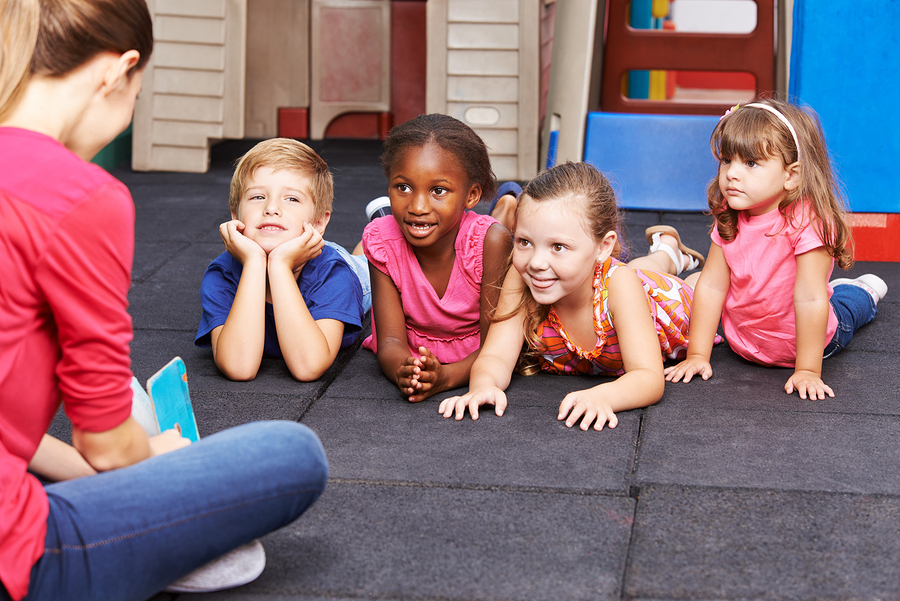 The Power of Story

All of us love a good story. We are swept into the latest book or blockbuster film or we are enthralled by a particularly talented storyteller in our office. Those who tell a story well have our attention.

Leaders should strive to be good storytellers, painting a vivid scene and picture of what’s ahead. That’s the art of persuasion and influence. It’s also the skill of most sales leaders, who use narratives to explain a difficult concept. We are creatures who love a good story.

“At the end of the day, people follow those who know where they’re going.” -Jack Trout

I know that I may review spreadsheets and be dizzied with statistics, but one emotionally connecting story can have more immediate impact.

Former Procter & Gamble executive Paul Smith is now a speaker and trainer on storytelling techniques. His latest book, Sell with a Story: How to Capture Attention, Build Trust, and Close the Sale, attracted my attention. Because I’m a big believer in the power of story, I wanted to connect with him to talk about his work.

“There is no greater agony than bearing an untold story inside you.” –Maya Angelou

You witnessed, first-hand, the power of a sales story when you purchased some art. Would you briefly share that with us? 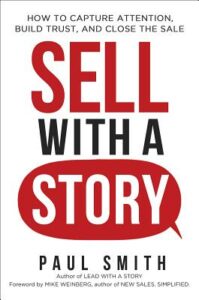 Sure. Last summer my wife, Lisa, and I were at an art show in Cincinnati. She was on a mission to find a piece for our boys’ bathroom wall at home.

At one point we found ourselves at the booth of an underwater photographer named Chris Gug. Looking through his work, Lisa got attached to a picture that, to me, looked about as out of place as a pig in the ocean. It was a picture of a pig in the ocean! Literally. A cute little baby piglet, up to its nostrils in salt water, snout covered with sand, dog-paddling its way straight into the camera lens.

When I got my chance, I asked the seller (named Gug) what on Earth that pig was doing in the ocean. And that’s when the magic started.

He said, “Yeah, it was the craziest thing. That picture was taken in the Caribbean, just off the beach of an uninhabited Bahamian island named Big Major Cay.” He told us that years ago, a local entrepreneur brought a drove of pigs to the island to raise for bacon.

Then he said, “But, as you can see in the picture, there’s not much more than cactus on the island for them to eat. And pigs don’t much like cactus. So the pigs weren’t doing very well. But at some point, a restaurant owner on a nearby island started bringing his kitchen refuse by boat over to Big Major Cay and dumping it a few dozen yards off shore. The hungry pigs eventually learned to swim to get to the food. Each generation of pigs followed suit, and now all the pigs on the island can swim. As a result, today the island is more commonly known as Pig Island.”

Gug went on to describe how the pigs learned that approaching boats meant food, so they eagerly swim up to anyone arriving by boat. And that’s what allowed him to more easily get the close-up shot of the dog-paddling piglet. He probably didn’t even have to get out of his boat.

I handed him my credit card and said, “We’ll take it!”

Why my change of heart? The moment before he shared his story (to me at least), the photo was just a picture of a pig in the ocean, worth little more than the paper it was printed on. But two minutes later, it was no longer just a picture. It was a story—a story I would be reminded of every time I looked at it. The story turned the picture into a conversation piece—a unique combination of geography lesson, history lesson, and animal psychology lesson all in one.

In the two minutes it took Gug to tell us that story, the value of that picture increased immensely. It’s the kind of story that I now refer to as a “value-adding” story because it literally makes what you’re selling more valuable to the buyer.

“Everyone is necessarily the hero of his own life story.” –John Barth

Why is story telling so important?

I could probably give you dozens of reasons, but here are my favorite 5.

Many people may think, “Oh sure, a sales person should be a good story teller.” But you turn that around and say it’s more important to have a buyer tell their story. I love that. Tell us more about that.

I figure if you don’t hear their stories first, how will you know which of your stories to tell?

A colleague of ours, Mike Weinberg, says it this way: “You wouldn’t trust a physician who walked into the examining room, spent an hour telling you how great he was, and then wrote a prescription, would you?” Of course not. Then why would a buyer accept the recommendation of a salesperson who did the same thing?

How to Get Others to Tell Their Stories

How do you get buyers to open up and tell stories?

The Role of Emotion in Storytelling

What’s the role of emotion? Is there a danger of it being overdone?

As mentioned above, emotion plays a critical role in decision-making. And if that wasn’t already obvious, consider this – we have a name for people who don’t seem to use emotions when making decisions. We call them psychopaths.

So, when used properly, emotion plays a very positive and healthy role in decision-making. But yes, there are dangers you need to be aware of. First, some cultures have a lower “intimacy threshold” than others. In Latin America, it’s acceptable, and often expected, that a sales person would share many stories as part of the rapport building before “getting down to business.” And those stories might be very personal in nature. In North America, less time is spent on those stories, and they might be less intimate. In Germany, less intimate still, or they might skip that part entirely. So, culture matters.

Second, make sure the emotions your story stirs don’t end up distracting the buyer from more important decision criteria. If they do, you’ve unfairly emotionally manipulated your buyer. For example, it’s fair game to tell a story to help the buyer understand the emotional satisfaction they’ll feel knowing your emergency order system includes a fully-stocked warehouse 3 miles from you. But making them feel guilty because if you don’t close this sale, you won’t be able to send your kids to a good school next semester — that’s manipulative. The reason is that your financial situation shouldn’t be part of their decision-making process.

How do stories help build trust? 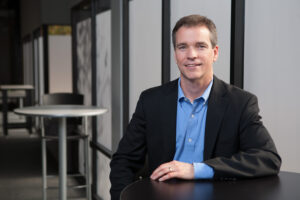 Telling a story can move you from the 30 percent to the 70 percent because it provides a personal, intimate, and perhaps vulnerable glimpse into your world. Reading the facts on your resume doesn’t really let someone get to know you, and spending enough time together could take months or years. A story is the shortest distance between being a stranger and being a friend.

“A story is the shortest distance between being a stranger and being a friend.” -Paul Smith

What about embellishment? What’s the test for whether you’re uncertain about telling it?

Stories naturally change every time you tell them. You forget little details and your brain fills in the gaps with new ones. Eventually you can’t honestly remember which is which. That’s expected, and it’s fine. What you don’t want to do is change major parts of the story and mislead your audience. Generally speaking, changing dates, locations, dialogue, or names to protect the innocent is fine. Changing the outcome of the story or lesson learned is not.

Here’s my simple test: Imagine you just discovered that someone who listened to a story you told was actually there when the story originally happened. Then ask yourself these two questions: (1) Would they be offended? (2) Would you be embarrassed? If you answer yes to either of those questions, you’ve probably changed too much. If not, you’re fine.

You also wrote Lead With A Story. Do you have your own story of someone who now leads differently because of it? 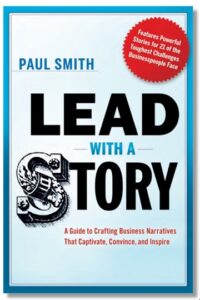 Yeah, that’s one of the best parts about being an author and trainer. You get emails from all over the world from people telling you what a difference your book or class made to them. My favorite was a guy who insisted on driving to Ohio to meet me in person.

When he arrived, he told me that one of the stories in my first book (Lead With A Story) gave him an idea to start a business. The product was an app that would conduct very sophisticated data analysis based purely on verbal commands. He showed me how it worked (and it was amazing!). Then he said in every sales call he makes, he tells the prospect the story from my book that gave him the idea. He said he’d had five sales calls and had five confirmed customers.

I wrote it as a leadership story. But, for him, it turned out to be a great sales story. I’m good with that.

Sell with a Story: How to Capture Attention, Build Trust, and Close the Sale Lead With A Story