How the Best Companies Stay Relevant 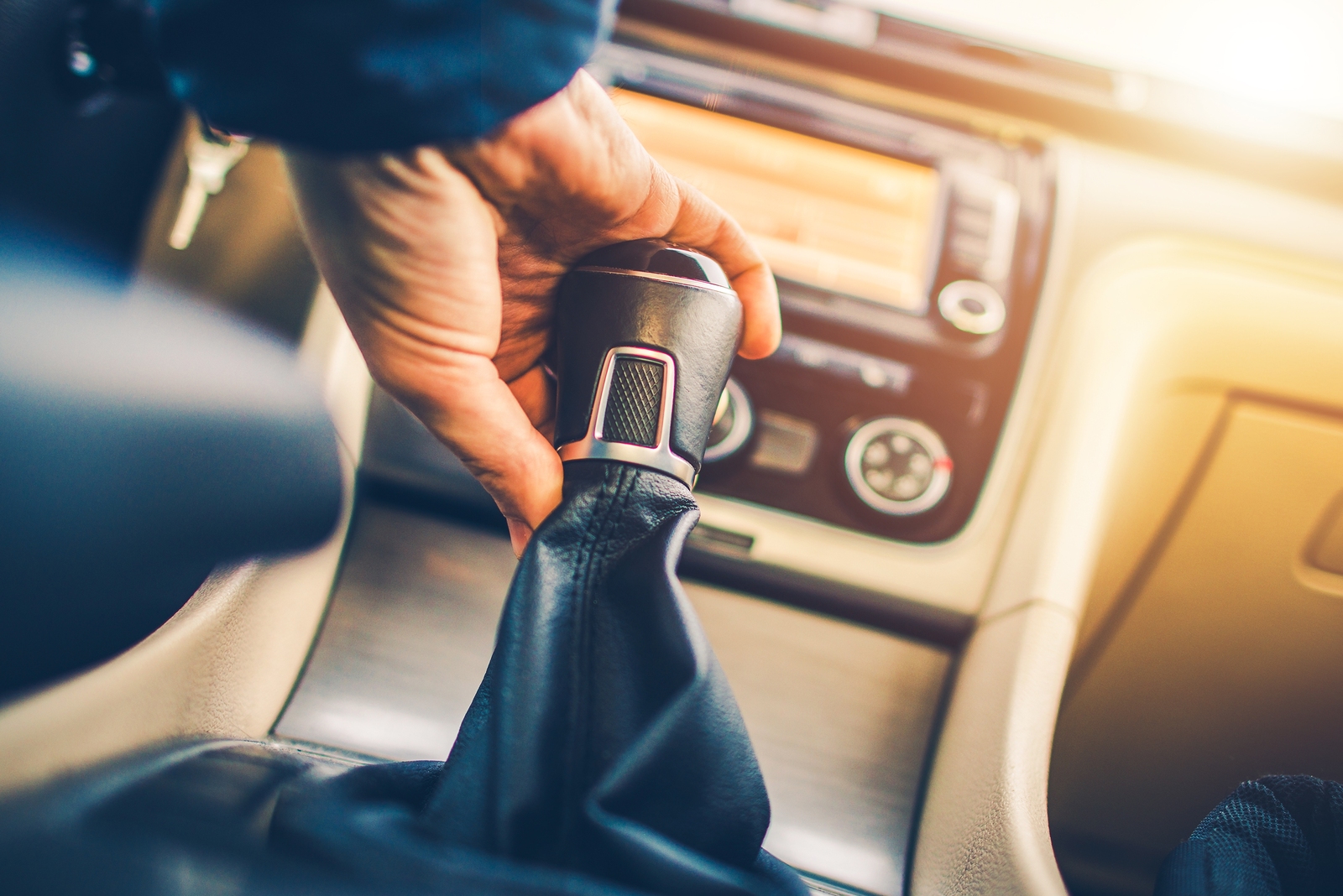 How to Stay Relevant

The number one reason for organizational success or failure is the ability to stay relevant. Staying ahead of the continual marketplace changes may seem an impossible task. How do you continually evolve at a pace that keeps you ahead of the curve?

In SHIFT AHEAD: How the Best Companies Stay Relevant in a Fast-Changing World, authors Allen Adamson and Joel Steckel explore why some organizations can continually evolve to meet the times and the marketplace, and why others struggle to keep up. Allen is co-founder and managing partner of Metaforce and brings over thirty years of experience in building iconic brands. Joel is an expert on marketing research and branding. He is currently Vice Dean for Doctoral Education at NYU’s Stern School of Business.

I spoke with Allen about the book and their research.

“Focusing too much on the competition can lead to inappropriate shifts. It’s the customer that really counts.” -Adamson and Steckel

The Case of Blackberry

You share many examples and case studies about companies that just plain missed some key changes. Some ended up obsolete and others struggled for years. Would you share an example and what went wrong?

One of my favorite examples of “what went wrong” is the story of the rise and fall of Blackberry. For those who may not remember, Blackberry was once the indispensable mobile communication device of choice for heads of corporations, heads of state, and the Hollywood elite. It was an easy, secure and effective device that allowed workers to send and receive emails and phone calls while away from the office. The functionality of its tactile keyboard made typing easy, and it built its initial reputation on the concept of security. This was all before Apple and Android smartphones had taken hold.

The quick answer about why it fell so precipitously is that Blackberry’s inability to shift and move forward was caused by its own sense of invincibility, inward group-think, and general arrogance. With the rise of in popularity of iPhones and Androids, those at the helm saw only what they wanted to see. They considered these new devices not as significant competition, but as toys, a passing trend. They arrogantly laughed off the threat that was materializing in front of them instead of figuring out how to defend against it.  As we all know, not only were these smartphones built for ease of communication on multiple platforms, they were beautiful to look at. They became just too much to resist for even the most security-centric audience of users.

Too-little-too-late is what Blackberry eventually did in response, which was exactly what it shouldn’t have done. It began to chase the market with subpar versions of the competitors’ brilliant models, wrongly assuming that its core customers would follow with them. That did not happen. The producers of Blackberry should have doubled down on what made the product so vital to its initial loyal audience. It should have kept its focus on its point of relevant differentiation in the marketplace – security – and capitalized on it. No brand, product, or organization is invincible, especially when it dismisses the needs of its most loyal audience.

What does it mean to Shift Ahead?

To shift ahead means to look at your business and ask whether it will be relevant tomorrow. Will it be relevant the day after tomorrow? How do we ensure our business does not become the equivalent of “your father’s Oldsmobile?” What is it we need to do to ensure that we continue to matter to consumers and provide them an offering that is different in a way that they find valuable? How do we keep our product or service current in the face of an accelerating pace of change so as not to become obsolete before it’s too late to act?

“The preeminent skill required to shift ahead in the twenty-first century is the ability to see and seize.” -Adamson and Steckel

What are some of the ways that leaders can see the early warning signs that it’s time to shift? 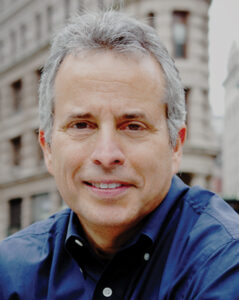 Among the most important ways can be summed up in a quote about Bill Marriott, son of the founder of the Marriott organization, J. W. Marriott. “His feet never touched the ground,” a Marriott executive we interviewed for the book told us. In other words, as a leader, he did not sit at his desk and review numbers and reports from the field. He was actively out in the field, day in and day out. He was at the properties talking to guests and, equally critical, talking to employees—from those at the front desk, to chefs and waiters, to the folks who serviced the rooms. He visited properties around the world, listening and learning first-hand what was – or wasn’t – working. Another of the ways a leader can tap into early signs that it’s time for a shift is also part of the Marriott culture. All employees are given not just permission, but encouragement, to call out and act on what they see as opportunities for change. There are as many pairs of eyes surveying and ears listening for what will enhance the guest experience as there are Marriott associates.

“No matter how successful your business is, remember, it’s always day one.” -Jeff Bezos

Open and inclusive communication. A leader should not only be able to decide in which direction to take an organization, he or she must be able to get everyone on board with the decision. Everyone involved has to be able to understand why the journey is happening and the importance of their role in the journey. One of the examples we use in the book to bring this to life is John Sexton’s leadership of New York University as president from 2002 to 2015 during which he led the institution through a major period of growth. He described his personal unique talent as “storytelling.” He was able to communicate in a clear and accessible way where the university needed to go, and why. To succeed, a leader has to articulate an organization’s purpose and substantiate to its constituents that this purpose is worthwhile.

What traits have you seen in leaders of organizations that are successful in navigating change?

As I said earlier, among the key traits required to lead a successful shift is knowing the importance of getting out from behind your desk. Walking in your customers’ shoes, engaging with them. When your desk is the one that’s “farthest from the customer,” it does not bode well for being able to navigate a change. Another key trait is not just vision, but peripheral vision. You have to be able to see what’s going on all around you, be responsive to several things at once and assess where you might be disintermediated. For example, in talking to executives at Hertz, they shared that the company’s biggest challenge was not just other rental car companies, but Uber and Lyft, and any technological disruptions that would make their offering obsolete. They expanded their outlook, framing their company’s purpose as “mobility-on-demand.”

“Consumers don’t live in a vacuum. As marketing professionals, you can’t operate in one.” -Adamson and Steckel

As the CEO of OCLC, the largest library cooperative, I appreciate your example of Greenwich Public Library and its shift. Would you please share a little about that story? 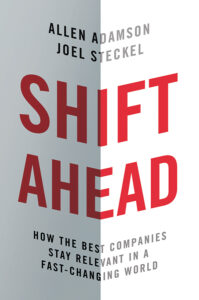 How does a library shift ahead in the age of digital information? What purpose should it serve? Given the incredible transformations in technology and the behaviors these transformations have produced, the characterization of a library as a “resource” has shifted dramatically relative to the evolution of books alone. Today, as many people come to libraries for free access to computers and the Internet as they do to borrow a book. This said, the most critical point in the story about the Greenwich Public Library was the recognition that, before it started to make any changes, it wanted to be crystal clear on the purpose it would serve to the community. The purpose it landed on was “connecting the community”: making the library a community hub for learning and interaction. The leadership team began the effort by identifying the library’s strengths, recognizing that the ultimate measure of success would be whether they positioned the organization to better meet the continually changing needs of the Greenwich community, both present and in the future. They knew how critical it was to plan for the future and keep pace with technological and cultural trends in order to maintain relevancy to the populations they served. Based on their research on the evolution of how people use libraries, the leadership team started with a strategic planning process and identified five key areas for change: collections, technology, lifelong learning and enrichment, service and community space, and community connections.

For more information, see SHIFT AHEAD: How the Best Companies Stay Relevant in a Fast-Changing World.

Build a Powerful Culture of Freedom and Responsibility

Thank You for Your Support, Kind Words, and Impact