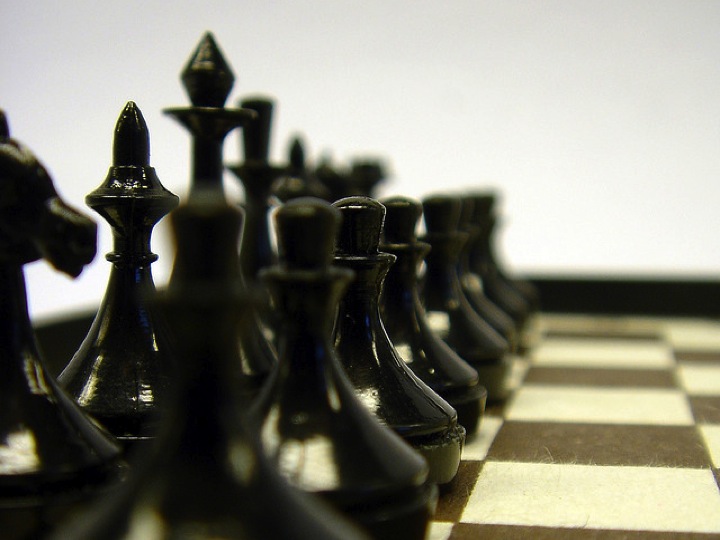 Cynthia Montgomery’s new book, The Strategist, will challenge you to rethink your approach to business strategy.  For over twenty years Professor Montgomery has taught at Harvard Business School.  For six of those years she led the strategy track at Harvard Business School’s executive program for owner-managers, personally helping business leaders around the world with strategy formation.  Her experience is that rare blend of the academic with the practical, and her new book offers business leaders the benefit of her extensive experience. 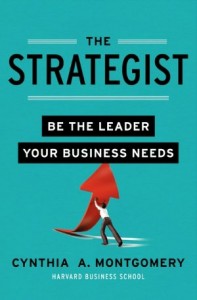 Every year, I read numerous business books and can say that this is one that won’t be relegated to a shelf.  It’s a blueprint, a guide to leading your company with greater success.  Nothing is spared, and you will question not only your company strategy but also your personal leadership of the strategic process.  See if you can answer with clarity the following questions:

Are you a strategist?

Why does your company matter?

Are you the leader your business needs?

Is your strategy filled with generic statements and empty clichés?

Do you know where your company is going and why?

After reading the book, I was personally challenged to rethink strategy.  I recently had the opportunity to ask Cynthia about her work and her vast experience in strategy formulation and leadership.

You’ve taught at Harvard Business School for twenty years and have led the strategy track for the owner-managers executive program for the last six.  That put you in the enviable position where you could blend academic rigor and theory with the immediate real-world business problems from hundreds of executives.  Somewhere in that timeframe, you began to realize that business leaders needed to rethink the strategic process.  Tell me more about the evolution of your thinking and your approach to strategy.

Historically, in most business schools, strategy was part of the general management curriculum.  It was embedded in the “Capstone course” of an MBA program, where students, after taking courses in all the functional areas of business –marketing, finance, production, etc.— got to think like the president of an organization and see the entity as  a whole.   In that context, strategy was seen as a distinctive part of leadership, a blend of thinking and action, a continual, abiding responsibility.

In the early 1980s, Michael Porter, who has a PhD in economics, leveraged seminal insights from that field to help managers analyze their industries and evaluate their competition.  These insights proved to be so powerful that they fueled the separation of strategy and general management, and strategy emerged as a field in its own right.  One could almost say that a science grew up around strategy.  Consulting firms specializing in strategy emerged, and thousands of MBAs, armed with tools and frameworks, were at the ready to help companies analyze their industries and position their businesses for competitive advantage.

My doctoral work and subsequent research looking at the performance of multi-business firms was part of this wave, and my teaching — in the MBA program and with executives — very much reflected this worldview.

Six years ago I was asked to take responsibility for the strategy track in Harvard’s flagship program for owner-managed companies.  Initially, I approached the assignment much as I would any strategy course.  It wasn’t long, though, before I realized that something was profoundly different in this group:  These weren’t people who were going to become consultants; these weren’t people from the middle layers of very large companies; these were people who were the leaders of their firms.  If strategy was going to happen in those businesses, they were the ones who had to do it.

It took me back to the early days of general management, where strategy was not just an analytical exercise, but a vital part of leadership, and embracing the role of strategist-in-chief, the architect of organizational purpose, was among a leader’s most important responsibilities.  It was a sea change.  The experience helped me see how much a leader’s unique role in strategy had been eclipsed, how much the human aspect had been written out of the process.   I changed my curriculum and began to focus on a leader’s role in strategy:  what leaders owe their companies, why it’s essential that they’re strategists, and what it takes to do the job well.

You start Chapter One of The Strategist with a question, “Does your company matter?”  You say it’s the most important question for every business leader.  That seems to be a good way to start so explain your philosophy because it’s a very different approach.

When you ask managers to describe their companies, most tell you what industry they’re in, maybe what geographies.  If you press them more, they might tell you something about their market share, maybe even their profitability.  These are terms managers identify with, language they feel comfortable using. But if you ask them,  “Why does your company matter?” they pause.  They’re not used to thinking about their companies in this way.

When I ask this question, I am asking not only about a firm’s social purpose –what it might bring to a community—but about its economic purpose.  Why the world needs this business and why it will support it, why enough customers will be willing to pay sufficiently high prices to buy its good and services.  In a nutshell, it tells you what a company brings to the world, and what would be lost if it weren’t here.   Having a compelling answer to that question is the most important thing a leader owes a business. 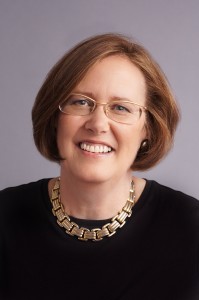 How many executives starting your strategy class have a fully formulated strategy that would serve as an example?

Some managers walk in the door with terrific strategies that they’re executing well, but most, I’d say, have impressions of what their strategies are, and they’re following them loosely.  The opportunity is to get everyone to raise their level of play, to understand why strategy is so vitally important to the success of a company, the hallmarks of outstanding strategies, and what it takes to lead the process well.

Why is forming a strategy so difficult?

Forming strategy is so difficult because it involves so many moving parts that have to be brought into alignment and focused on a viable, compelling opportunity –and those aren’t easy to spot.

Professor Cynthia Montgomery is the Timken Professor of Business Administration and former head of the Strategy Unit at Harvard Business School.  Her work on strategy and economics has appeared in numerous top publications.

You talk about confidence and overconfidence, exposing the “myth of the super-manager.”  Would you explain that and its danger?

Most managers have a bias for action:  They see an opportunity and they want to pursue it; they focus on what they can control, not what they can’t.   This optimism and energy often serves them well; but, in the face of tough obstacles, it can quickly balloon into overconfidence.  This is readily seen in unattractive industries that hordes of firms have entered and left.  In such environments it is often deeply entrenched industry forces that thwart the efforts of firm after firm.  Downplaying or ignoring the power of industry forces is foolhardy.  The only way to defy their gravity is to understand them well, and proceed only if you have a viable means to trump them.

You talk about the importance of beginning with purpose.  You give four guides to formulating a purpose:

4.       A good purpose sets the stage for value creation and capture.

Why is corporate purpose so important and can you give us an example of a company that either has it right or one that didn’t and lost its way?

From its early days in the very tough business of furniture retailing, IKEA set itself apart by its distinctive purpose:  “We have chosen to side with the many, not the few.  Our concept is to offer customers an extensive range of practical, well-designed furnishings at low prices.”  This clarity of purpose enabled them to build a finely tuned organization that was specifically designed to deliver on that promise.  It’s given them an edge that no other player has been able to match, and made its founder, Ingvar Kamprad, one of the wealthiest men in the world.

I appreciated your “strategy wheel” and the visual way it highlighted your process.  Tell us more about how you developed it and how it is used.

The strategy wheel is a classic way of presenting strategy that goes back to the days of general management.   In the center of the wheel is a company’s purpose (the distinctive value it brings to the world).  Emanating outward from that are the spokes of the wheel — the resources and activities that support that purpose.  As a whole, it’s a system of value creation—a business model with a clear direction and the means to carry it out.   Here’s how the model looked at Gucci, after the stunning turnaround led by Domenico DeSole and Tom Ford: 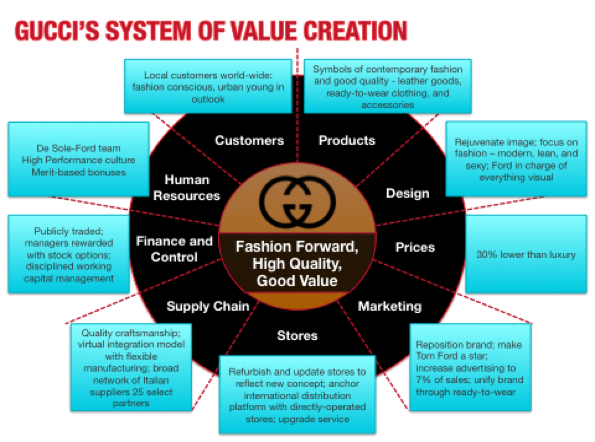 You’ve seen the corporate strategic process and have guided many business leaders through it.  Is there an ideal timeframe for revisiting the company strategy?

It depends on the pace of change in an industry; in rapidly developing startup scenarios, the elements of a strategy, even its very core, may need to change frequently; in more stable environments, advantages can be honed longer—sometimes for years, even decades. There isn’t a strategy that will endure forever; often changes are evolutionary, sometimes they’re radical.  Most managers tend to overestimate the longevity of their strategies; they expect them to endure, when what they should expect is that they will have to change.

Talk about the title of the book, The Strategist, and your view of the role of a business leader and why CEO’s need to “take back strategy.”

The title emphasizes the vital human role in strategy, the role a leader, not a consultant, must play.  John Paul Sartre said, “Everything has been figured out except how to live.”  In a company, as in our individual lives, essence is something that must be made, not something that is given.  It’s what a leader owes a business –a reason to matter, an identity, true relevance in its marketplace.  With it, a company can thrive.  Without it, its chances are slim.