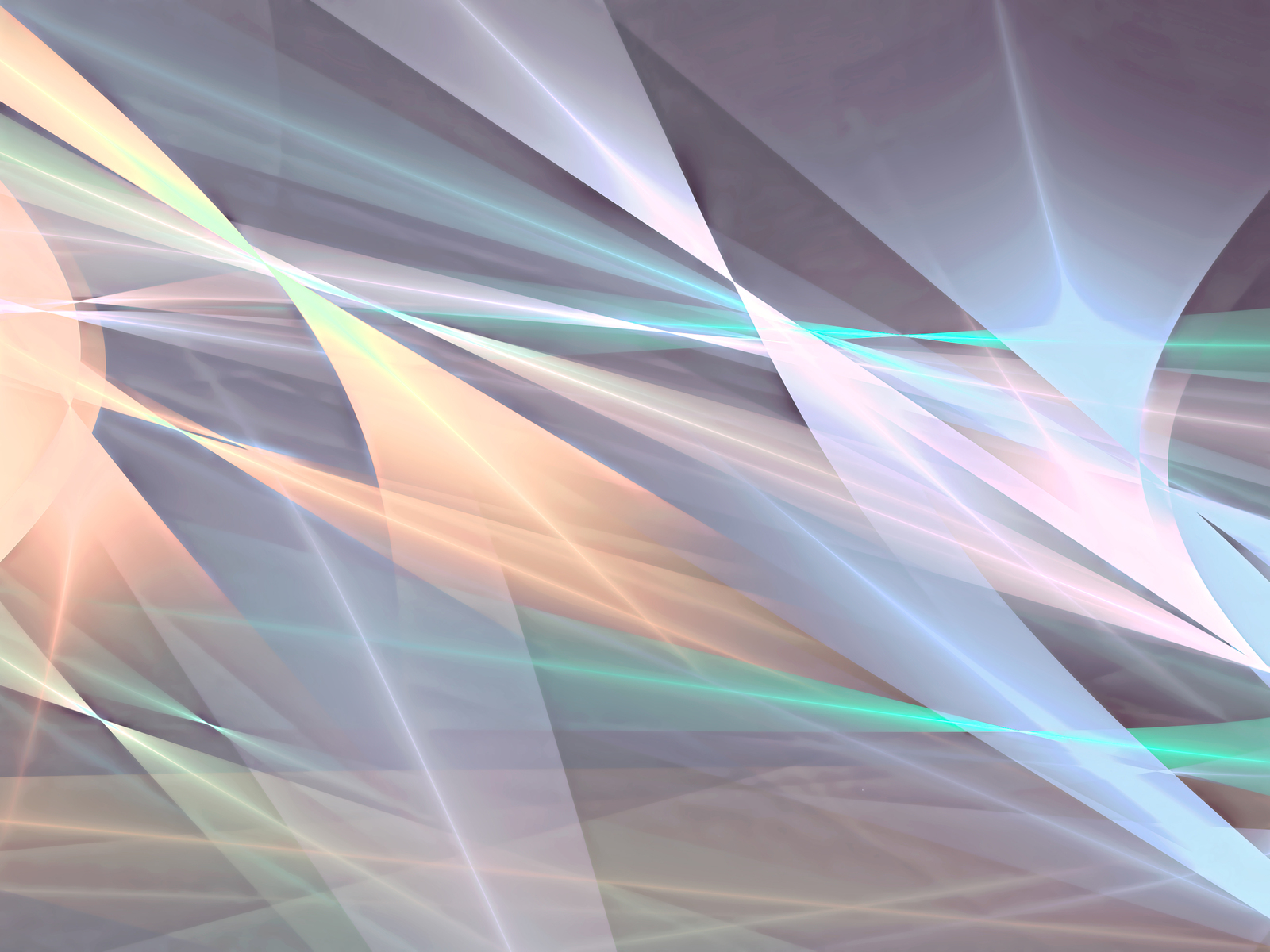 The Importance of Social Design

I read widely to challenge and expand my thinking. In The Intergalactic Design Guide: Harnessing the Creative Potential of Social Design, Cheryl Heller presents a system for putting social design into action. This takes creative abilities and puts them into practice. It’s different.

Cheryl Heller is the founding chair of the first MFA program in Design for Social Innovation at the School of Visual Arts in Manhattan.

What is social design?

Social Design is the design of the invisible dynamics and relationships that affect society and the future. It’s the creation of new social conditions intended to increase human agency, creativity, equity, resilience, and our connection to nature.

It is essentially the same process used to develop innovative products and services, but applied at a larger scale. Instead of a small team of expert designers being responsible for the creative output or product, however, social design is done by cross-disciplinary teams, including both people inside the company and in external stakeholder communities. The goal, in addition to breakthrough products and services, is breakthrough interactions between people that lead to ongoing innovation. Because the process is participatory, everyone learns to do it. Because learning to do it instills a greater sense of agency and possibilities, everyone who participates is transformed.

How is it different from traditional design?

‣ It looks far beyond design thinking, which has made significant inroads in business, education and social organizations in recent years. It is an iterative process for developing alternative ideas and strategies based on understanding a “user” and a specific problem. Social design’s purview is whole communities or societies.

‣ The design process isn’t relegated to a team of designers, or isolated in a specific phase of the research and development process. Cross-departmental teams, some of whom are designers, are formed around a particular goal or outcome, and everyone participates in the entire process. What are typically sequential activities, performed by a series of experts, like research, problem framing, synthesis, ideation, testing and the like, are collapsed into a series of fluid stages in which everyone’s perspectives are integrated. This not only surfaces opportunities and challenges early, but also gives everyone access to insights that make them smarter, regardless of which stage they are accountable for.

‣ Social design relies on observation and inquiry rather than formal strategies and fixed plans. Preconceived ideas, however brilliant they sound, are to be avoided. Research is undertaken not to prove a theory, but to understand context and reframe questions. Answers are not determined in advance. The ultimate outcome may be fixed and inviolate, but not the step-by-step path to getting there. Observation of patterns, of unexpected reactions, whether in team members or customers, become the source of inspiration and invention—the real-time feedback that makes the idea, when it is developed, far more likely to work and succeed.

‣ Social design employs “making to learn.” That means giving ideas form to which others can react and help refine in collaborative fashion. Instead of waiting to get an idea “perfect” before showing it to its intended audience, users respond to versions in unfinished stages, and that input is incorporated into the design. Making-to-learn relies on iteration, and requires the freedom to pivot along the way, sometimes abandoning an idea, but always long before a big investment has been made. Giving form to ideas makes those ideas more appropriate to the people for whom they’re intended and makes them accessible to more people, and more diverse perspectives, as they’re developed.

‣ The outputs aren’t PowerPoint slides and Excel spreadsheets. Instead, they are maps and sketches and images and pictures underpinned with data that bring to life the entire ecosystem of stakeholders and forces in play. These visual outputs help make sure diverse people are seeing the same thing and can uncover otherwise hidden dynamics.

“Social design relies on observation and inquiry rather than formal strategies and fixed plans.” -Cheryl Heller

How is the role of the designer changing today? 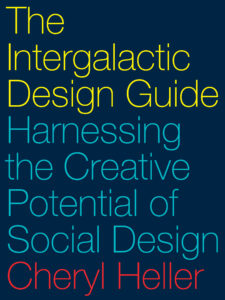 Unlike art, which by definition is free of a commercial agenda, design has served as a powerful tool for business since the dawn of the industrial age. It has built global brands, disrupted industries and changed our lives with technologies. As ours became a civilization fueled by selling “stuff,” design was the means by which that stuff was created. And just as the nature of business has changed radically since Henry Ford invented the assembly line, transformation of the purpose and function of design have been extreme. These metamorphoses can be tracked along multiple dimensions: in the role and influence of the designer, in what is designed, and in its intention and impact.

Characteristics of an Excellent Designer

What are some of the characteristics of an excellent designer?

Social designers are resourceful, observant, open minded and able to live and work with ambiguity. They are excellent critical thinkers, and excellent at mapping and visualizing abstract concepts so that others can access them. They are also good at sense making, or pattern recognition —simplifying complex information. They are systems, big picture thinkers, daring enough to uncover problems they don’t know how to solve.

What are some of the barriers facing organizations trying to adopt the principles of social design?

The principles of social design can seem so familiar and practical that we feel as if we know them all already. “Well, of course, the people most affected by whatever is being designed should have a voice in what it is,” one might think. “They probably do know what would work for them better than an outsider does.” And “Of course, the only certain way to ensure that a big expensive innovation works for users is to get their feedback along the way and make decisions based on evidence rather than prior plans.”

However practical and obvious they sound, when applied in practice, these principles are revolutionary for people with engrained habits (all of us). When ideas come not only from the top but from everywhere, contribution, and therefore value, is redefined. When inquiry is favored over fast decisions, those accustomed to being decision makers, the experts who have made their reputations with ready answers, are required to change their game. People who need to know their next ten steps in advance don’t like to step off the edge of faux certainty. Leaders who demand fast and conclusive answers from their subordinates don’t want to hear about the benefits of not knowing.

The social design process often uncovers challenges different from those assumed to be there. It takes enormous courage to march into uncharted territory and toward that kind of vulnerability. It’s a lot like remodeling an old house. Once the guts are uncovered, surprises emerge that need to be addressed whether they were written into the plans or not. Whereas we know this about old houses, that to make them livable those hidden issues need to be discovered and resolved, it doesn’t automatically carry over into our work with cultures. And whereas it’s obvious that fixing the problems when they are found is more efficient than putting them off for a later date, it’s not easy to explain why this messy process of including the people affected by whatever we’re building together is more efficient than trying to avoid its messiness. It can be difficult to see, until you see it, that time devoted to the minutia of “other people’s problems,” is the best way to get to massive scale.

Mutually beneficial change takes a long time, something we don’t know how to deal with in the twenty-first century. Problems are too complex to fix quickly, too big for us to fix alone. The inbox erupts with invitations to meet-ups, conversations, two-day conferences, webinars and courses promising to provide the kind of wisdom it takes years to learn.

Talk about your hopes for the future if we realize the potential of social design.

The Future is Our Responsibility. The Intergalactic Design Guide illuminates a process for change that contradicts the prevalent assumption that the future is “someone else’s” responsibility. Leaders are using social design to do what others consider impossible. This is a map for how. The need is urgent. It’s simply a question of design.