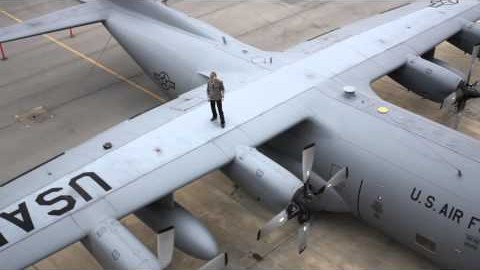 In the United States, this is Memorial Day weekend.  We remember those who have served our nation who have paid the highest sacrifice.  We thank all of the veterans who have given of themselves to serve the country.

It’s also a time to reflect on our country.  Though we have challenges, we are still a blessed nation.

Local artist Beau Davidson is releasing his powerful new video “Blessed” this weekend.  When he shared it with me, I was so moved that I just had to share it with you.  Please take a few minutes this weekend and watch it and share it with others.

After watching the video, I had the following Q&A session with Beau.

What Inspired the Song

Tell us about this video.  What inspired it?

Back in the fall of 2011, I decided to test my songwriting skills by penning material that didn’t involve romance/relationships. I felt like we didn’t have any modern patriotic anthems, so I decided to take a stab at that theme. I also felt that as a nation, there had been a decline in patriotism, other than perhaps the day we got bin Laden, Saddam, or the day after 9/11. I felt as though we became perhaps a bit too apologetic and complacent, and as I looked around at countries like Iran, Syria, and China, I realized how blessed we truly are. I also wanted to revitalize my generation’s own sense of American pride in an age where the Kardashian divorce seemed like a bigger news story to us than a tanking economy. I felt it was time for something uplifting and something that would call attention to the people who fought for our freedom.

Do you think we need a reminder that we are blessed?  Do you think Americans can take our freedom for granted?

I think we need a bit of a wake-up call.  People look at their iPhones at times like they are the Oracle of Delphi, totally oblivious to their surroundings. Technology has brought our ability to connect easier, but I’m not quite sure it has made our relationships deeper. There’s an argument to be made that generationally speaking, we aren’t half the men our grandfathers were. The Occupy movement is a bit of an example: People don’t even know what they’re protesting, but the fact that they can protest is an example of the blessing of our country. One of the lyrics in my song is:

“Blessed that someone braver fought, so that we could have a choice.”

I intended a bit of a double-entendre there: We are blessed that we have enough patriots so that we haven’t had a draft in a long time, but we are also blessed that others fought so that we could choose freely to do as we please. I felt that these words were worth repeating, so the song was a bit of a mission for me. The project was much bigger than me, and I think every artist should experience that.

“Blessed that someone braver fought, so that we could have a choice.” -Beau Davidson

The interviews with our heroic veterans are emotional and moving, weaved perfectly throughout the video.  Did you interact with any of them personally or have any background stories you’d like to share?

The great folks at the 118th Airlift Air National Guard were incredibly accommodating.  They arranged for our veterans to come speak, and I did not hand pick them. We arrived for our shoot with veterans of WWII (94 years old), Korea, Vietnam, Desert Storm, and Iraqi/Enduring Freedom. We had no idea necessarily what they’d say other than that I had prepped them with the question, “How do you feel blessed to have served your country?”  Interestingly enough, our veteran from the Korean War, Donald Hall, is the father of our Desert Storm veteran, David Hall, so it was really neat to have that family connection represented as well. It is hard not to be moved when we pan from our 94-year-old WWII veteran to our young Enduring Freedom veterans: You see service all across generations.

What’s your hope for America this Memorial Day weekend?

My hope is that we reflect on what the country stands for. Sure, we’re not perfect, but we are the last great hope for freedom. Alexis de Tocqueville talked about this in Democracy in America, and I think we are at a critical point in our nation’s history. I don’t want to see the things that our forefathers fought for go to waste. We can’t be controlled by hedonism, so I think it’s important this Memorial Day to remember and honor those who have served. I don’t think it’s prideful to call ourselves the greatest nation on earth, but we have to uphold that title, and that entails not becoming like the other countries around us. When the military reviewed the video for final approval, I was told that this was a much needed morale boost for the challenges they face in the upcoming years, so it really was my blessing to do something for them.

“My hope is that we reflect on what the country stands for.” -Beau Davidson

Who inspired you vocally?  You have quite an eclectic vocal background.  Didn’t you major in opera?

I majored in vocal performance at Northwestern University, but I was born in Memphis, so I guess you could say I’ve been around music all of my life. I’m fortunate to have parents who supported my musical interest and came to every talent show, production, or performance. I was very inspired by Elvis and what he was able to accomplish as a genuine artist. In fact, most of the singers who defined the “Memphis Sound” were some of the greatest we’ve known. It is their passion I try to put in my own recordings and performances.

You’ve mixed entertainment and music.  Let’s talk about some of the interesting shows you have been on.  What was it like guest starring on Days of Our Lives and Gilmore Girls?

I have been lucky to mix my interests in music and the screen. Days and Gilmore Girls were fun, but they didn’t allow me to sing. It wasn’t until I was asked to sing an original song on The Bold and the Beautiful that I was allowed to combine my talents.  On The Bold and the Beautiful last year, I premiered “Blessed” on a Veterans Day episode of the show, which kicked off this whole video idea, coupled with my visit to Walter Reed hospital in Bethesda.

A very different television program is CMT’s The Singing Bee where you appeared as a lead vocalist.  Tell me more about the show and your role.

In 2011, I was hired to be a vocalist on The Singing Bee, on CMT, where I sing everything from Bob Dylan to Foreigner to Brad Paisley, and even, yes, opera. It has really pushed my endurance and vocal range, but I’m thankful for that opportunity.  While most of the show involves country music, I have to cover anything non-country, which is very broad, but I presume that’s why they hired me. It is certainly challenging, but I love the challenge I’m faced with in each show. It never gets old, and I have an incredible time with the cast.