An Interview With a Capitalist Anarchist 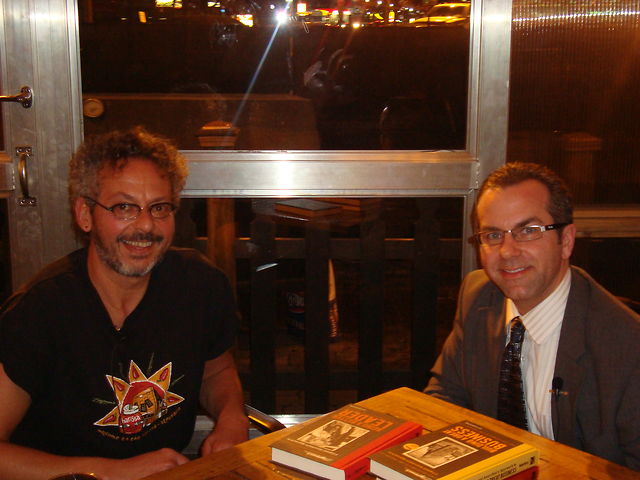 I’ve always been a believer that leadership principles and examples can be found everywhere.  You can see great leadership at work when you watch a parent interacting with a child.  (I think many of us honed our negotiation skills that way, too.)  I’ve learned great truths from watching a movie.  You can learn great principles from unexpected places if you’re looking for them.

In a previous post, I wrote about Zingerman’s, the Ann Arbor based collection of businesses mostly centered around great food.  One of the founding partners, Ari Weinzweig has written several books about customer service, business practices, and leadership.  You will find leadership principles on display at Zingerman’s.  You will also find that Ari discovered some of these principles in the least likely of places.

As a student at the University of Michigan in the 1970s, Ari was influenced by the writings of 20th century anarchists.  He quotes now obscure names like Mikhail Bakunin, Rudolf Rocker and Nestor Makhno.  (Yes, it is odd that an early anarchist turned into an entrepreneurial capitalist.  If you think that’s strange, it’s just part of many ironies involving Ari.  He grew up in a kosher household and is now the author of The Guide to Better Bacon.  He even runs a Bacon Camp.) Though he obviously abandoned his anarchist roots, he adopted some of the thinking in running a business.  He is also careful to explain the difference between anarchy and anarchism.  Anarchy is a “state of leaderless bedlam” where anarchism is a philosophy based on individual respect and freedom from unnecessary authority.  In any case, it seems that his philosophy led him to a high respect for people, allowing them to pursue their own passions, and giving employees more freedom and choice because they generally will do the right thing.

ZingTrain seminars, attended by business people from all over the world, now teach the Zingerman’s way.  In addition, Ari’s new books outline his success blueprint for building a better business.  His books are packed with examples, practical tips, and steps to become a better leader or improve your business.

Leadership Lessons from One of the Most Admired Businesses in America

Let me share with you just a few of the many principles from the ZingTrain seminars and Ari’s books.  In A Lapsed Anarchist’s Approach to Building a Great Business, Ari outlines the twelve natural laws of building a great business:

1.  An inspiring, strategically sound vision leads the way to greatness (especially if you write it down!).

2. You need to give customers really compelling reasons to buy from you.

3. Without good finance, you fail.

4. People do their best work when they’re part of a really great organization.

6. If you want great performance from your staff, you have to give them clear expectations and training tools.

7. Successful businesses do the things that others know they should do…but generally don’t.

8. To get to greatness you’ve got to keep getting better, all the time!

9. Success means you get better problems.

10. Whatever your strengths are, they will likely lead straight into your weakness.

11. It generally takes a lot longer to make something great than people think.

12. Great organizations are appreciative, and the people in them have more fun.

Do You Make These Résumé Mistakes? 17 Résumé Don’ts from the CEO’s Desk