Aim Higher: How to excel at giving employee feedback 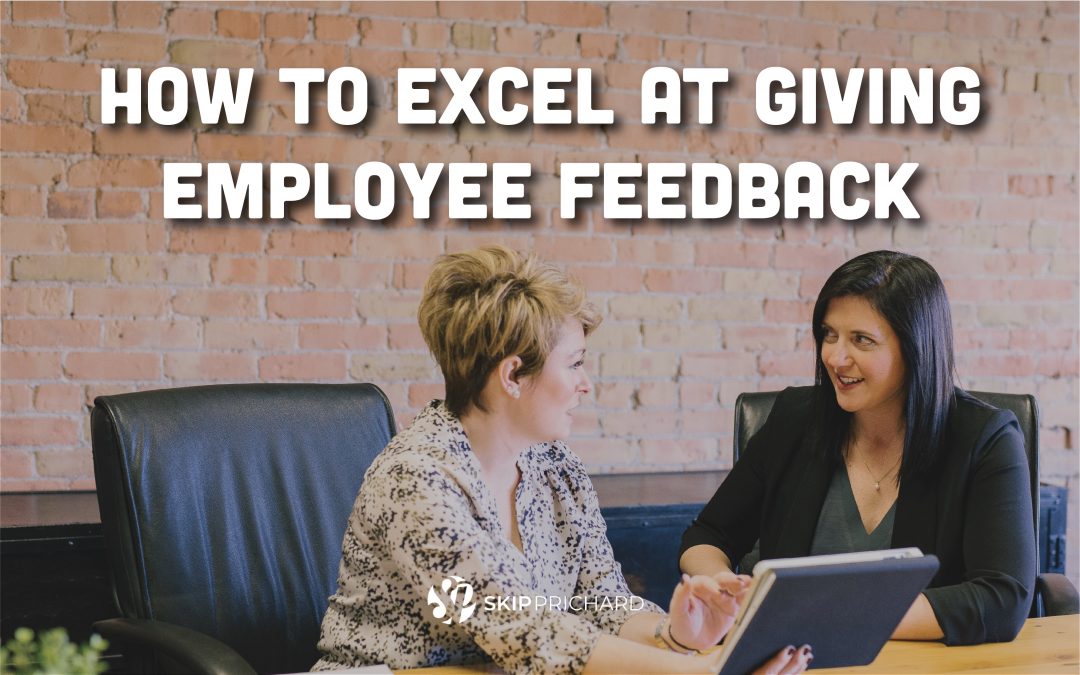 I don’t know if you’re familiar with the term “negativity bias,” but I know you’re familiar with how it works. Sometimes called the “negativity effect,” it’s the idea that we are much more likely to fixate on and remember negative comments, events, and emotions than positive ones, even if they have a very similar level of value or intensity. So, for example, if you were to unexpectedly find $500 at some point, but then later somehow lost $500… the latter would feel much worse than the former felt good, even though they’re exactly the same in terms of value.

We even have many more words for the “bad side” of things than the good!

Don’t believe me? How many terms can you think of for getting a bad deal vs getting a good one? Try it and see without peeking at a thesaurus. At the bottom of this post, I’ll share what I was able to come up with.

“Feedback should be back-and-forth, not a blast of hot air from a manager.”  – Skip Prichard

What’s the point relative to employee feedback? Well, that while we all crave it, we also fear it. Because for most people, the word “feedback” is synonymous with “negative criticism.” Which is a shame, because good, regular, positive feedback can be one of the biggest motivators for a team. And good, regular, supportive criticism can ALSO be one of the biggest motivators, because it helps your employees get a better handle on what they need to do to meet and exceed your expectations.

“When feedback happens honestly, you get a high-performing culture.” – Tammi Spayde

As a leader, it’s your job to put an end to the notion that feedback means once-a-year, routine, insincere, negative, box-checking. You can take charge of this vital tool and make it so much more–a regular, important, and positive engine for growth and employee satisfaction.

Give a listen as my panel of leadership experts shares some great thoughts on how they put this into practice. It’s not an easy topic, but they’ve each got good, specific ideas for taking your feedback skills to the next level.

Stat: 65% of employees want more feedback on their work.

Answer to the “Good vs Bad Deal” synonym question: Seriously, all I could think of as synonyms for getting a good deal were “bargain” and “value.” But when I started in on the negative side? I came up with fraud, con, racket, cheat, hoax, hustle, shakedown, sting and grift. Isn’t that crazy? That we have so many more words for getting ripped-off (there’s another one!) than having a wonderful, positive purchase experience?

How to Develop Mental Toughness

Negotiate from the Inside Out