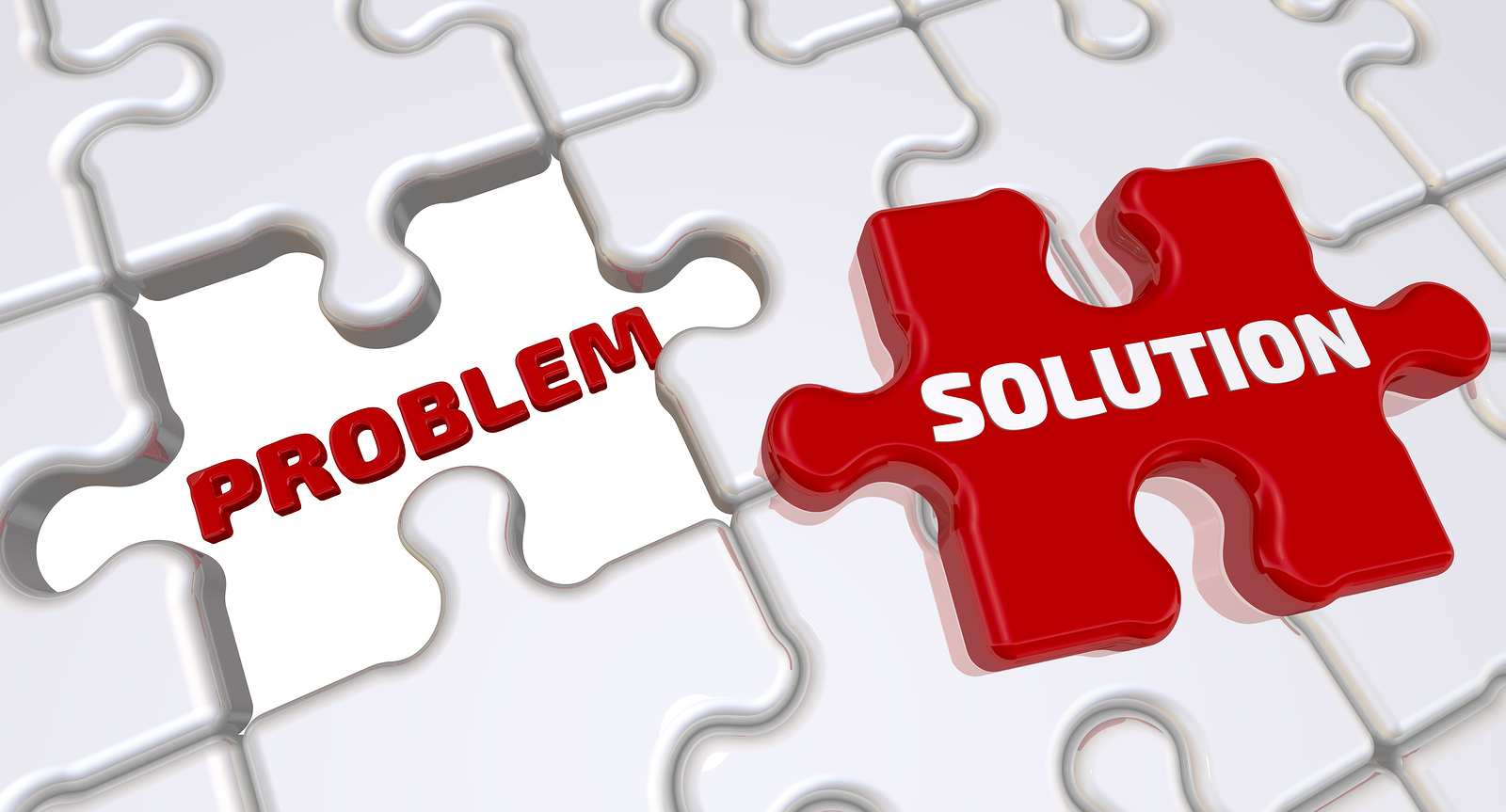 Complex problem solving is the core skill for 21st century teams. It’s the only way to keep up with rapid change. Winning organizations now rely on nimble, iterative problem solving, rather than the traditional planning processes. I had the opportunity to speak with Charles Conn and Robert McLean, two McKinsey alums who share a seven-step systematic approach to creative problem solving that will work in any field or industry. Their new book is BULLETPROOF PROBLEM SOLVING: The One Skill That Changes Everything .

“Problems are not stop signs, they are guidelines.” -Robert H. Shuller

Would you share a little about the evolution of managerial skills and what skills are needed in the current era?

This new era of focus on creative problem solving has been ushered in by massive disruption of the old order in business and society. New business models are rapidly emerging from revolutionary Internet, machine learning, and bioscience technologies that threaten the status quo in every field. Technology change is speeding business up and providing an edge for disruptive innovators.

As a consequence of accelerating change, the old model of managerial skill development and application is no longer effective.  It used to be that you could learn the core skills for a career in college and graduate school – think management, accounting, law – and then apply it over forty years.  Strategic planning in business assumed an existing playing field and known actors. Today savvy business leaders are prioritizing complex problem solving skills in hiring rather than old domain knowledge, and emphasizing agile team problem solving over traditional planning cycles. This approach rewards the ability to see and quickly respond to new opportunities and threats over the slower traditional big company departmental responses.

We are seeing growing awareness of this. David Brooks of the New York Times said recently, “It doesn’t matter if you are working in the cafeteria or the inspection line of a plant, companies will only hire people who can see problems and organize responses.” And The World Economic Forum in its Future of Jobs Report placed complex problem solving at #1 in its top 10 skills for jobs in 2020.

“Every problem has in it the seeds of its own solution. If you don’t have any problems, you don’t get any seeds.” -Norman Vincent Peale

For those who feel ill-prepared for this era, what are the best ways to acquire the needed skills?

Unfortunately, despite an increasing recognition in the business press that problem solving is the core 21st century skill, our universities and graduate schools rarely teach systematic problem solving or modern team decision making skills. This is starting to change, and we are seeing that in moves by the OECD and Council for Aid to Education (CAE) which administers the College Learning Assessment plus test.

The OECD Program for International Student Assessment (PISA) started testing individual problem solving skills in 2012 and added collaborative problem solving skills in the 2015 assessments. One of the interesting early findings is that to teach students to become better problem solvers involves other capabilities than simply teaching reading, mathematics, and science literacy well. Capabilities such as creativity, logic, and reasoning are essential contributors to students becoming better problem solvers. That is what this book is about.

You share seven steps in your bulletproof problem solving approach. How did you develop it?

The 7-steps approach to problem solving has its roots in the hypothesis-driven structure of the scientific method, but was developed into an approach for business problem solving at McKinsey & Company.  Charles wrote one of the early internal documents to systematic problem solving in McKinsey, and both of us have developed the approach further for application more broadly to personal, social and environmental problems at all scales in later work with the Nature Conservancy, the Gordon & Betty Moore Foundation, the Rhodes Trust and in start-up companies where we are investors.

Is there one part of it normally missed or not focused on as much as it should be? 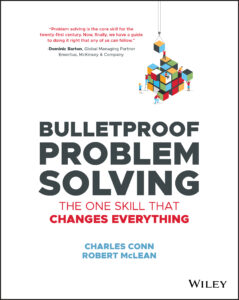 Yes, we find the most common mistakes in complex problem solving are weak problem statements, poor problem disaggregation, and insufficient attention to good team norms.  You’d think the first of these is easy, but we often see teams race off to data-gathering without really understanding what problem they are trying to solve at a detailed level, including the criteria the decision-maker would judge a good outcome by, and what level of precision is required for the organization to act.  When teams fail to disaggregate problems well – we use logic trees and usually try several versions – they often fall prey to asserting answers from past models rather than really doing the work.  Finally, if team processes around problem solving aren’t carefully designed, it is really common for hierarchy and other biases to creep into solutions, smothering really fresh thinking.

“Your problem is to bridge the gap which exists between where you are now and the goal you intend to reach.” -Earl Nightingale

What are some of the best methods for overcoming biases in decision making?

The most important biases to address are confirmation bias, anchoring bias, and loss aversion.  These are deep seated in our psyches and often reinforced by traditional hierarchies. We use some simple team approaches to fight bias, including perspective-taking (the act of modeling another team member’s assertion or belief to the point that you can describe it as compellingly as the other), role playing (where you act out one side or the other of difficult choice, sometimes in a red team/blue team structure), team distributive voting on analyses and solution paths (one approach we have used is to assign each team member 10 votes, represented by sticky notes, and have each team member use them to vote on their favorite analysis, allowing cumulative or bullet voting, with the most senior person voting last, so as not to bias the choices of more junior members). The most important team norm to encourage is the obligation to dissent, which means every team member is required to verbally contest decisions when they disagree, regardless of seniority.

What do leadership teams most struggle with in the new environment?

The biggest challenge is the speed of change, which pressures all the management approaches we were taught in business school, particularly around planning cycles.  The leadership teams that get good at this typically form and re-form cross-functional teams to deploy on issues as they arise, rather than waiting for conventional departmental responses.  And they are comfortable using rapid design cycles to prototype and test products/services in the market, rather than depending on traditional marketing analysis.

How will AI impact the bulletproof approach?

We believe good organization problem solving will increasingly utilize advances in artificial intelligence to predict patterns in consumer behavior, disease, credit risk, and other complex phenomena.  Machine learning is getting better at pattern recognition than most humans. But that isn’t the whole story. To meet the challenges of the twenty-first century, mental muscle and machine muscle have to work together. Machine learning frees human problem solvers from computational drudgery and amplifies the pattern recognition required for faster organizational response to external challenges. For this partnership to work, twenty-first century organizations need staff who are quick on their feet, who learn new skills quickly, and who attack emerging problems with confidence.

For more information, see BULLETPROOF PROBLEM SOLVING: The One Skill That Changes Everything .