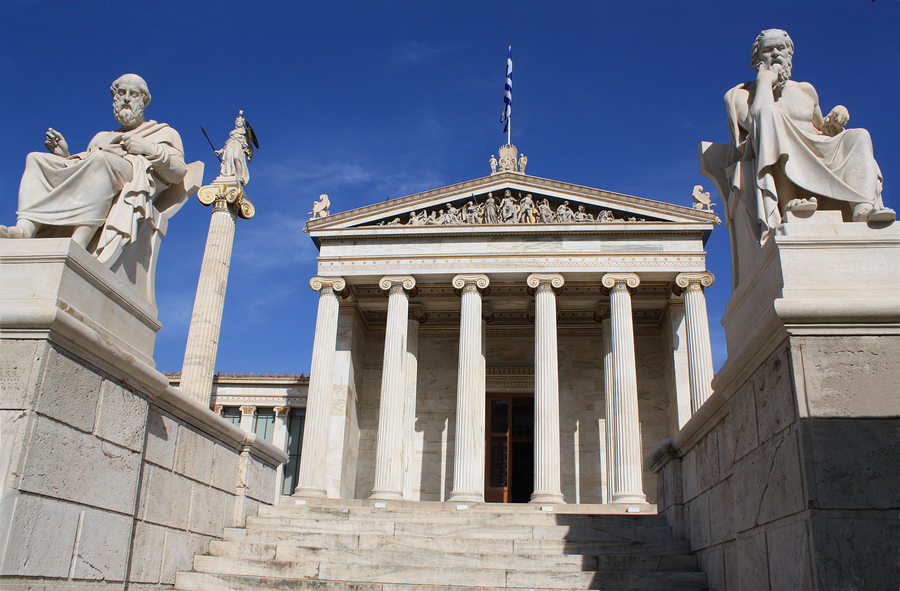 Thai Nguyen is passionate about sparking personal revolutions in the lives of everyone he meets. A Professional Re-inventer: Thai is a 5-Star Chef, International Kickboxer, Writer, Speaker, and NLP/EFT Life Coach. If you are ready to stop dreaming and start living your Utopian Life, get connected with Thai today at TheUtopianLife.com.

Change is a reality weaved into the human experience. If there’s one thing we can guarantee will never change—it’s change. To move and evolve with our changing environment is crucial: keeping up with technology, advancing in careers, and constantly learning.

That’s not to say change jobs or buy a new car every year; it’s not change for the sake of change, but being more in synch with the seasons of life. Recognize when one door closes and another one opens.

Procrastination is often defeated with a single strike. It’s the first domino that knocks down all the rest. And yes, it’s always the most difficult. But as Aristotle emphasises, the finish line becomes a sudden reality once you launch out of the starting blocks.

A popular mantra for the entrepreneur is to start before you’re ready—everything has a way of falling into place after that.

“Well begun is half done.” –Aristotle

I don’t need a friend who changes when I change and who nods when I nod; my shadow does that much better. –Plutarch (46AD – 120AD)

It isn’t easy to give and receive constructive criticism. It’s hard to even tell a friend they have spinach stuck in their teeth. But what’s unsaid can be more damaging than what is said. Particularly when our words can significantly impact our friends in a positive way.

Much better to tell our friends what they need to hear rather than simply what they want to hear.

I don’t need a friend who changes when I change and who nods when I nod; my shadow does that much better. –Plutarch

Most of us are quick to give advice but slow to listen. Typically when people seek ‘advice,’ they just need someone who will listen. Great counsel takes place in silence, in simply lending your ears to someone.

Our culture celebrates the loud and opinionated, but often wisdom is silent in the prolific prose. Become an economist with words. Speaking less creates space to hear something you really needed to hear.

“We have two ears and one mouth so that we can listen twice as much as we speak.”—Diogenes

The status quo has never astonished anyone. It’s unfortunate that our uniqueness yields to conformity—that in our craving for love and acceptance, we sacrifice ourselves at this altar.

Thankfully, history’s great figures remind us that we do humanity no favors when trying to keep up with the Joneses. Great things come through leveraging our uniqueness and carving out a new path rather than tread the beaten one.

“Do not spoil what you have by desiring what you have not; remember that what you now have was once among the things you only hoped for.” —Epictetus (341 BC – 271 BC )

A simple practice with profound effects: savoring the moment, being thankful for what has been accomplished. Don’t let the uncertain future rob you of your concrete present. We can be so forward thinking that we miss the beauty of the present.

The reward is not only in the destination but also in the journey. Everybody needs the reminder to stop and smell the roses.

A person without convictions is like a ship without a rudder. Every decision that we make can be traced back to our beliefs and world-view. Having clarity on what you believe will give you the confidence to make decisions that are congruent with your convictions.

Frustrations are birthed from decisions that conflict with your inner convictions. So, if you’re not clear on your convictions, or if you conform to every new philosophy on the horizon, you’ve set up a breeding ground for frustration.

Think about what you value in life. Embrace it. Unashamed.

Those who sit on the fence never get anywhere. Having the freedom to express what you believe is an under-appreciated liberty, and an under-exercised ability.

“He that always gives way to others will end in having no principles of his own.” -Aesop