6 Leadership Lessons from a Banker, Pope and CEO 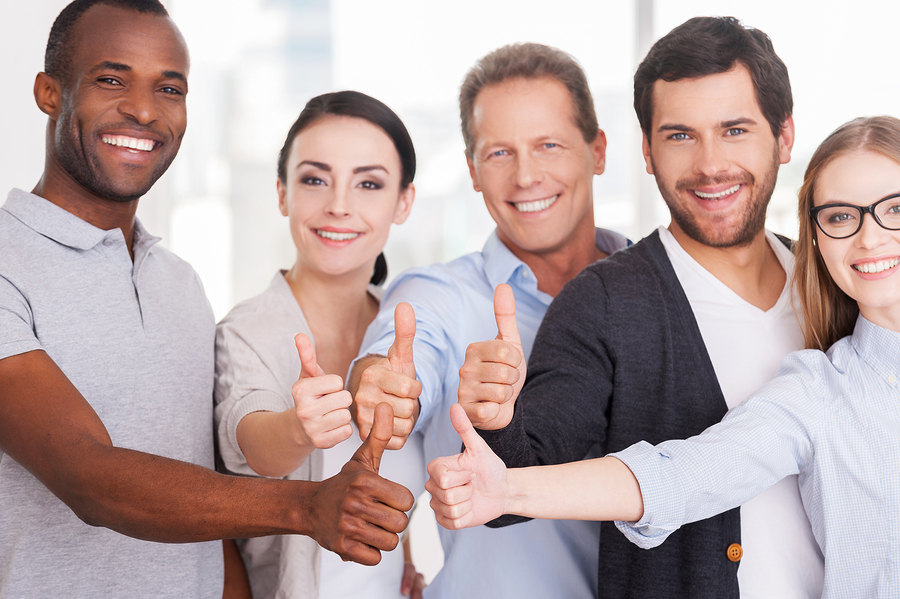 This is a guest post by Rowena Heal, writer at RocketMill. She spends a lot of time with her head in a book or watching too much Sci-Fi. For more information, please check out the Cryoserver blog.

Heading up a team is tough and, unfortunately, a one-size-fits-all approach to leadership doesn’t exist.

From menial tasks, like enforcing a tidy desk policy and coaching best practice for a tidy inbox, to motivating a team to double revenue year-on-year, it’s difficult picking appropriate techniques without falling into the trap of micro-management.

Thankfully, there’s a lot to be learnt from Mario Draghi, Pope Francis and Tim Cook; all of whom have appeared within the top four of Fortune’s World’s Greatest Leaders List.

As President of the European Central Bank, and second on Fortune Magazine’s list, Draghi has a tough job on his hands. Despite this, his abilities to motivate and remain calm are great examples of skills that should be emulated by managers in all fields.

We wouldn’t blame Mario for succumbing to the stress of maintaining financial unity across 18 countries, although he’s yet to do so.

Despite having one of the toughest and most significant jobs in the world, his pledge to do ‘whatever it takes’ to preserve the euro – as well as boasting the nickname Super Mario – highlights his motivational skills.

Managers should take heed of this approach, remembering staff morale often rests heavily on your own emotions; if you’re stressed, rest assure they will be too. If things are getting a little shaky within the business, keep the team motivated – chances are the positivity will help pull you all back out of a slump.

Mario’s often praised for his down-to-earth approach to his job; something arguably unexpected when under so much pressure. Draghi’s less than lavish lifestyle outside the office – his family celebrated his son’s graduation in a pizzeria in Milan – keep him grounded in work, too.

We’re not suggesting you remove all luxuries from your life, just don’t spend hours bragging about big expenses to staff that cannot afford the same – it’ll only create barriers. Remaining down to earth is a great way to ensure team members can speak to you openly and avoids issues with secrecy or intimidation.

Now a few months into his second year as leader of the Catholic Church, Pope Francis is responsible for economic reforms at the Vatican and has driven a spiralling discussion on divorce and homosexuality throughout the Church.

Author Jeffrey A. Krames believes there are at least 12 leadership lessons we can learn from Pope Francis, but we’ve picked two we deem important and applicable.

Francis demonstrates enthusiasm for learning from the people around him, creating a Council of Cardinal Advisers comprised of eight members from across the world with ideologically varied views. This group advises him on all major actions and has been deemed the ‘most important decision-making force in the Vatican,’ by John L. Allen, author of The Francis Miracle: Inside the Transformation of the Pope and the Church.

When heading a team, don’t be afraid to ask for advice from staff. Weigh up opinions and come to a conclusion based on this. Even if you still opt for your original decision, it’ll feel reassuring to know others are backing your verdict.

Asserting authority doesn’t have to go hand in hand with bossiness, and it’s important to remember how important your staff are – you wouldn’t be able to do your job without them.

Be more approachable by immersing yourself into the business – as well as the office. Francis is a clear advocate for leading with humility, and you can imitate this quality, starting with simple steps, like abandoning your office for a desk space next to your colleagues, or spending less on lavish business lunches.

Replacing Steve Jobs as Apple CEO was never going to be an easy task, but Cook has accomplished it—making it to number one on Fortune’s list.

We can take some final advice from his leadership qualities.

“There is no respect for others without humility in one’s self.” -Henri Amiel

It must have been tempting for Cook to feel he needed to be the next Steve; regardless, he resisted.

Ignoring criticism, Tim soldiered on, differentiating himself from Jobs in various ways, evident through examples of him speaking out on societal issues.

Regardless of whether you’ve recently been promoted into the role or if you’ve been heading up your team for years, it’s important to be yourself and avoid conforming to a persona that isn’t you.

“Do your thing and don’t care if they like it.” -Tina Fey

6). Be nice AND competitive:

Yes, it is possible! Cook’s renowned for his tolerant attitude towards Wall Street and the media, but this doesn’t mean he’s a pushover, as can be seen in his determination in lawsuits against Samsung and Google as well as his decision to fire iOS chief Scott Forstall after his disruptive nature was having a negative effect on the company.

To learn from Tim, support those that need it, make time for your staff and be approachable, but if anyone takes advantage, you need to make the consequences clear.

From keeping your team motivated to listening to advice, adopt these key skills from some of the world’s top leaders and you’ll be on your way to manager-of-the-year status in no time.

“Kindness is the language which the deaf can hear and the blind can see.” –Mark Twain

37 Quotes on the Creative Force Within