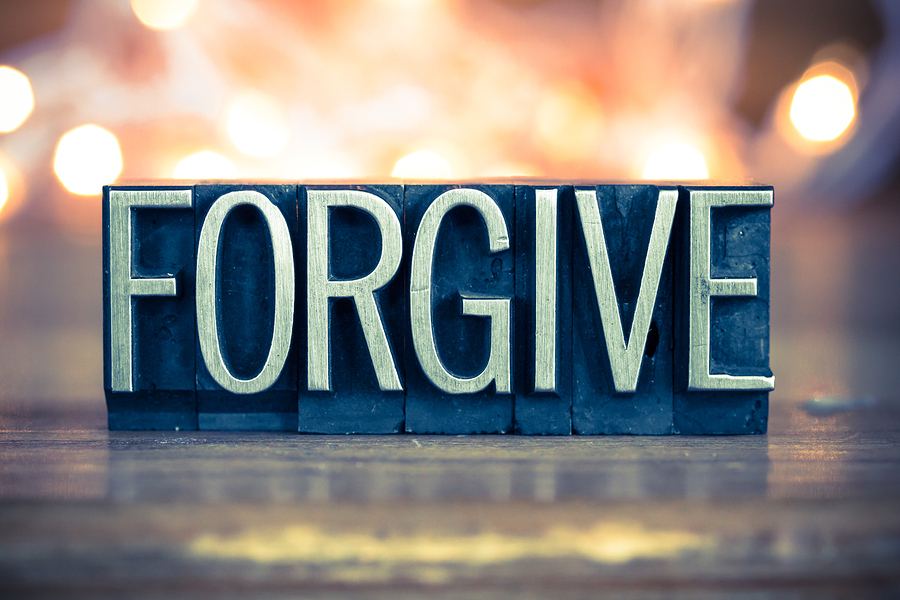 Learning to say I am sorry is more difficult for some of us than others. I’ve learned that the art of the apology is not as straightforward as you would think.

On the other side of the apology is the forgiver. That can be just as difficult to master. Truly forgiving isn’t just uttering a few words and moving on. We often hold on to the events, the past, the words long into the future. And they drag us down.

One of a leader’s most powerful attributes is the ability to forgive. Forgiveness can be a powerful opportunity for reconnection both with the offender and with ourselves. Learning to forgive can help a person move forward in life rather than becoming a roadblock to success.

Here are a few quotes on forgiveness to inspire you:

“The weak can never forgive. Forgiveness is the attribute of the strong.” –Mahatma Gandhi

“Forgiving what we cannot forgive creates a new way to remember. We change the memory of our past into a hope for our future.” –Lewis Smedes

“When a deep injury is done to us, we never heal until we forgive.” –Nelson Mandela

“To err is human; to forgive, divine.” –Alexander Pope

“Forgiveness is the key to action and freedom.” –Hannah Arendt

“There is nobility in compassion, a beauty in empathy, a grace in forgiveness.” –John Connolly

“When you forgive, you in no way change the past—but you sure do change the future.” –Bernard Meltzer

“Forgiveness is a choice, but it is not an option.” –Joel Osteen

“Hate. It has caused a lot of problems in this world, but it has not solved one yet.” –Maya Angelou

“It can be hard to forgive and let go but it’s important to remember that harboring the resentment and holding a grudge can hurt you even more. The word ‘forgive’ really means to give something up for yourself not for them.” –Jack Canfield

“Forgiveness is not an occasional act; it is a permanent attitude.” –Martin Luther King, Jr.

“I forgive myself and set myself free.” –Louise Hay

“Everyone says forgiveness is a lovely idea, until they have something to forgive.” –C.S. Lewis

“If we really want to love we must learn how to forgive.” –Mother Theresa

“Mistakes are always forgivable, if one has the courage to admit them.” –Bruce Lee

“If you cannot forgive and forget, pick one.” –Robert Brault

“Forgive, forget. Bear with the faults of others as you would have them bear with yours.” –Phillips Brooks

“Forgiveness is a reflection of loving yourself enough to move on.” –Dr. Steve Maraboli

“Forgiveness liberates the soul. It removes fear. That is why it is such a powerful weapon.” –Nelson Mandela

“Forgiveness is not a feeling; it is a commitment. It is a choice to show mercy, not to hold the offence up against the offender. Forgiveness is an expression of love.” –Gary Chapman

“Forgiveness is the fragrance that the violet sheds on the heel that has crushed it.” –Mark Twain

“Forgiveness is a virtue of the brave.” –Indira Gandhi

“What is forgiven is usually well remembered.” –Louis Dudek

“Forgiveness is not always easy. At times it feels more painful than the wound we suffered, to forgive the one that inflicted it. And yet, there is no peace without forgiveness.” -Marianne Williamson

“Forgive others, not because they deserve forgiveness, but because you deserve peace.” –Jonathan Huie

“Always forgive your enemies; nothing annoys them so much.” –Oscar Wilde

“Forgiveness is the final form of love.” –Reinhold Niebuhr

“To forgive is to set a prisoner free, only to discover that the prisoner was you.” -Lewis B. Smedes