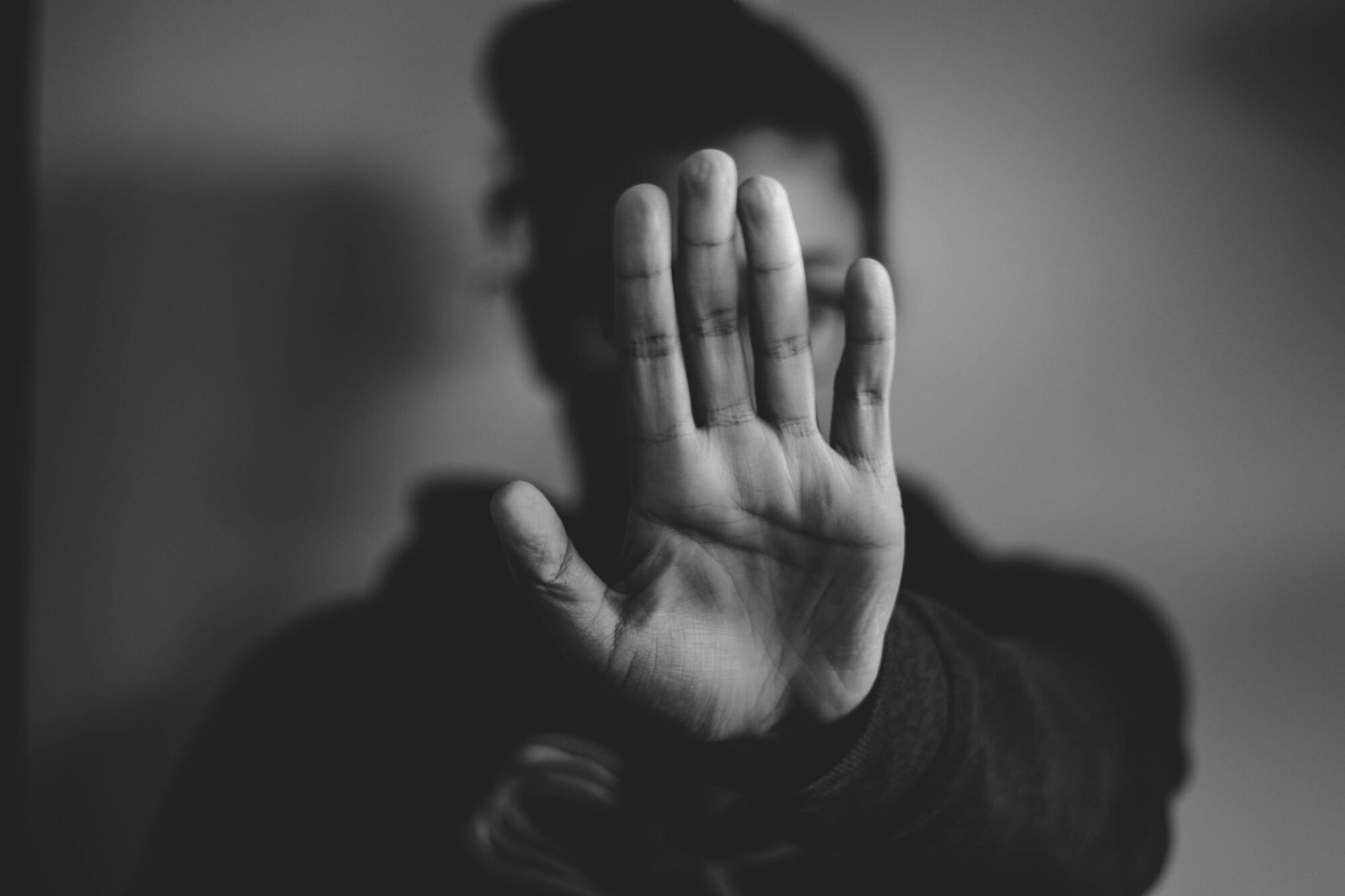 The following is excerpted with permission from From Conflict to Courage: How to Stop Avoiding and Start Leading (Berrett-Koehler Publishers, 2022) by Marlene Chism.

The three dysfunctional behaviors that leaders use to avoid discomfort are avoidance, appeasing, and aggression. Avoiders say “We’re all adults” and “I shouldn’t have to tell them.” Appeasers justify high-conflict behavior because “they are a high performer” or “they have seniority.” Aggressors retaliate and say “I didn’t ask you to work here. Find another job.”

Some leaders put off (avoid) difficult conversations because they’re afraid of their own aggression, they don’t want to make someone cry, or they view themselves as a “nice leader.”

Yelling at an employee (aggression) won’t improve their performance or build trust, but some leaders do it anyway. The release of anger feels good in the moment and dissipates some of the discomfort.

We tell a high-driving salesman we’ll consider the product next year (appeasing) to get him off the phone. We tell people what they want to hear instead of engaging in a tiring conversation where they might pick an argument.

“You have to stop focusing on your past and focus forward for your growth. You owe it to yourself, to your employee, and to your organization.” -Marlene Chism

Some leaders know they avoid and readily admit they hate conflict. The rest of us don’t realize how much we choose comfort over accountability. Case in point: Are you eager to step on the scale after a weekend of binge eating? Me neither. But the point is, the facts are what they are, whether you know it or not. If you have a nonperforming salesman who isn’t making rain, you can avoid having an accountability conversation. In that case you’re choosing comfort before growth for yourself and the nonperformer.

If there’s a bully employee in your department, you may deny it, but the bully is still creating toxicity that’s about to explode—whether you know it or not. Ask yourself this: Am I walking on eggshells to avoid the bully? Are you avoiding because they are a good performer otherwise? Figuring out why you aren’t addressing the issue is half the battle. Looking to the future is a great motivator. What happens if you keep avoiding? Choosing small comforts in this moment often means accepting crisis in the future.

A big excuse managers have for not having a conversation is “I already know what they’re going to say.” The fact is, they don’t know because the conversation hasn’t yet been had. What they do know is their past experiences, but when we make these assumptions, we’re choosing a past experience over a future possibility. This habit of “already knowing” is costly to our personal and professional growth. You have to stop focusing on your past and focus forward for your growth. You owe it to yourself, to your employee, and to your organization. Denial and justifications only make things worse in the long run. You’re going to have to climb Mud Hill someday, and it might as well be today.

“The distinction between avoiding and appeasing is subtle: when you avoid, employees are in the dark.” -Marlene Chism

The distinction between avoiding and appeasing is subtle: when you avoid, employees are in the dark. They can’t tell if you’ve forgotten or if you’re just afraid to have the conversation. When you appease, employees might think you’re nice, or they think you agree when you don’t; they think you’re interested when you’re not. Appeasing is telling someone what they want to hear to get the issue off your plate. If you’re a “people person,” it feels good to see their eyes sparkle when you tell them something they want to hear. In the end, appeasing erodes trust. How many times has your own boss said something like “Good idea! I’ll get back to you” but they never did?

Let’s explore appeasing. Suppose you disagree with a colleague, but instead of saying “I disagree” and opening up for dialogue, you say, “You have some excellent points, but I have a meeting. Let’s discuss it later.” Do you really circle back to discuss later, or is it more convenient to let it slip into the dark?

Most of us use appeasing at least some of the time—for example, when you don’t want to let someone down when they ask you to work on a project, be on a board, volunteer for a committee, or do whatever with them. You feel honored, but your insides are screaming “NOOOOO!” But—you want them to like you. You don’t have the energy for listening to them try to convince you, so you say yes. Saying yes felt good in the moment, but after the high wears off, you feel resentful and misaligned. You decide to back out later.

You just have to create a little white lie that they’ll buy into: Your mother is sick. Your teenager is having a breakdown. Your car is in the shop, and you don’t want to hold up the project. “Maybe next time,” you say with feigned regret in your voice. All of these behaviors compensate for the discomfort you feel when your decisions are misaligned.

“Aggression can be a sign that the individual has reached their capacity.” -Marlene Chism

Then there’s aggression. Aggression ranges from behaviors such as eye-rolling, the silent treatment, dirty looks, innuendos, sarcasm, telling someone off, putting someone in their place in front of others, name-calling, threats, voice-raising, fist-pounding, rage, and violence. I’ll be transparent here. I’ve had to work on eye-rolling and sarcasm, and I’ve raised my voice plenty of times. I find I’m most aggressive when I’ve been fretting about something for too long and I’ve had the conversation in my head and not with the other person. Just ask my husband. He’ll confirm.

Remember my boss that I told you about in the previous chapter? He didn’t play games, and he didn’t undermine, eye-roll, or give dirty looks. No, he was straightforward. He was rude and defensive. He seemed to take any complaint as a personal threat rather than interpreting a complaint as an employee caring about what’s going on. He used discounting remarks rather than really listening to complaints.

Aggression can be a sign that the individual has reached their capacity. They’ve probably been stewing about something for quite a while, and their emotions are boiling over. Or they’re holding grudges they haven’t resolved, or their physical needs aren’t being met and they’re exhausted, hungry, or overworked. When we’re at capacity, we use the one or two tools in our toolbox to manage conflict: shaming, intimidating, or some other tactic.

What’s interesting is that aggressive types often think they’re good at addressing conflict, much like the unseasoned managers I spoke about earlier. They say things like “The buck stops here.” What they really mean is that they know how to avoid real conversations without it being called avoidance. The point is, they’re every bit as uncomfortable with conflict as the person who avoids or appeases; they just have a different method of operation.

Once I noticed these patterns, my goal was to understand the root cause of conflict mismanagement. I used to think the pattern was due to lack of skills development. This is when I would go into an organization and provide what was requested: a workshop. The workshop would work for a while, but the patterns would creep back in, or at worst, a manager would try to course correct an employee only to be overridden by their director.

No matter what kind of training is offered, skills development alone won’t override a culture where senior leaders override their managers’ decision-making. Top leaders sometimes think they need to micromanage because their managers are in the weeds, but there’s a reason—the culture. On the flip side, even when the culture supports accountable conversations, the lack of skills development can cause some messy course corrections. If a nice manager in a supportive culture that offers skills development simply doesn’t have the inner fortitude and courage, problems naturally seep in. So, what’s at the root of avoidance? Lack of experience, skills development, character, or personality? It’s the lack of conflict capacity.

For more information about this book see From Conflict to Courage: How to Stop Avoiding and Start Leading.

Marlene Chism is a consultant, international speaker, and the author of  Stop Workplace Drama (Wiley 2011), No Drama Leadership (Bibliomotion 2015), and the latest book, From Conflict to Courage: How to Stop Avoiding and Start Leading (Berrett-Koehler 2022). She is a recognized expert on the LinkedIn Global Learning platform. Visit her at MarleneChism.com.