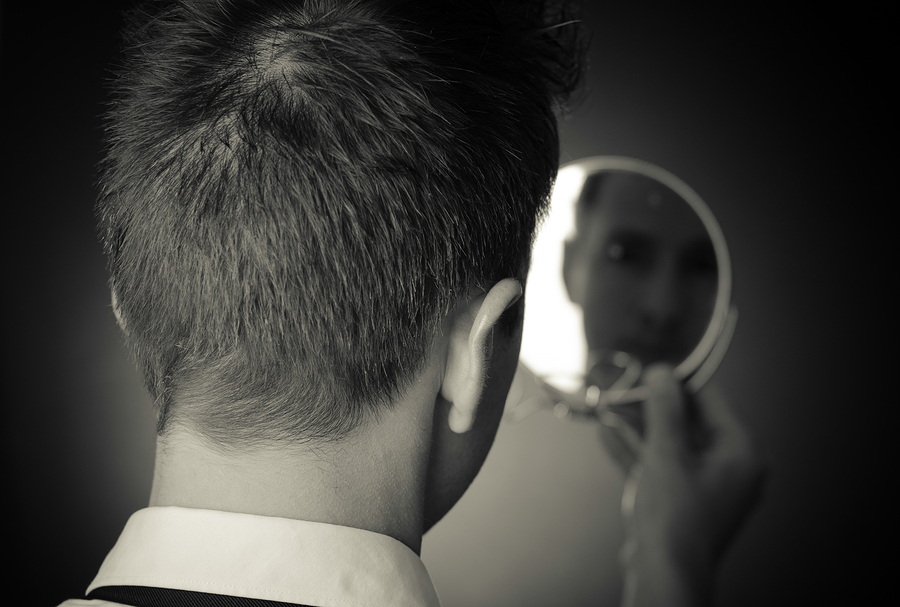 This is a guest post by Thai Nguyen. The power of words to evoke positive change motivates Thai to write. Formerly a professional chef and international athlete, he’s now somewhere in the world with a backpack, MacBook, and a story to share. You can follow his work at The Utopian Life, Facebook or Twitter.

It all begins with looking in the mirror.  Success in the public world goes hand-in-hand with success in your private life.  Effective leadership flows from effectively leading yourself.

Our empirically dominated culture places all focus on the external and physical world, blinding the importance of the internal and mental.  Self-mastery is being in control of the internal thought processes that guide your emotions, habits, and behaviors.

It’s the ability to respond rather than react.  The former is done with intention and awareness, the latter is visceral and without reason.

Self-mastery is captured well in this quote attributed to many:

It seems counterintuitive, but being selfish and focusing on enriching yourself will lead to being selfless and enriching the lives of those around you.

There’s a voice inside your head, and that’s completely normal. It’s your internal dialogue, the inner commentary that strives to make sense of the world.  The first crucial step in developing self-mastery is to become an observer of your thoughts—to become self-aware, self-reflective. To think about your thinking.

Throughout history, psychologists and philosophers have presented theories on the multiplicity of the human mind. Plato divided the psyche into appetitive, logical, and high spirited.  Freud categorized into the Id, Ego, and Superego.  Modern theories continue to be presented and debated.

But they all agree on the multi-dimensional aspect—as strange as it sounds, there seems to be more than one “you” inside of you.  And often, we’re at odd with ourselves.  Self-mastery is about creating inner congruence—an agreement and peace between an external stimulus, our internal interpretation, and our emotional response.

A lack of mindfulness will respond to external stimulus immediately with an emotional response.  Self-mastery causes a pattern break and allows for an internal interpretation to take place.  Stop, fully observe the emotions welling up inside you and the thoughts that present themselves.

Self-mastery requires this observation and recognition.  Label the emotions and thoughts as they present themselves.

“Becoming the best version of yourself will equip you to spark change in others.” -Thai Nguyen

2. Make Peace With Your Past

While there’s truth in the statement, we’re the sum total of our experiences, self-mastery recognizes we’re certainly not confined to them.  It’s not easy to do; our experiences, particularly negatives have a way of seeping deep into our soul.  But although some stains can’t be removed, we can choose not to wear those clothes again.

A personal example, I made peace with my father and our lack of relationship: Acknowledging the post-war trauma he was no doubt affected by, and that he had to play the father role in light of a difficult script.  Self-mastery meant not allowing past negative experiences the power of emotional collateral to spark present and future fires.  As a result, the clean slate has given birth to the relationship I’d always desired.

Making peace with your past allows you an untarnished and more objective approach to the present, ideally resulting in a positive future.  It’s hard to pick up anything new when your hands are full with burdens.  It means to let go, forgive, and as humanly possible, to forget.

Author Eleanor Brown has a great quote on mastering your past:

“There are times in our lives when we have to realize our past is precisely what it is, and we cannot change it. But we can change the story we tell ourselves about it, and by doing that, we can change the future.”

Challenging your thought patterns and reasoning will help with self-mastery.  Putting on the other shoe and playing devil’s advocate will uncover weaknesses and holes in your thinking.  A more critical mind will result in making better decisions.  You’ll be able to iron out any unreasonable biases that appear in your logic.

Whatever decision you’re working through, come at it from as many different angles as possible.  Debate with yourself, have a spirited argument.  You may be surprised at some of the insights you come up with.

The more you journal, the more you’re aware of your behaviors and thought patterns, and subsequently, the more ability you have to change and grow.  Author Susan Sontag highlights the transformative power:

“On Keeping a Journal. Superficial to understand the journal as just a receptacle for one’s private, secret thoughts — like a confidante who is deaf, dumb and illiterate. In the journal I do not just express myself more openly than I could to any person; I create myself.”

Laying out your thoughts and goals in writing is like drafting the blueprint for construction.  Dr. Gail Matthews is a psychologist from Dominican University, her research took 267 participants and found that those who wrote down their goals with specific weekly strategies had a 76% success rate compared with 43% who merely stated their goals.

Mastering the personal habit of setting time aside to journal will truly turn your dreams into reality.

Research: 76% success rate for those with written goals compared to 43% who did not write goals down.

Self-mastery means always taking an active approach in life: being a performer rather than a spectator.  The landmark case thrusting the Bystander Effect into psychology studies was the stabbing of Kitty Genovese in 1964.  While details are still debated, it’s reported that 38 witnesses to the murder did nothing under the assumption others already took action. Psychologists explain this as diffusion of responsibility: the more bystanders present, the less likely people will step in to help.

When a situation obviously calls for a response, a self-mastered person takes initiative and steps right in.  There’s no room for passivity and sitting on the bench.  Don’t hesitate, just do it. Follow through with what you know is right.

“Success in the public world goes hand-in-hand with success in your private life.” -Thai Nguyen

This psychological strategy can be understood in the question, Is the glass half empty or half full?  Cognitive reappraisal is reinterpreting an event in a way that reduces the negative response or completely replaces it with a positive one.  So, rather than being fired from your job, you see it as freedom to become your own boss.

It’s changing your interpretive lens to uncover the the silver lining.

An extreme case that some may find unsettling, but highlights the power of cognitive reappraisal, is shared by author Andrew Solomon in this Ted Talk:

“One of the other mothers I interviewed when I was working on my book had been raped as an adolescent and had a child following that rape, which had thrown away her career plans and damaged all of her emotional relationships. But when I met her, she was 50, and I said to her, “Do you often think about the man who raped you?” And she said, “I used to think about him with anger, but now only with pity.” And I thought she meant pity because he was so un-evolved as to have done this terrible thing. And I said, “Pity?” And she said, “Yes, because he has a beautiful daughter and two beautiful grandchildren and he doesn’t know that, and I do. So as it turns out, I’m the lucky one.”

Have an honest assessment of your strengths and your weaknesses.  That means dropping the pride and ego and owning up to your ugly parts.  The first step to recovery is admitting you have a problem.  Self-mastery has to start with self-honesty.

“Self mastery has to start with self honesty.” -Thai Nguyen

A simple exercise is to make three columns: 1) My Strengths 2) My Weaknesses 3) My Goals. Your weakness should turn into strengths, and your strengths should go from good to great. Your goals should include specific ‘Hows” and “Whens” for your progress in each area.  This is something you can include with your daily journaling.

You might find some online personality tests helpful.  This is also a good time to have close friends and mentors share their thoughts.

Flight emergency procedures are the perfect example of the importance of self-mastery.  The emphasis is always on putting on your own mask before helping anyone else—you can’t do much if you can’t breathe.  Likewise, becoming the best version of yourself will equip you to spark change in the lives of others.  Transforming your inner personal world will cause a ripple effect through your outer world.

Leading With Others in Mind

5 Critical Moments to Evaluate Your Strategy