Ree Drummond: A Pioneer in Every Sense of the Word 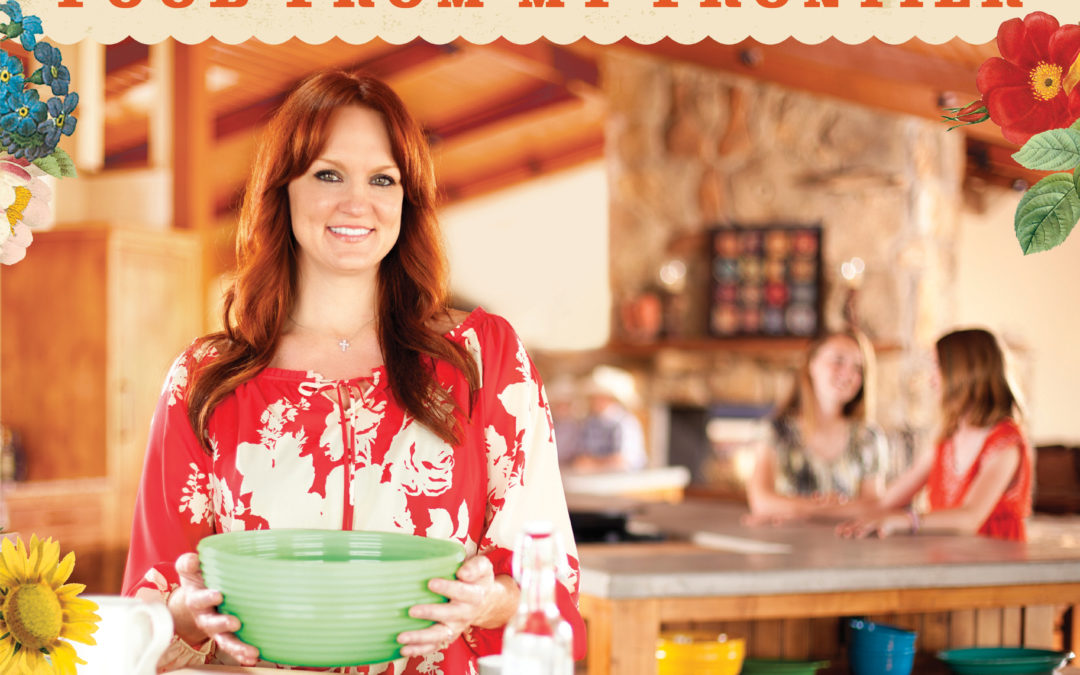 Pioneer Woman Ree Drummond’s list of accomplishments is long and impressive: hugely popular blogger and winner of the Weblog of the Year Award in 2009 and 2010, New York Times bestselling author, Food Network star, one of Forbes’ Top 25 Web Celebrities—and to think it all began several years ago when she decided to start a blog to keep her mother updated on family and life.

She has a new cookbook—her second called The Pioneer Woman Cooks: Food from My Frontier—coming March 13.  I recently asked her questions ranging from her recipe taste testing to the phenomenal success of her blog.

So, in addition to wrangling calves and raising four children, you have your own TV show on the Food Network and you’re a bestselling author.  Do you ever take a break?

Well, since I blog from home, write my cookbooks at home, homeschool the kids, and shoot the TV show here on the ranch, it’s a little more difficult to take a break in the traditional sense.  It’s all around me!  That said, I’ve somehow managed to weave all the elements together in such a way that (so far) it works pretty well.  Not that I couldn’t lie down and take a four-day nap at any given moment if I had the opportunity…

Your blog, the Pioneer Woman, has grown into quite a phenomenon with a huge readership.  What was your goal when you first started the blog?

I had no goal when I sat down and started my blog in 2006, short of just finding a way to easily share photos and stories with my mom, who lived in another state.  Back then, blogs did exist but they weren’t as mainstream and I certainly had no clue it could evolve into other opportunities.  That’s part of what has made this whole experience so fun.  I never could have imagined any of it.

There are thousands upon thousands of blogs on the Web, how did you manage to rise above the fray . . . what do you think has been the key to your success?

There’s no set formula for what makes a blog succeed, of course.  In the case of my blog, from the beginning I posted very regularly and frequently, which kept the content fresh.  I’ve always remained willing to improve and expand, adding different sections to my Web site as the need arose.  And because I’m drawn to color and photography, I think my site is probably pretty visual.  But most of all, I think visitors know that when they come to my site, they won’t be exposed to opinion, commentary, debate, or political rancor.  It’s just a nice, safe place to visit…(unless you count all the chocolate.)

You are pretty open on your blog. Do you find it difficult to balance what you want to keep personal versus public once you have an audience that has a certain level of expectation?

While I am open on my Web site, there are things I do not generally blog about.  I’ve never sat down and drawn out the boundaries, though; they just naturally formed over time.

Your second cookbook is coming–tell us a little about it. How do you decide what recipes to include?  Is there a taste off or some test?

My first cookbook was, well, my first cookbook!  I had no experience in writing a cookbook, obviously, and just jumped in and made it what I wanted it to be.  There were lots of stories about country life, lots of non-food photography.  For my second cookbook, I really wanted to focus on the food and step things up in the recipe and food photography realm.  The book is longer, the pages are larger, and I just kept adding recipe after recipe.  When it was totally finished, I assumed I’d have 80 or 90 recipes in the book.  Instead, I wound up with almost 120!  The recipes are a mix of homey, familiar dishes with some unexpected, more sophisticated things thrown in.  I’m really excited about it.

Does Charlie, your Bassett Hound, have a favorite recipe from the new cookbook?

Charlie’s favorite recipes would be anything from the supper section, as that’s where the meat is.

In your spare time (ha!), what kind of books do you like to read?

There’s no great way to answer this, so I’ll just say it: I’m in a non-reading era in my life.  If I have the time to sit down, I’m usually writing and editing photos.  The day I get to curl up with a book all day will be a happy day for me, indeed.  But I’ll probably read something I’ve already read before, and it’ll probably be by William Styron.

I imagine it has been a long journey from the big city life to little house on the prairie.  Are you happy you made the move?

There is no question in my mind that I am absolutely, positively where I was meant to be.  I can’t imagine living anywhere else.  If someone told me I had to move, I’d run outside, grab onto the biggest tree, and never let go.  (Have I mentioned I love it here?…)