My Visit to Lakewood Church 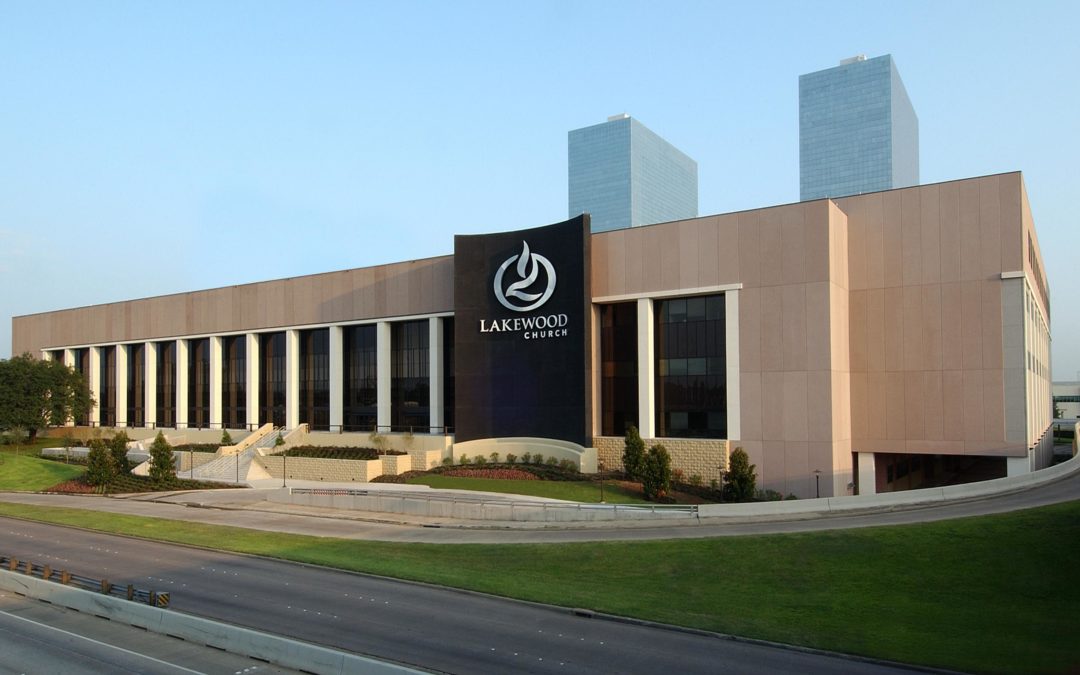 Joel Osteen is the Senior Pastor of Houston’s Lakewood Church, the largest church in the U.S.  He’s immediately recognizable from his television ministry, bestselling books and stadium appearances.

Pastor Osteen has a consistent message of encouragement and hope.  That inspirational message resonates with the members of his home church and also with the millions who tune in to his weekly broadcast.

His was an unlikely rise to the top of a ministry.  For many years, he labored behind the scenes of the church.  His father, John Osteen, encouraged him to preach, but Joel preferred to work quietly in a supportive role.  In 1999, his father again asked his son to preach and Joel finally relented.  Just days later, John Osteen passed away and Joel Osteen officially became the pastor.  His positive message was so well received that the church membership began to grow exponentially.  Lakewood Church is now located in a 16,000 seat arena, the former home of the Houston Rockets.

A few weeks ago, I visited Lakewood and Pastor Osteen.  I wanted to learn more about the mega-church and Osteen’s ministry.  Before the service started, I toured the grounds and witnessed the many adult and children’s classes.  After the tour, I took my seat for the service.  Immediately after the Grammy award-winning musicians took the stage, I knew it would be a day to remember.  Calling it high-energy wouldn’t even begin to describe the experience.  Pastor Osteen then preached a sermon about David and his battle against Goliath.  Afterward, Joel and his wife, Victoria, spent time meeting visitors.

I then spent some time with Pastor Osteen, talking about a number of topics.  I found him warm, sincere and as friendly as you would imagine.  Tomorrow, I will post my video interview with Pastor Joel Osteen.  Though he is obviously busy, and he had been preaching all day, he didn’t leave after our interview.  Instead, he took the time to talk some more about his life, his passion for the church, and his beliefs.

Joel Osteen’s latest bestselling book is called Every Day A Friday: How to be Happier 7 Days a Week.  It is filled with advice for how to have a better attitude.

What lessons did I take away from my visit, my interview and reading his book?  There were many and I have a notebook of ideas, but I will mention three here:

1. Find Your Life Purpose.  Whatever you do, you want it to be in line with your overarching goal.  Observing Joel, I can see that he knows his own gifts and his purpose.  He focuses his energy and talent on it.  He genuinely wants everyone to have a blessed life, and he believes in the positive nature of people.

2. Happiness is a Choice.  As he says, “Whatever challenges you may face, whatever circumstances are weighing you down, you can choose your response.  How you live your life is totally up to you.”  There are seven strategies in his book on how to live a happier, more abundant life.

3. Know What to Ignore.  Don’t allow little things to steal your joy.  We all know how something can try to destroy our day.  There is always a critic waiting to pull you off course.  Learning which voices you should listen to and which you should ignore is an important skill.

For me, learning these and other lessons was a perfect way to finish 2011 and begin 2012.  I enjoyed my visit to Lakewood and the opportunity to meet Pastor Osteen.  I saw a man who was focused on his purpose to lift people up and share Christianity.  He was warm, sincere, and unaffected by his platform.

There are some who condemn Joel Osteen for not taking a stand on certain issues.  Everyone is entitled to an opinion.  My own view is to take Pastor Osteen’s advice:  Don’t judge, condemn and criticize.  Instead, make allowances for others.  He quotes Proverbs 15:4:  “A gentle tongue brings healing.”

When I returned home, I tuned in to watch another of Pastor Osteen’s sermons.  In it, he talked about giving people the benefit of the doubt.  He said to be “generous with your mercy” and that churches should be not be “museums for perfect people” but instead “hospitals for people in need.”

In the same sermon, Pastor Osteen said we should take time to know someone’s story because it will make us more understanding.  That’s what I took the time to do when I was with him, to listen and learn his story.  And that turned some initial skepticism into solid support.  When I thought back to our time together, I was struck by the fact that Pastor Osteen was just as interested in learning about my story as he was in sharing his own.  He was obviously practicing his own sermon.

Every Day A Friday is a perfect follow-up for all of your New Year’s resolutions.  It will help you achieve your 2012 goals.  It’s now on my bookshelf in my office at home as a reference.

A Quick Start for Your Day – My Conversation With Joel Osteen