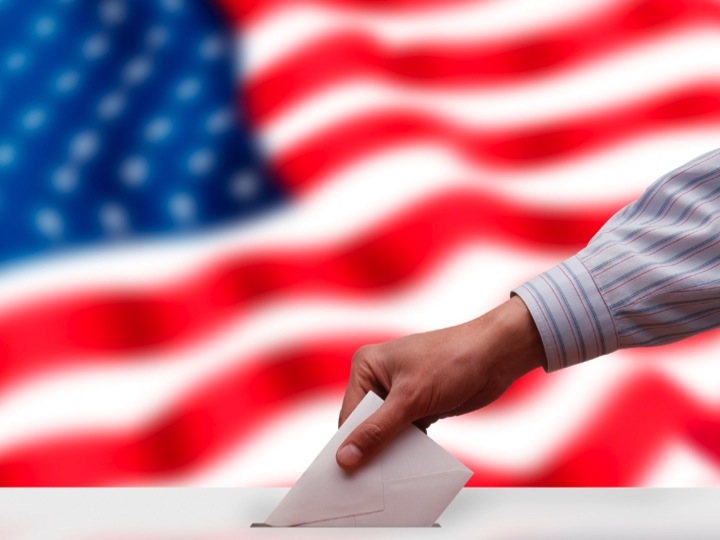 Our democratic form of government relies on the accuracy of our elections, but how reliable are they?  What are the dangers of the technologies we are using?  In a fascinating new book Broken Ballots: Will Your Vote Count?, Douglas Jones and Barbara Simons take readers on a journey through historical issues with voting technologies to modern day issues and the finally ending with recommendations for today.

Whether you are Democrat, Republican, Independent or a member of another party, the integrity of the process is critical.  As elections are now decided by a smaller and smaller number of votes, the perfection we expect will perhaps be scrutinized like never before.

My interview with Barbara Simons:

Your book Broken Ballots is a comprehensive review of the process of counting votes.  It begins with a sweeping view of the use of ballot technology.

I was fascinated to read so many examples of election issues throughout our nation’s history.  Share with us one or two of the more memorable events you outlined in the book.

Unfortunately, there are many examples of machine melt-downs and failures to choose from.  Two that I think are illustrative of the problems of paperless voting occurred in Cartaret County, NC in 2004 and Sarasota, FL in 2006.

In the 2004 election in Cartaret County, a paperless UniLect Patriot touch screen machine (Direct Recording Electronic or DRE) was used for early voting.  Because the machine had a storage capacity of only 3005 ballots and the number of early voters far exceeded the machine’s capacity, 4438 ballots were lost.  Only 2287 votes separated the Republican and Democratic candidates for state Agricultural Commissioner, and a rerun of the Agricultural Commissioner election seemed an obvious solution.   However, various approaches were struck down by the courts, and eventually, 1352 affidavits were collected by the leading candidate from voters claiming to have voted for him.   Since there were enough affidavits to guarantee the election of the leading candidate, and since the judge appeared ready to accept the affidavits, the other candidate conceded. This may be the first time that an election in the United States was decided by affidavits.

The UniLect Patriot cannot be recounted and was decertified in Pennsylvania.  Unfortunately, it will be used in the battleground state of Virginia – the only state to still use that type of voting machine.

In Sarasota, FL in 2006 almost 13% of voters did not select a candidate in the Congressional race, even though only 1.2% did not vote in the Senate contest.  Staistical analysis demonstrated that something was wrong.  Because the votes were held on a paperless ES&S iVotronic DRE, there was no way to conduct a recount.  In early voting a number of voters had complained of “vote flipping.”  Some voters also complained about having difficult in getting the touch screen to register their touches, a problem that we later learned had been acknowledged by the vendor.

Subsequent testing suggested that the problem might have been poor ballot design, though another likely cause is that when a voter was unable to get his or her selection registered because the machine did not respond adequately to touch, the voter gave up on that race.

Because Sarasota is heavily Democratic and the final results were very close, the loss of votes on the iVotronic likely led to the defeat of the Democratic candidate. 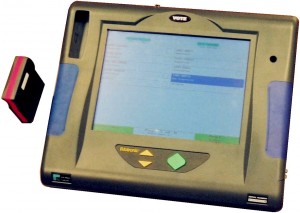 The paperless iVotronic will be used in 2012 in the battleground states of Colorado, Pennsylvania, and Virginia.  It will also be used in Kansas, Kentucky, Mississippi, New Jersey, South Carolina, Tennessee, and Texas.

The first sentence of the book is, “This book never should have been written.”  Tell us why not and what led you to write this book.

The problems highlighted in the book should have been dealt with years ago.  We have known for a long time about the unreliability, inaccuracy, and insecurity of many of the voting systems on which our citizens will be voting in 2012.  We also know what kinds of voting systems we should be using and the legal reforms needed to guarantee the accuracy of those elections.  Yet, in some parts of the country we continue to vote on unreliable voting machines, while not passing desperately needed legal reforms.  We are a first rate democracy with a third rate voting system.

We all remember the 2000 election.  The entire world watched late into the night to see whether Al Gore or George W. Bush won.  Hours turned to days and then weeks.  With all eyes fixed on Florida, the election ended up as a decision by the U.S. Supreme Court.  After that, I thought I’d never hear the words “hanging chad” or “voter intent” again.  That election was a big wake up call for the nation.  What happened after this election to fix these problems? 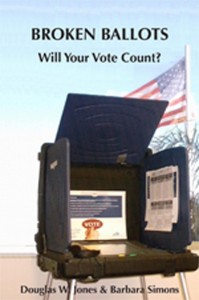 Unfortunately, some people learned the wrong lesson from Florida 2000.  Because of the hanging chads, they felt that the problem was paper.  In fact, the problem was the punch card voting systems, including the fact that the chad trays were not properly emptied in some voting precincts.  In other words, the problem was with the voting technology and how it was used, not with paper.

I thought the Help America Vote Act was supposed to solve the problems, replace old machines and create new standards.  Are you saying it didn’t work?  What happened?

The Help America Vote Act allocated almost $4 billion to replace old voting systems with new “modern” ones.  The law encouraged – but did not require – election officials to purchase (paperless) DREs for voters with disabilities within a few years of the law’s passage.  Consequently, there was a Gold Rush mentality, with many elections officials eager to make purchases and vendors equally eager to reassure that their systems were accurate and secure.  At the end of the election, you just push a button, get the results, and go home … no messy recounts, no late nights.  It took people a while to discover that many of the voting systems that were purchased were worse than the systems they were replacing.  Not only were the new systems insecure, but it is impossible to conduct a recount of the paperless systems.  That means that there is no way to check that the computers inside the machines record and tabulate the votes accurately, and no way to verify that election rigging software has not been inserted into the machines.

Anyone who thinks that the year 2000 was a one-time event may have missed what happened in Iowa this year.  In the Republican primary in Iowa, Mitt Romney was first declared the winner by eight votes.  Only two weeks later Rick Santorum won by thirty-four votes.  Scrutiny only comes with close elections.  What’s your prediction of this in coming years?

There will probably be many close races in the upcoming election for which we will not be able to verify that the correct candidates won.  Not only is it impossible to recount paperless voting systems or votes cast over the Internet, which are also paperless, but many states even have laws that make recounts illegal.  For example, the battleground state of Virginia actually prohibits manual post-election ballot audits of paper ballots (for those areas of Virginia that have paper ballots), except in extremely unlikely circumstances.  While we are gradually eliminating paperless DREs, there is pressure to move to even more insecure Internet voting.  If that happens, our elections will be at risk of attack from anywhere in the world.

It seems everything has been moving online for years:  shopping, banking, paying our taxes, all sorts of transactions.  But you discuss the dangers of voting over the Internet.  Explain why we can’t move to online voting as easy as one would think.

While many people believe that online banking is safe, in fact millions of dollars are stolen annually from online bank accounts.  Banks quietly cover the losses, because they still save money, compared to the cost of building new buildings and hiring new tellers.  One of my favorite viruses is the Zeus virus.  Zeus is so smart that it can steal money from your online account, while showing you what appears to be a correct bank statement.  You will learn of the theft when a check bounces.  Zeus is also being sold on the black market in customized editions.  It is a far easier task to design a virus that makes your online vote appear on your computer screen the way you think it should be, but sends a different version to your local elections official, than it is to steal money from your online bank account.  Because your vote is secret, there is no way for you to verify that the ballot received by the elections official matches the ballot you thought you were sending. 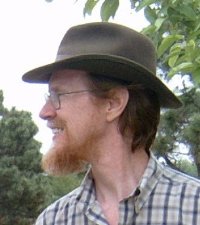 In general, how are we at auditing elections?

Photo ID is now becoming a hot topic and you have a chapter on voter registration.  From your expert view, tell us about some of these issues.

If I were going to steal an election, I would do so by getting an insider to insert election-rigging software into voting machines or by developing a virus to infect the computers of voters sending their ballots over the Internet.  Proprietary voting machine software combined with inadequate laws make it almost impossible for  a computer security expert to examine the software after an election.  Even if such an examination were possible, it could still be extremely difficult to locate cleverly hidden malicious code.

From the perspective of someone wanting to steal an election, rigging computerized voting machines, especially paperless ones, is far more efficient than paying individuals to illegally register and vote.  Not only are individuals at risk of being identified and arrested, but the numbers involved would be relatively small.  By contrast, it would be possible to change large numbers of votes simply by inserting election-rigging code into the software used by hundreds of the same kind of voting machine.

From reading this book, I can develop quite a list of possible problems that could go wrong.  What’s your worst “Broken Ballot” nightmare and is that scenario truly possible today?

I fear that the presidential race will be close and that the outcome may depend on one or two of the battleground states for which it is impossible to conduct a recount.  Our democracy will suffer if we have an election in which roughly half of the citizens do not trust the outcome.  We should have transparent elections in which everyone trusts the outcome. 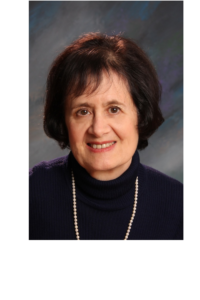 You end the book with a comprehensive list of recommendations.  Without recreating that list, would you share just a few of your recommended actions to improve the process?