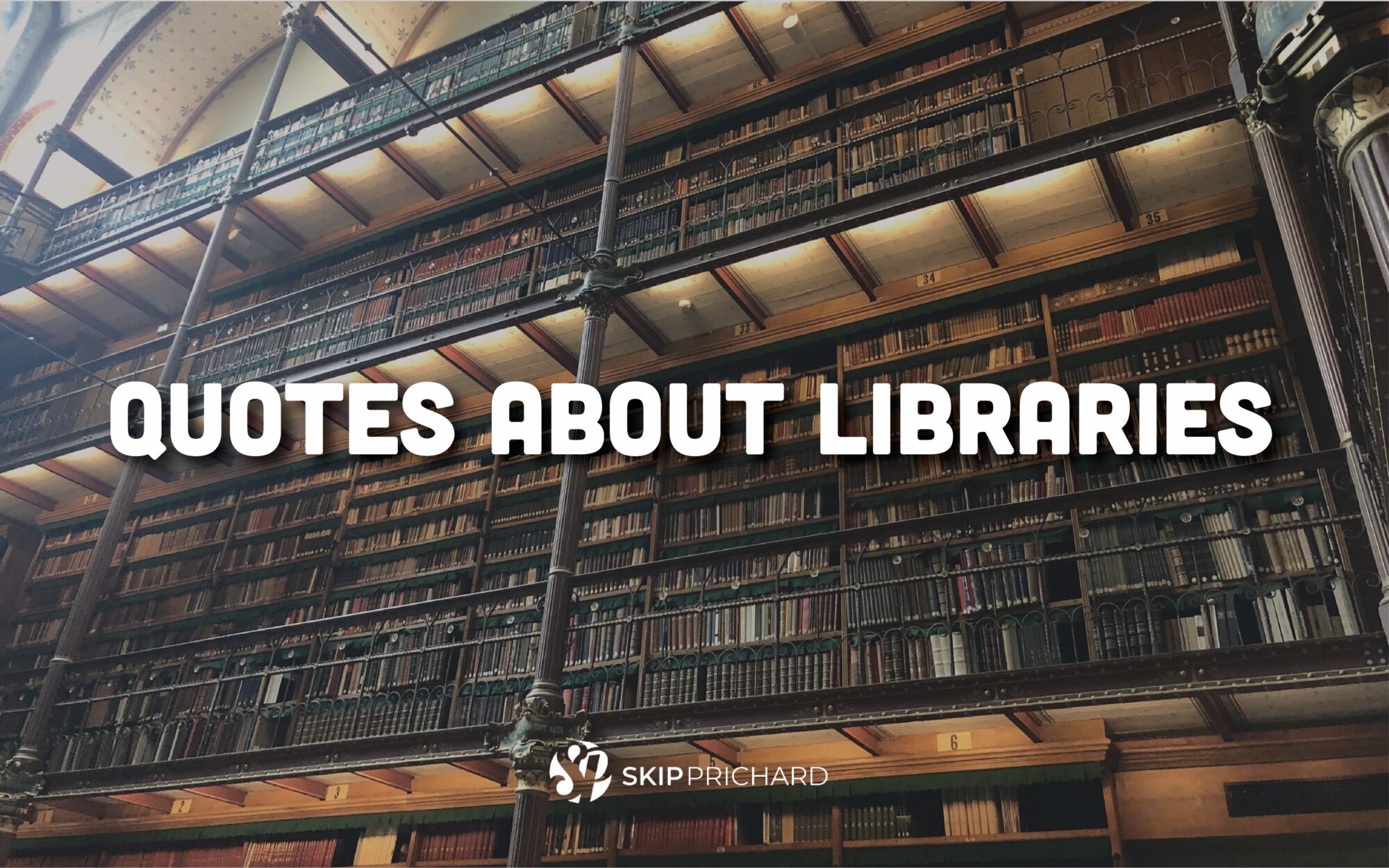 My love for libraries is rooted in my childhood but nurtured and grown throughout my career. I’ve had the privilege of visiting libraries all over the world. Libraries are as diverse as you can imagine from boat libraries carrying materials to remote parts of the world to advanced medical and technological libraries. National libraries, corporate libraries, public libraries, school libraries, academic libraries, law libraries, and personal libraries…all have enriched my life in ways I cannot begin to express.

National Library Week is a week to showcase and celebrate libraries, library workers, and the incredible resources made available to the world through libraries. As part of that celebration, here are a few of my favorite quotes about libraries:

“A good library will never be too neat, or too dusty, because somebody will always be in it, taking books off the shelves and staying up late reading them.” -Lemony Snicket

“We may sit in our library and yet be in all quarters of the earth.” -John Lubbock

“The public library is where place and possibility meet.” -Stuart Dybek

“You want weapons? We’re in a library. Books are the best weapon in the world.” -Russell T. Davies

“A university is just a group of buildings gathered around a library.” -Shelby Foote

“A library is infinity under a roof.” -Gail Carson Levine

“To add a library to a house is to give that house a soul.” -Cicero

“Never argue with a librarian; they know too much.” -Carole Nelson Douglas

“Libraries are places where the damaged go to find friends.” -Tamora Pierce

“Libraries are only good if people use them, like books only exist when someone reads them.” -Nicholas Meyer

“I have always imagined that Paradise will be a kind of library.” -Jorge Luis Borges

“A library is like an island in the middle of a vast sea of ignorance, particularily if the library is very tall and the surrounding area has been flooded.” -Lemony Snicket

“Libraries are the backbone of our education system.” -Karin Slaughter

“The very existence of libraries affords the best evidence that we may yet have hope for the future of man.” -T.S. Eliot

“Well-run libraries are filled with people because what a good library offers cannot be easily found elsewhere: an indoor public space in which you do not have to buy anything in order to stay.” -Zadie Smith

“Whatever the cost of our libraries, the price is cheap compared to that of an ignorant nation.” -Walter Cronkite

“I have found the most valuable thing in my wallet is my library card.” -Laura Bush

“Libraries were full of ideas—perhaps the most dangerous and powerful of all weapons.” -Sarah J. Maas

“Libraries store the energy that fuels the imagination. They open up windows to the world and inspire us to explore and achieve, and contribute to improving our quality of life. Libraries change lives for the better.” -Sidney Sheldon

“A library is not a luxury but one of the necessities of life.” -Henry Ward Beecher

“Libraries are where it all begins.” -Rita Dove

“I shall be miserable if I have not an excellent library.” -Jane Austen

“When the going gets tough, the tough get a librarian.” -Joan Bauer

“The only thing that you absolutely have to know, is the location of the library.” -Albert Einstein

“Libraries are where we learn that we can live our lives through books.” -Kevin Barry

“Without libraries what have we? We have no past and no future.” -Ray Bradbury

“I am what libraries and librarians have made me, with little assistance from a professor of Greek and poets.” -Heraclitus