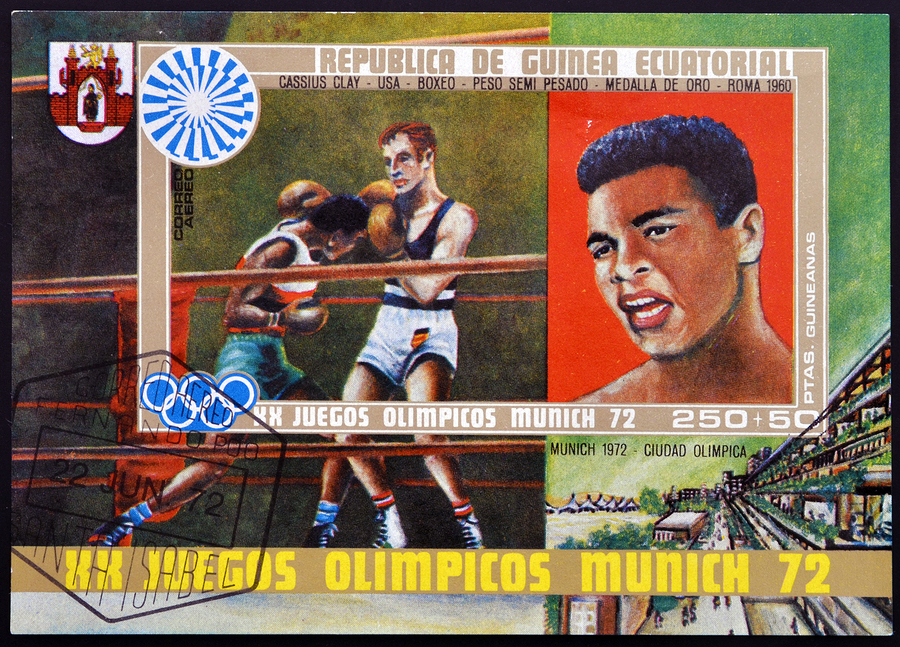 Lessons from the Greatest

Muhammad Ali inspired a generation with his lessons of perseverance, of hard work, of determination, and of giving. A former heavyweight boxer, he transcended beyond boxing to be known as one of the greatest sports figures of all time.

He said he was “the greatest.” Not many would argue with it, either. But he also said, “I am an ordinary man who worked hard to develop the talent I was given.”

His many quotes are memorable because of their imagery and poetic qualities.

Though Muhammad Ali’s life journey has ended, his lessons and quotes will remain timeless reminders. From his passion to his philanthropy, Ali trail blazed his own path and stood out from the crowd.

Let his own words remind you that there’s a champion inside of you—because all of us have the opportunity to be great.

25 Quotes from a Champion

“Float like a butterfly, sting like a bee. His hands can’t hit, what his eyes can’t see.” –Muhammad Ali

“Service to others is the rent you pay for your room here on earth.” –Muhammad Ali

“What you’re thinking is what you’re becoming.” –Muhammad Ali

“It’s lack of faith that makes people afraid of meeting challenges, and I believed in myself.” –Muhammad Ali

“Don’t quit. Suffer now and live the rest of your life as a champion.” –Muhammad Ali

“I know where I’m going and I know the truth, and I don’t have to be what you want me to be. I’m free to be what I want.” –Muhammad Ali

“Only a man who knows what it is like to be defeated can reach down to the bottom of his soul and come up with the extra ounce of power it takes to win when the match is even.” –Muhammad Ali

“It’s not bragging if you can back it up.” –Muhammad Ali

“It isn’t the mountains ahead to climb that wear you down. It’s the pebble in your shoe.” –Muhammad Ali

“The man who has no imagination has no wings.” –Muhammad Ali

“I figured that if I said it enough, I would convince the world that I really was the greatest.” –Muhammad Ali

“To be a great champion you must believe you are the best. If you’re not, pretend you are.” –Muhammad Ali

“I am the greatest, I said that even before I knew I was.” –Muhammad Ali

“Inside of a ring or out, ain’t nothing wrong with going down. It’s staying down that’s wrong.” –Muhammad Ali

“My way of joking is to tell the truth. That’s the funniest joke in the world.” –Muhammad Ali

“Impossible is not a fact. It’s an opinion.” –Muhammad Ali

“What keeps me going is goals.” –Muhammad Ali

“Silence is golden when you can’t think of a good answer.” –Muhammad Ali

“Live every day as if it were your last because someday you’re going to be right.” –Muhammad Ali

“If you even dream of beating me, you’d better wake up and apologize.” –Muhammad Ali

“Age is whatever you think it is. You are as old as you think you are.” –Muhammad Ali

“I’ve made my share of mistakes along the way, but if I have changed even one life for the better, I haven’t lived in vain.” –Muhammad Ali